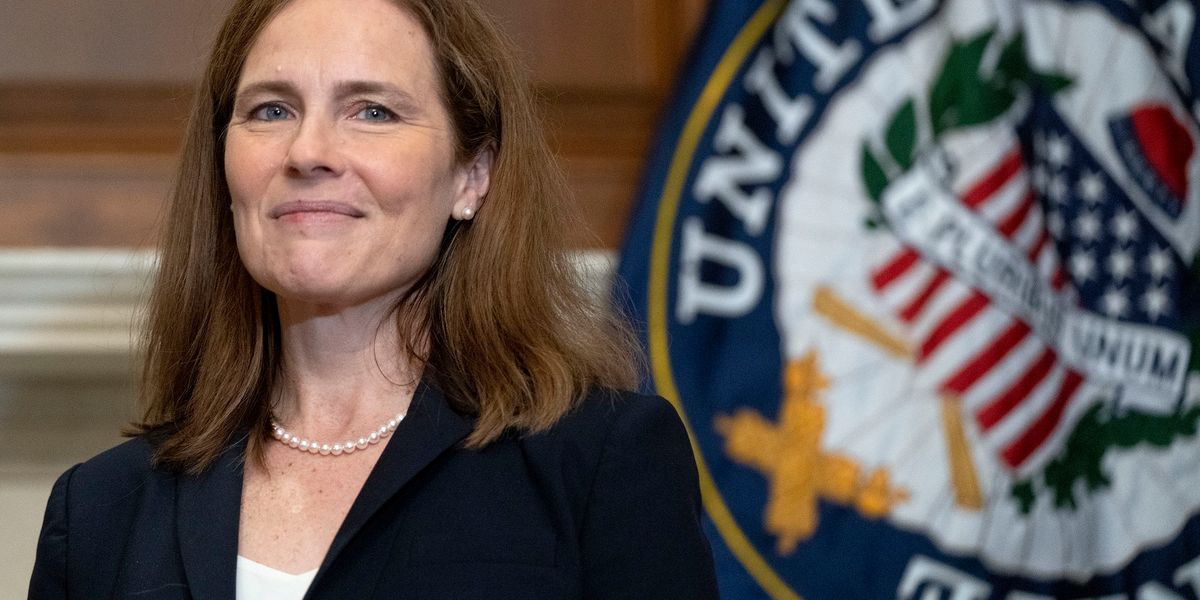 The United States Senate has officially confirmed Judge Amy Coney Barrett as a U.S. Supreme Court justice in a 52-48 vote, despite pushback from Democrats who fought to stop the Republican-led upper chamber from moving forward with President Donald Trump’s nominee to replace the late Justice Ruth Bader Ginsburg ahead of Election Day.

Every GOP senator voted for Barrett’s confirmation except Sen. Susan Collins (Maine), who joined Democrats in arguing that the nomination of a new justice should be made by whomever wins the presidential election on Nov. 3.

Ahead of the actual vote, Senate Minority Leader Chuck Schumer (D-N.Y.), declared from the floor that “today…will go down as one of the darkest days in the 231-year history of the United States Senate.”

He went on to warn Republicans, “You may win this vote… But you will never, ever, get your credibility back. And the next time the American people give Democrats a majority in this chamber, you will have forfeited your right to tell us how to run that majority.”

Majority Leader Mitch McConnell (R-Ky.) gave a history of what has occurred in recent decades in the confirmation of justices, and explained to the chamber in his speech following Schumer’s: “The reason we were able to do what we did in 2016, 2018 and 2020 was because we had the majority.”

Vice President Mike Pence had originally been expected to preside over Barrett’s confirmation vote in the Senate, but those plans were changed after several of Pence’s close aides recently tested positive for COVID-19. As The Hill pointed out ahead of the vote, 52 Senate Republicans were “expected to vote for Barrett, which means the vice president” was not needed to break a 50-50 tie. Sen. Chuck Grassley (R-Iowa) served as Senate president during the proceedings.

Barrett, 48, is expected to attend a ceremony at the White House on Monday evening following her confirmation, where she will reportedly take the constitutional oath administered by Supreme Court Justice Clarence Thomas, a White House official told Fox News.

The outlet noted that “Thomas has long been considered one of the more conservative justices on the Court, along with Barrett’s mentor, the late Justice Antonin Scalia.”

President Trump said earlier in the day that the celebration at the White House would be “not a large event, just a very nice event.”

In addition to the constitutional oath, Barrett must also take the judicial oath before being able to execute the duties of her appointed office, according to ABC News, which noted that “recent tradition holds that at least one of the oaths is taken at the court itself.”

According to The New York Times, Justice Barrett “could start work” at the Supreme Court as early as Tuesday, once she has taken her oaths.

Roll Call reported that Barrett’s confirmation “boost[s] the long-running advantage for justices appointed by Republican presidents from 5-4 to 6-3, which [means] the liberal wing would have to pick up at least two votes from the conservative wing to find any victories in cases on ideologically divisive issues.”