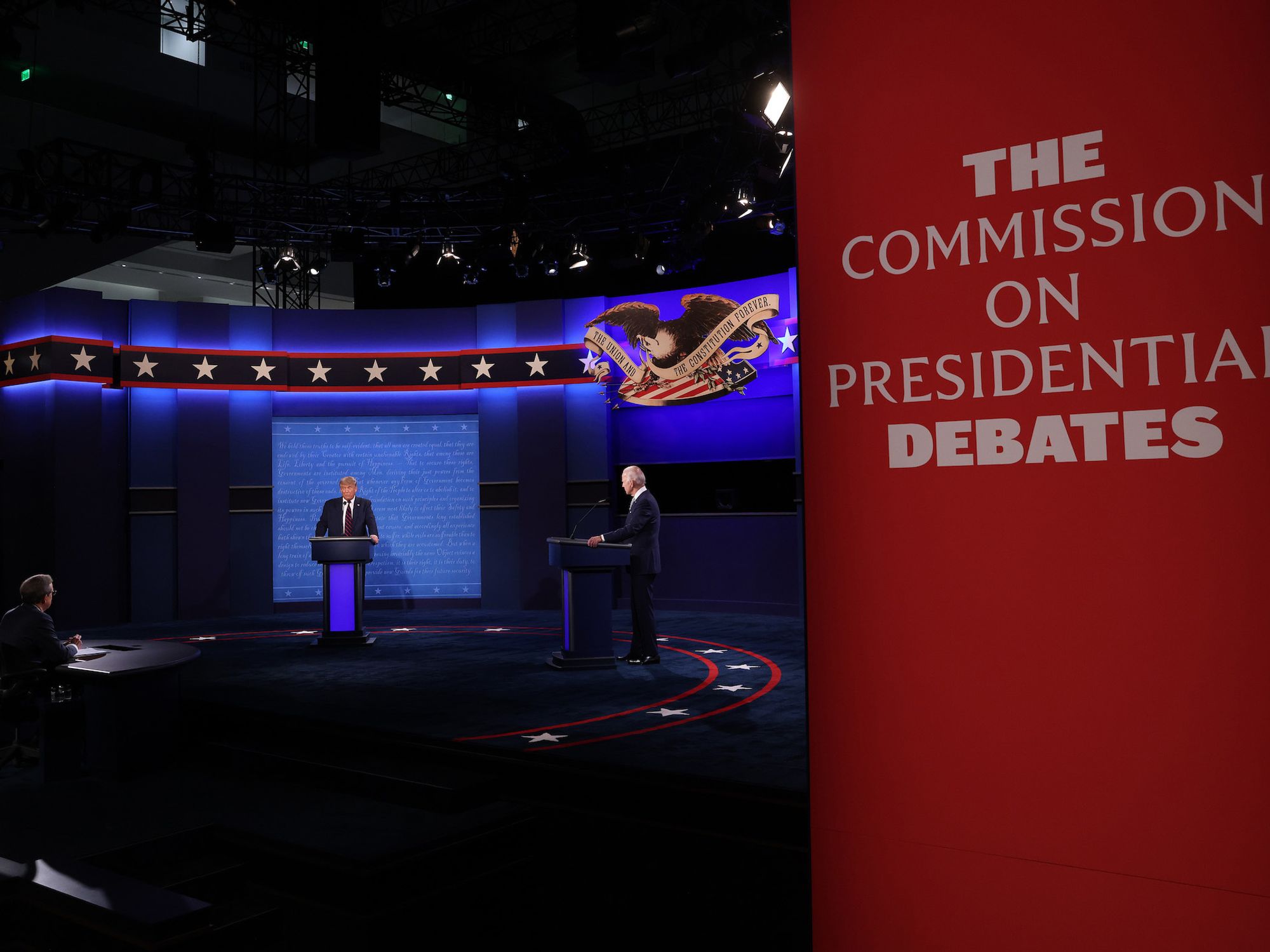 The Commission on Presidential Debates announced that it is changing the rules and will cut the microphone of each candidate when their opponent has the floor for the second debate, and the Trump campaign responded immediately.

The commission announced the change in a statement on Monday.

“The Commission has determined that it is appropriate to adopt measures intended to promote adherence to agreed upon rules and inappropriate to make changes to those rules,” the commission said in part in the statement.

“The Commission is announcing today that in order to enforce this agreed upon rule, the only candidate whose microphone will be open during these two-minute periods is the candidate who has the floor under the rules,” the statement explained later.

“For the balance of each segment, which by design is intended to be dedicated to open discussion, both candidates’ microphones will be open,” the statement added.

The Trump campaign wasted no time in responding and fired off a statement very soon after the announcement.

“President Donald Trump is committed to debating Joe Biden regardless of last minute rule changes from the biased commission in their latest attempt to provide advantage to their favored candidate,” the statement read.

“This was supposed to be the foreign policy debate, so the President still lo… https://t.co/yu5pbmxoAx

“This was supposed to be the foreign policy debate, so the President still looks forward to forcing Biden to answer the No. 1 relevant question of whether he’s been compromised by the Communist Party of China. Why did Biden allow his son Hunter to sell access to him while he was vice president, and why were there Chinese payment arrangements for Joe himself worked out by Hunter and his sketchy partners?” the statement added.

“If the media won’t ask Joe Biden these questions,” the statement concluded, “the President will, and there will be no escape for Biden.”

Critics panned the first debate between President Donald Trump and former Vice President Joe Biden after it descended into a combative free-for-all with both candidates interrupting each other. Fox News host Chris Wallace moderated the debate and lamented later that he lost control of the two candidates.

“I’m just sad with the way last night turned out,” Wallace said. “I never dreamt that it would go off the tracks the way it did.”

The final presidential debate between Trump and Biden is scheduled to take place at 9 p.m. ET on Thursday at Belmont University in Nashville, Tennessee. The debate will follow the format of the first debate, devoting 15 minutes to each topic and providing each candidate with two minutes to respond to prompts from moderator Kristen Welker, a NBC News White House correspondent.

Here’s when the news broke on Fox News: