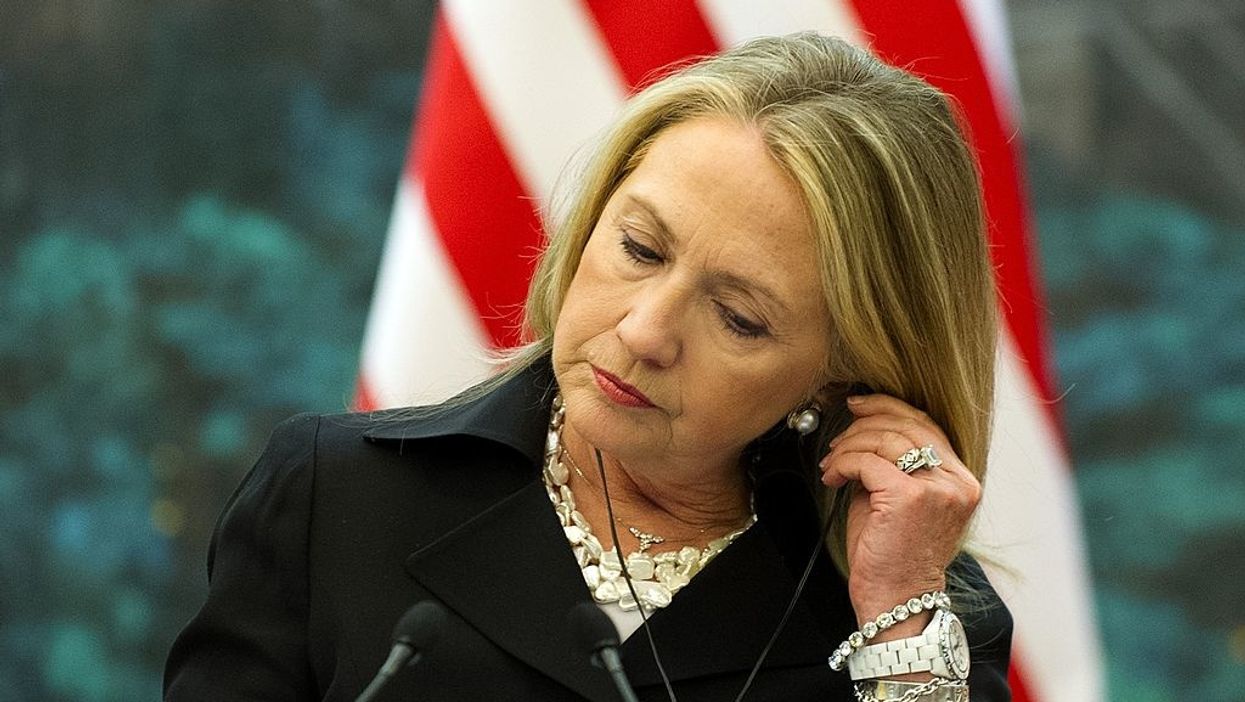 Failed presidential candidate Hillary Clinton is apparently still fuming over her loss to President Donald Trump in the 2016 election.

During a
recent appearance on Kara Swisher’s New York Times Opinion podcast, “Sway,” the former secretary of state alleged that she was “born” to be president and that it literally makes her “sick” to her stomach to think of another Trump win.

At one point during the lengthy interview, Swisher asked Clinton if she thought a woman president would handle the coronavirus pandemic more ably.

Clinton quickly responded by tooting her own horn, saying, “I have no doubt, especially if it were me.”

I was born for that. I mean, that’s why I knew I’d be a good president. I was ready for crises and emergencies, and I would have done what you see these women leaders doing. You listen to the science. You bring in people in an open, inclusive way. You communicate constantly, you make the case by explaining why what you’re doing is in the long-term interests, not only of health, but also, of the economy. Yeah, I have no doubt in my mind at all that I would have stepped up to that crisis.

Later in the interview, when the topic of Trump’s re-election chances came up, Clinton jumped in, saying, “I can’t entertain the idea of him winning.”

“It would cause cognitive dissonance of a grave degree,” she said before adding that even thinking about a potential Trump win would also make her physically ill.

It makes me literally sick to my stomach to think that we’d have four more years of this abuse and destruction of our institutions, and damaging of our norms and our values, and lessening of our leadership, and the list goes on. But there’s no doubt that he would do everything he could to attack and punish anyone who was, in his view, an adversary …

… I don’t think he has any boundaries at all, Kara. I don’t think he has any conscience. He’s obviously not a moral, truthful man. So he will do whatever he can to lift himself up. And remember, as I said, he lives with this specter of illegitimacy. He knows more about how he got really elected than we still do. Hopefully, we’ll learn more in the years ahead.

Clinton, who has since endorsed Democratic nominee Joe Biden, last year reportedly considered running for president again in 2020. Clinton has had a difficult time getting over her 2016 loss, allegedly thinking about a rematch with Trump “all the time.”

Yet despite exuding obvious bitterness about the result of the election four years ago — even alleging that it was illegitimate — Clinton wanted listeners to know that it’s Trump, not her, who remains plagued by the outcome.

But Clinton seemed sure that, this time around, Biden would do what she couldn’t do and seal an Electoral College win over Trump. Part of the reason for that, she said, is that “most Republicans are going to want to close the page” on the Trump era.

“They have been cowards, spineless enablers of him,” she added. “They want to see him gone as much as we do, but they can’t say it publicly.”