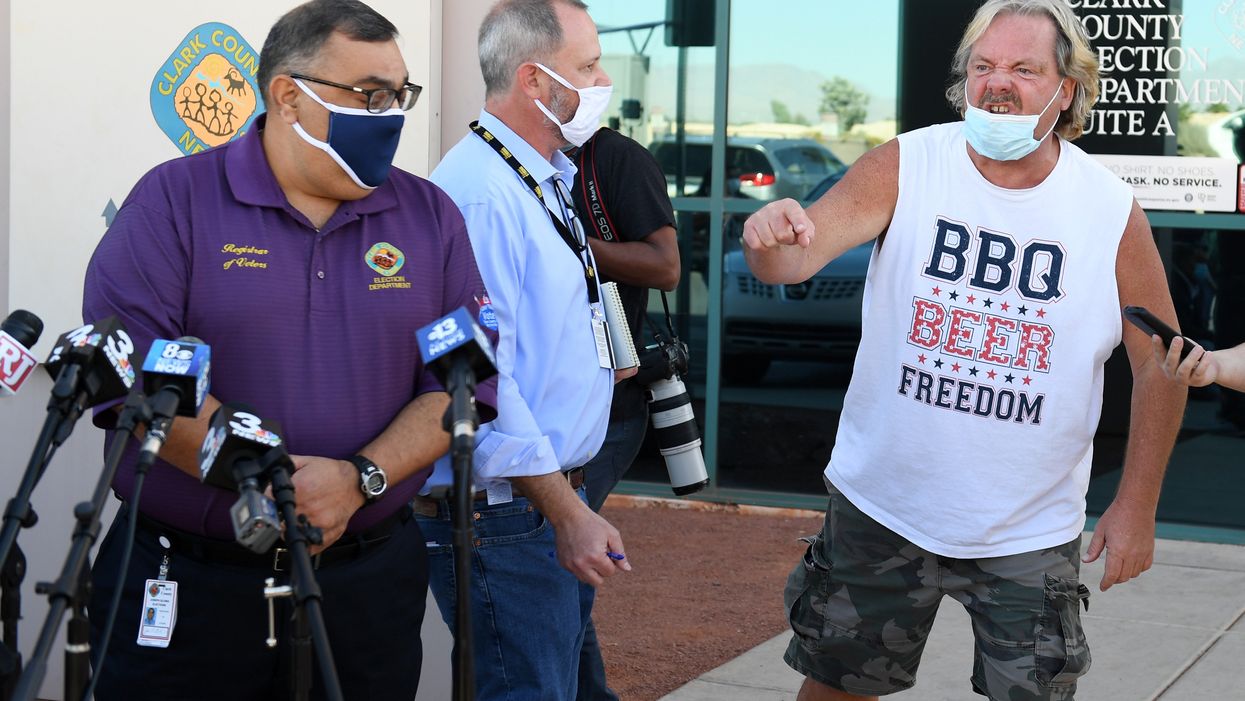 Video of a man wearing a T-shirt reading “BBQ Beer Freedom” has gone viral after he gate-crashed a Nevada press conference on the presidential election.

According to Newsweek, a clearly irate blonde man can be seen appearing behind Nevada’s Clark County registrar of voters, Joe Gloria, who was providing an update on the state’s election.

The man, who remains unnamed at the time of this reporting, begins shouting that “the Biden crime family is stealing the election” and “the media is covering it up.”

Wearing his mask around his chin, the man punctuates his words by punching the air and pointing and shouts “We want our freedom for the world, give us our freedom, Joe Biden! You know Biden is covering up this election — he’s stealing it!”

Gloria, who is clearly shocked by the man’s presence, says nothing, and the unnamed man simply walks away after making his points.

During the briefing, Gloria said that all in-person early voting and Election Day ballots have been counted. The state continues to count mail ballots that were postmarked by Nov. 3. He also pointed out that the state’s final vote canvas would begin on Nov. 16.

The state’s six electoral votes remain up in the air as officials continue to tally ballots from across the state.

At the time of this reporting, the video has been viewed more than 11 million times via just one Twitter account.

User Timothy Burke shared one of the videos, captioning it, “This is 60 million of your neighbors.”

At the time of this reporting, the New York Times reports that 86 percent of the state’s vote has been counted. The outlet notes that former vice president and Democratic presidential nominee Joe Biden has received 588,252 votes and President Donald Trump has received 580,605 votes.

This is 60 million of your neighbors https://t.co/Pg8KH6pgiZ