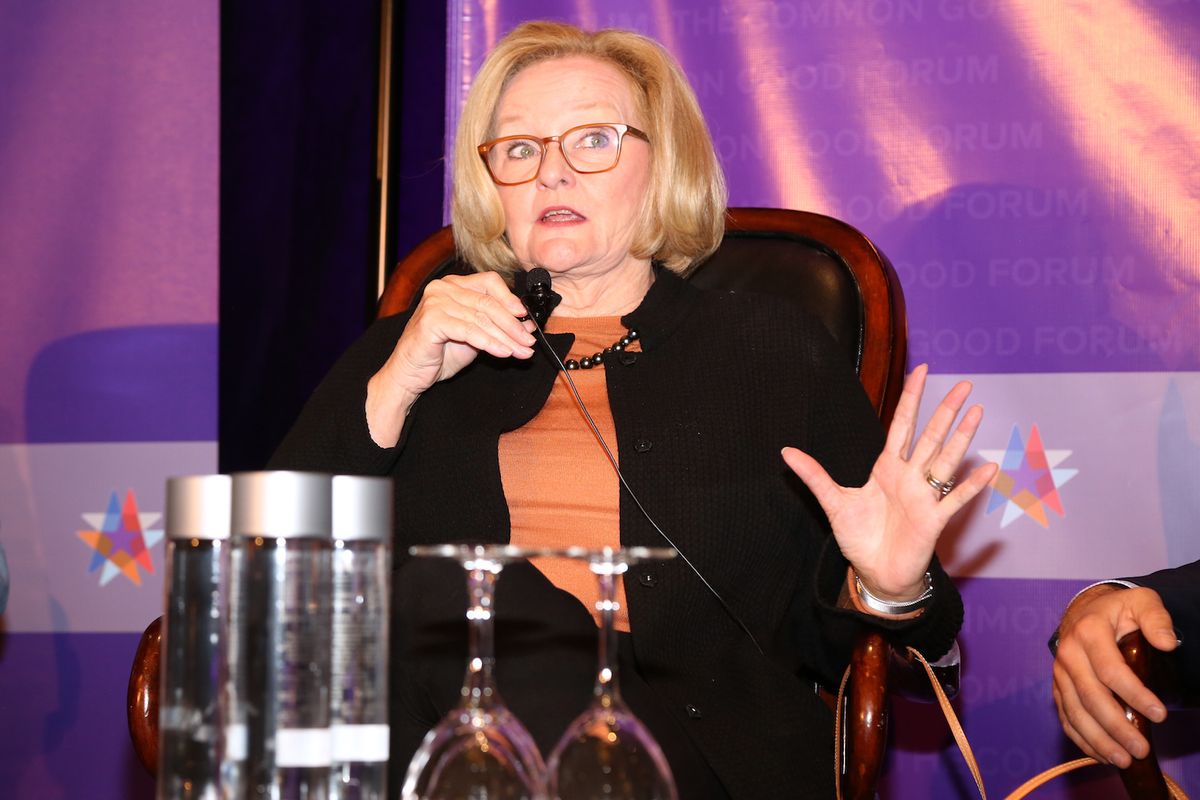 Former Missouri Democratic Sen. Claire McCaskill sounded the alarm Monday morning about alleged sabotage of the United States Postal Service in Washington, D.C. The problem was, she was using a picture of a locked mailbox in Seattle that she pulled from someone else’s social media account.

McCaskill, who is now an analyst for NBC News and MSNBC, shared the photo with a caption pushing a popular, but unproven theory Democrats have been repeating in recent weeks about President Donald Trump attempting to rig the 2020 election by handicapping the USPS.

“So now they are not hauling them off, just locking them up,” McCaskill wrote. “This one is in D.C.”

So now they are not hauling them off, just locking them up. This one is in DC. https://t.co/LQWzuM4tQm

Other Twitter users quickly pointed out that the same photo had been posted a day earlier by a user who said it was a mailbox in Seattle.

McCaskill later apologized for the misinformation, but said the overall point she was making about the USPS still stood.

I apologize. Recent tweet said locked mail box was in DC. It was in Seattle. My mistake. Same sentiment applies.

What’s going on here? Because of the conflict over the use of mail-in ballots for the upcoming election, a lot of people who never paid attention to mailboxes are now paying very close attention to mailboxes. Some of those people are noticing mailboxes being removed or locked, causing them to uncritically assume that the only explanation is Trump sabotaging the USPS so Democrats can’t vote by mail.

The USPS didn’t just begin locking or moving mailboxes in the lead-up to the election, however. Mailboxes are commonly locked for security purposes, and commonly moved from areas where they may not be getting used enough to justify their presence.

Residents of Burbank, California, recently raised concerns about locked mailboxes outside a local post office. Twitter posts about the situation caused “Burbank” to become a trending topic on Twitter, as photos of a row of locked mailboxes were widely shared.

KABC-TV looked into the situation, and found it was not as nefarious as some residents feared:

Eyewitness News reached out to the USPS for an explanation, and an employee said it’s common practice for mailboxes outside post offices to be locked on days they are closed in an effort to prevent vandalism.

We noticed the mailboxes can still be accessed from the other side.

The issue of the moment: The USPS issue will likely be around for a while, as states widen access to mail-in voting due to COVID-19, President Donald Trump continues to insist that universal mail-in voting will result in widespread fraud, and House Democrats prepare for congressional hearings about recent cost-cutting changes at USPS. 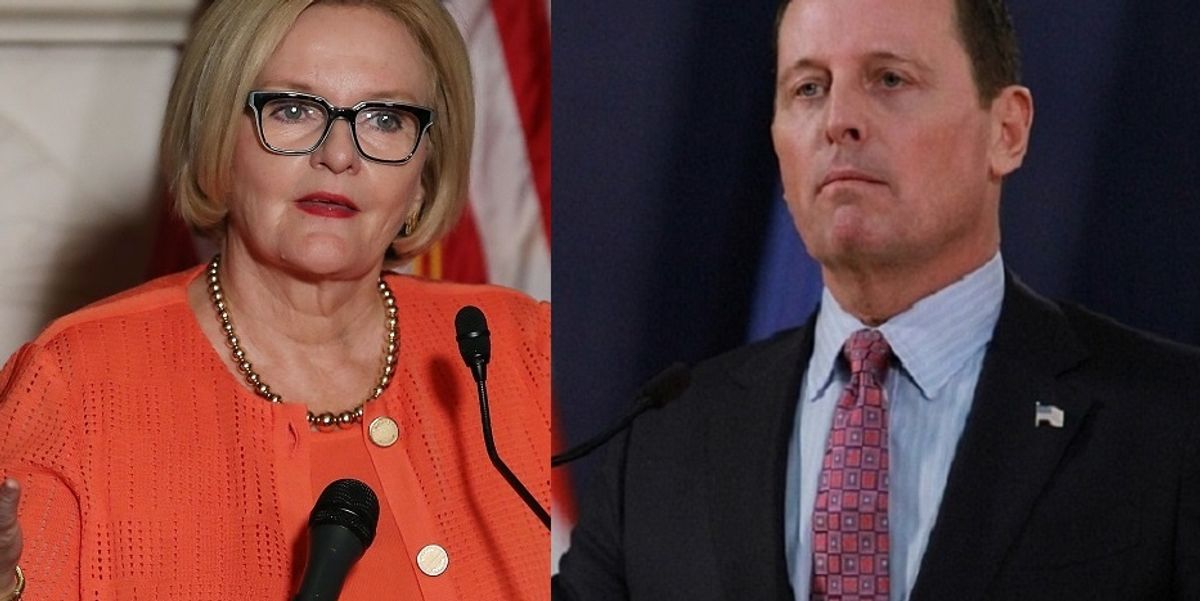 Former Missouri Democratic U.S. Sen. Claire McCaskill, who was voted out in 2018, attempted to paint former acting Director of National Intelligence Richard Grenell as “unqualified” on Monday. But Grenell was quick to remind her that she actually voted in favor of his nomination to the Trump administration — and added a dig of his own.

Referring to Grenell, McCaskill tweeted, “Of all the sycophants and unqualified folks surround [President Donald] Trump, why do I find this guy particularly repugnant? Because he was given real jobs and didn’t have a clue?”

Grenell replied, “Ummm, you voted for me. Or was that because had an upcoming election and wanted to hoodwink the people of Missouri into thinking you weren’t a partisan?”

Ummm, you voted for me.

Or was that because you had an upcoming election and wanted to hoodwink the people of Mis… https://t.co/ewyvN3GXsh

McCaskill, who is now an analyst for MSNBC, voted in favor of Grenell becoming the U.S. ambassador to Germany before she lost her re-election bid to Republican Sen. Josh Hawley (Mo.). Grenell, in his tweet, included a roster showing the votes for his confirmation by the Senate, circling McCaskill’s “Yea” vote with a highlighter.

Grenell was promoted to acting DNI in February, outraging liberals who launched a campaign to paint him as unqualified for the position. He subsequently declassified the list of Obama officials who could have been involved in the unmasking of Lt. Gen. Michael Flynn before John Ratcliffe took over as DNI in May following Senate confirmation.

The Twitter tiff between Grenell and McCaskill began after retired Lt. Gen. Mark Hertling criticized the Trump administration’s recent announcement that the U.S. would be pulling roughly 12,000 troops out of Germany.

Hertling said of the action, “While being aware of how many will stay & probably more aware than @RichardGrenell of the threat changes in Europe, this action is not part of a strategy or a threat assessment. And it damages both our national security and our alliances.”

Grenell replied, “It may not be your assessment but it was planned and will be implemented by the Pentagon. Times change.”

Grenell, who was the first openly gay person to serve in a U.S. president’s Cabinet, has been a thorn in the side of Democrats and the media and a staunch defender of President Trump.

He has been especially active in flagging “fake news” on Twitter, calling out CNN multiple times for false reporting and pushing back against fervent Trump critic Rep. Adam Schiff (D-Calif.) for attempting to interfere with personnel changes made during Grenell’s tenure as acting DNI.