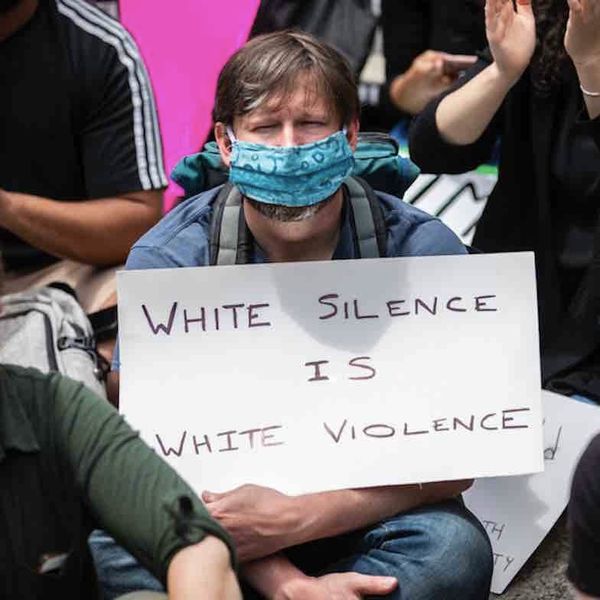 The city of Seattle reportedly hosted a training session for white employees last month titled “Interrupting Internalized Racial Superiority and Whiteness,” which was geared, among other things, to help whites underscore and affirm their “complicity in racism” and to upend their “whiteness,” according to Christopher F. Rufo, director of Discovery Institute’s Center on Wealth and Poverty.

Rufo — also a City Journal contributing editor — said on Twitter he got a look at the training details through a public records request and that the session also was geared to help whites “let go” of “comfort,” “guaranteed physical safety,” “control over the land,” “social status,” and “relationships with some other white people.”

Rufo’s Twitter thread, posted Monday, outlined the particulars of the training session. He said that first of all “diversity trainers informed white participants that ‘objectivity,’ ‘individualism,’ ‘intellectualization,’ and ‘comfort’ are all vestiges of internalized racial oppression.”

He said diversity trainers then were to encourage white employees to “practice self-talk that affirms [their] complicity in racism” and work on “undoing your own whiteness.”

Getting down to practicalities, Rufo continued, saying trainers then were to ask white employees to “let go” of “comfort,” “guaranteed physical safety,” “control over the land,” “social status,” and “relationships with some other white people.” Then they went through a flow chart that outlines how white people “cause harm to POC,” “show up small and inauthentic,” and are unable to access their “humanity,” he said.

Then they go through a flow chart that outlines how white people “cause harm to POC,” “show up small and inauthenti… https://t.co/MUI9UUywKy

Rufo provided a screenshot of an email exchange purportedly about the training that said it was “specifically targeted for White employees” in order to show them their “complicity in the system of white supremacy” and get them to “interrupt racism in ways that are accountable to Black, Indigenous, and People of Color (BIPOC) folks within our community.”

As @DrKarlynB first reported, the invitation for this training was strictly segregated to “white City employees.”… https://t.co/4f7l78YPvv

Rufo added that the “City of Seattle has refused to provide the names of the diversity trainers, the budget for the program, or the video of the session. I’m going to keep pushing—because this is exactly the kind of thought-policing they want to implement everywhere.”

TheBlaze’s attempts by phone and email Tuesday to reach Seattle’s Office of Civil Rights for comment were unsuccessful. The office reportedly hosted the training session; it’s not clear if the training was mandatory or optional.