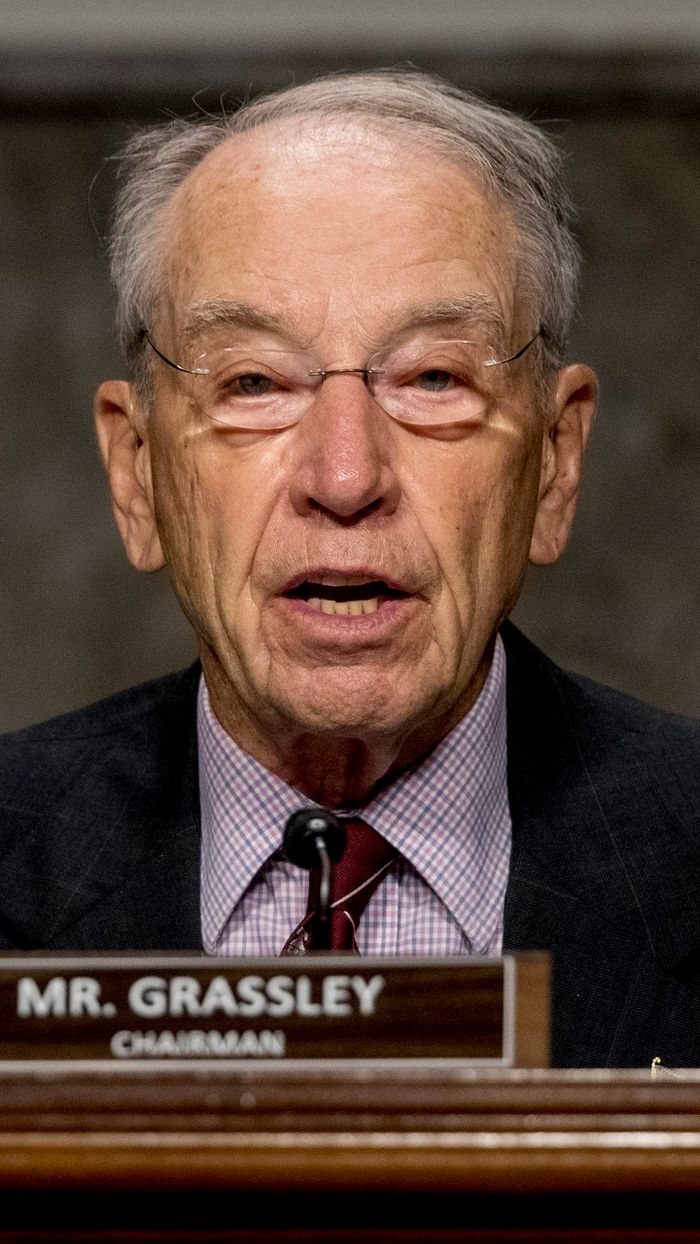 Iowa GOP Sen. Chuck Grassley says he will be skipping the Republican National Convention for the first time in 40 years, citing concerns over the coronavirus.

“I’m not going to go. And I’m not going to go because of the virus situation,” Grassley told reporters Monday, according to the Des Moines Register. The 86-year-old pointed out that he has not missed a convention — held every four years — since being elected to the Senate in 1980.

According to the Washington Post, “Grassley’s move makes him the first congressional Republican to announce that he will skip this year’s convention, which was moved to Jacksonville [Florida] from Charlotte after North Carolina state and local officials declined to agree to [President Donald] Trump’s demands for a crowded large-scale event amid the pandemic.”

Sen. Grassley added, “Going to a place where the governor feels that it’s safer is probably the right thing to do if you want to have a convention—and I think we should have a convention, but I think you should do whatever you can to make it as safe as possible so that would mean with face masks and with social distancing.”

CNN noted that Grassley is the oldest Republican in the Senate and also the longest-serving GOP member in the upper chamber.

The Hill reported that other Republican senators have also voiced concerns over attending the RNC next month — where President Trump will officially accept the party’s nomination — citing the virus.

During a conference call last month, Sen. Rob Portman (R-Ohio) said, “We’ll see what the situation is then in terms of what COVID-19 is that week,” and Sen. Ron Johnson (R-Wis.) recently told a local outlet he is waiting to commit and wants to know “what kind of social distancing, what kind of precautions are being taken.” 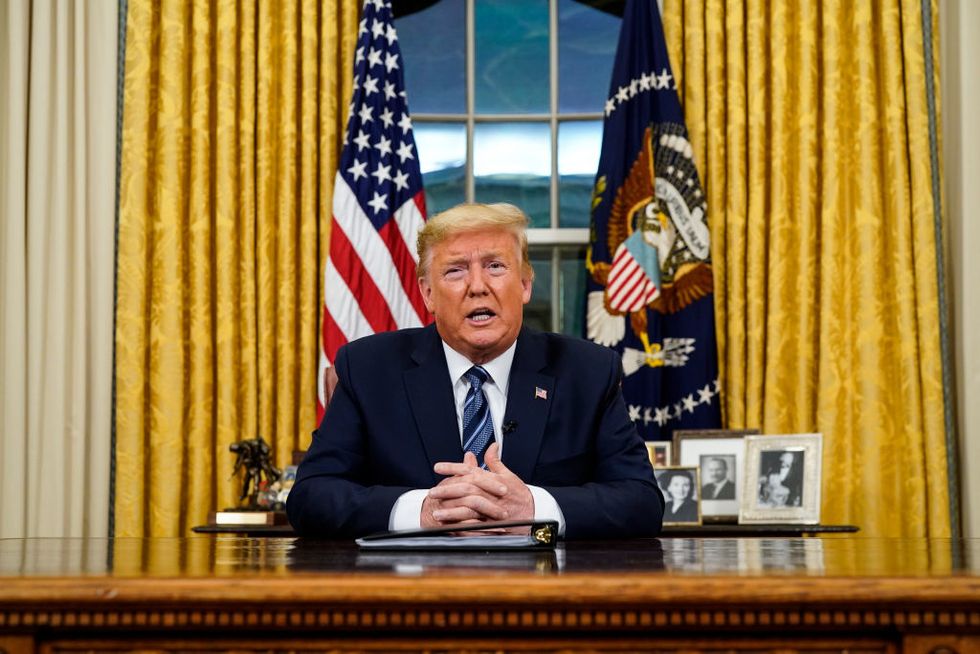 Sen. Chuck Grassley (R-Iowa), the elder statesmen of the Senate, took aim at President Donald Trump in a tweet on Friday — and seemingly compared the president to Hillary Clinton.

“A little history/irony @realdonaldtrump Did u know Hillary Clinton didn’t want an inspector general so she didn’t have 1? Did u know it was a top priority for Kerry to get 1? That was Linick I found him 2b helpful when trying to get to bottom of email scandal Now he’s gone!” Grassley said.

Indeed, as Grassley pointed out, the State Department was without an inspector general from Jan. 15, 2008 to Sept. 30, 2013 — which encompassed Clinton’s complete tenure as secretary of state.

When Trump fired Steve Linick from his post as State Department inspector general last month, Democrats accused Trump of acting out of political retaliation. Grassley, however, voiced concern that Trump did not provide Congress with written justification for ousting Linick, which the president is required to do. 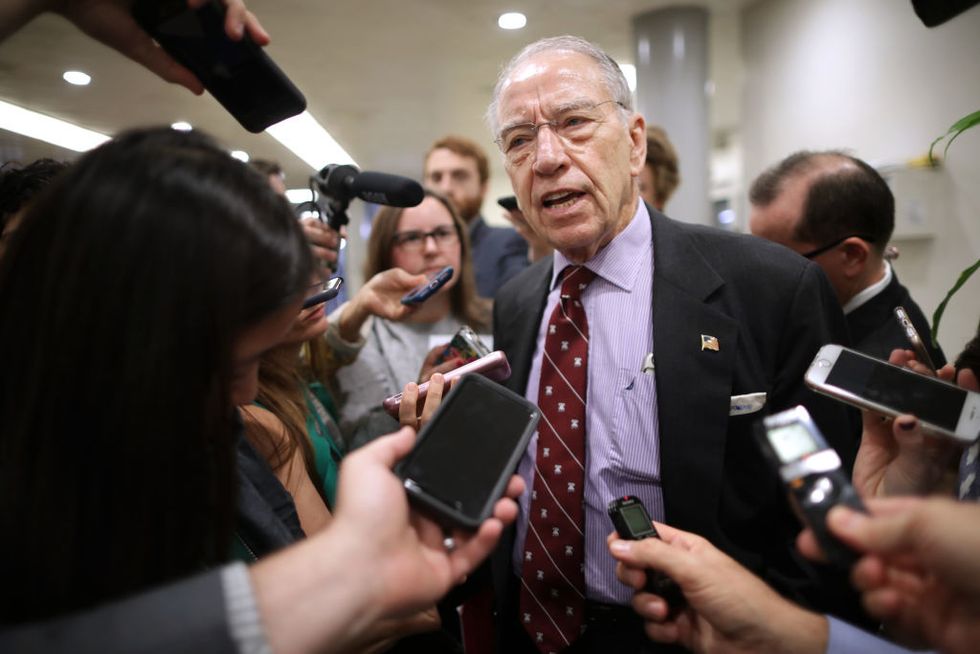 Grassley’s frustrations boiled over this week, resulting in an announcement on Thursday that he would block Trump’s nominations until the president explains why he fired the government watchdogs.

“All I want is a reason 4 firing these ppl,” Grassley said. “CHECKS&BALANCES.”

Grassley is not the only Republican senator who has openly criticized Trump for his swift dismissals of inspectors general.

Sen. Mitt Romney (R-Utah) called Trump’s actions a “threat to accountable democracy and a fissure in the constitutional balance of power.” 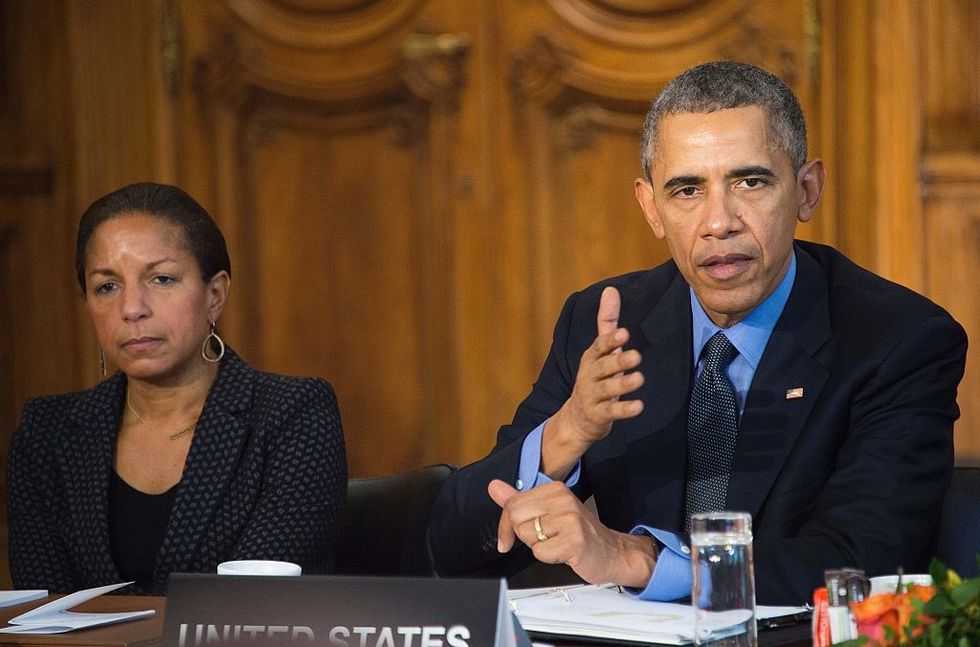 Two Senate committees conducting an oversight investigation into the Trump-Russia investigation are expanding their probe and suggested in a letter on Tuesday that surveillance of Trump campaign associates began earlier than the Department of Justice previously admitted.

“We write now both to reiterate our request for the declassification of additional information related to the unmasking of Americans around the time of the 2016 election, but also to expand the scope of our request to include information as early as January 2016,” the senators wrote.

According to the senators, they have reason to believe surveillance of the Trump campaign began much earlier than July 2016, the date when the FBI launched its counterintelligence probe into the Trump campaign.

“Based on our investigation and recent press reports, we are increasingly concerned that the surveillance of U.S. persons affiliated with the Trump campaign began earlier than the opening of the FBI’s Crossfire Hurricane investigation in late July 2016,” Johnson and Grassley wrote.

As we explained in our May 12, 2020, letter to you, one of the most significant
unanswered questions about what occurred during the 2016 election is how many Americans
were “unmasked,” at whose request, and for what purpose.

It has become evident that the FBI,
and possibly members of the U.S. Intelligence Community, were focused on U.S. persons
affiliated with the Trump campaign in early 2016, if not even earlier. One example is that, in
April 2016, FBI headquarters directed its New York Field Office to open a counterintelligence
investigation of Carter Page, which on August 10, 2016, became part of the Crossfire Hurricane
investigation.

Due to the expanding nature of their investigation, the senators requested that Grenell immediately make available all “unmasking” requests made by members of the Obama administration against Trump campaign associates from January 2016 to January 2017.

The FBI’s investigation into the Trump campaign, and how involved the Obama administration was in the probe, has received fresh scrutiny in the wake of the DOJ dropping its charges against former national security adviser Michael Flynn.

Despite accusations of “Obamagate,” a newly declassified email from Susan Rice, national security adviser for the Obama administration, that was released on Tuesday showed that former President Barack Obama instructed the government to conduct the Trump-Russia investigation “by the book.” 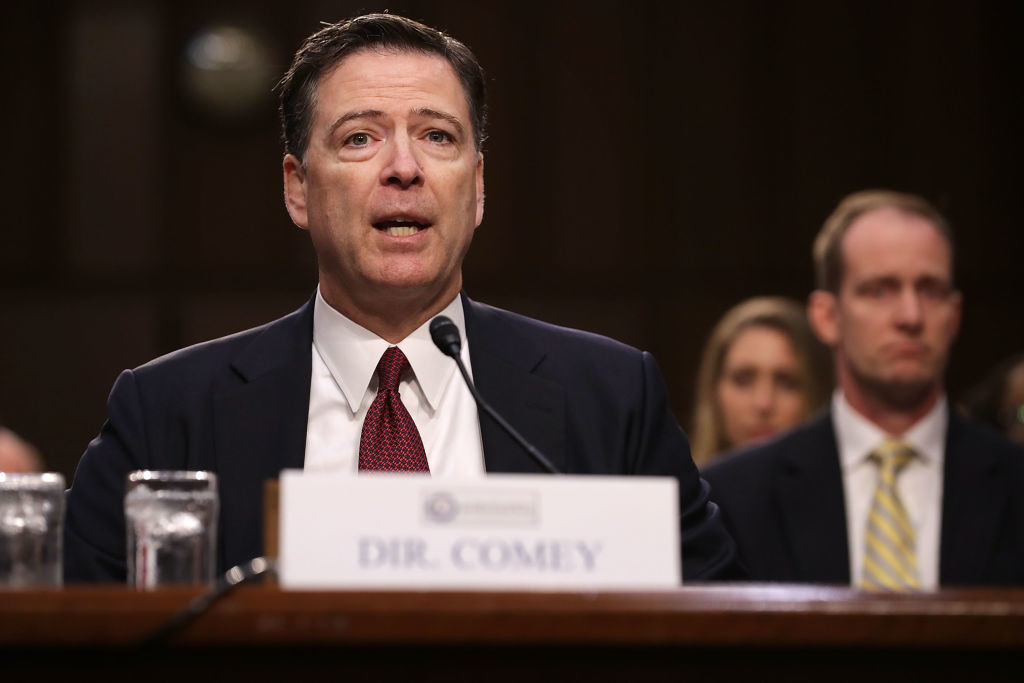 The footnotes were declassified on Friday. They indicate the FBI moved forward with obtaining FISA surveillance warrants against Trump campaign aide Carter Page — including numerous renewals — while
knowing their central evidence, the Steele dossier, was faulty.

In
a press release, Republican Sens. Chuck Grassley (Iowa) and Ron Johnson (Wis.) explained the significance of the development.

The footnotes reveal that, beginning early on and continuing throughout the FBI’s Russia investigation, FBI officials learned critical information streams that flowed to the dossier were likely tainted with Russian Intelligence disinformation. But the FBI aggressively advanced the probe anyway, ignoring internal oversight mechanisms and neglecting to flag the material credibility concerns for a secret court.

Despite later intelligence reports that key elements of the FBI’s evidence were the result of Russian infiltration to undermine U.S. foreign relations, the FBI still pushed forward with its probe. It would eventually spill over into the years-long special counsel operation, costing taxpayers more than $30 million and increasing partisan divisions – all based on faulty evidence. In the end, the special counsel concluded that the Trump campaign did not collude with Russia.

“For years, the public was fed a healthy diet of leaks, innuendo and false information to imply that President Trump and his campaign were part of a Russian conspiracy to spread disinformation. The FBI’s blind pursuit of the investigation, despite exculpatory and contradictory information, only legitimized the narrative,” the senators
said. “The mounting evidence undercutting this narrative should have stopped the investigation early in its tracks. Instead, it took several years and millions in taxpayer dollars to conclude that the allegations were baseless.”

“Had FBI leadership heeded the numerous warnings of Russian disinformation, paid attention to the glaring contradictions in the pool of evidence and followed long-standing procedures to ensure accuracy, everyone would have been better off. Carter Page’s civil liberties wouldn’t have been shredded, taxpayer dollars wouldn’t have been wasted, the country wouldn’t be as divided and the FBI’s reputation wouldn’t be in shambles,” the senators continued.

FBI Director Christopher Wray has said he agrees that FBI surveillance of Page was not legal.

“While we continue to assess the economic impacts, Chairman Grassley is exploring the possibility of targeted tax relief measures that could provide a timely and effective response to the coronavirus,” said a Grassley spokesperson. “Several options within the committee’s jurisdiction are being considered as we learn more about the effects on specific industries and the overall economy.”

Shortly after we posted a prediction from Goldman’s David Mericle that the government and/or the Fed will need to immediately step in with monetary and fiscal stimuli to try and manage the recent chaos in the markets, VOA’s Steve Herman reports that the White House will be holding a meeting to discuss economic stimulus later this afternoon. The meeting will include Treasury Secretary Mnuchin and the economic team.

Economic stimulus meeting to held here at the @WhiteHouse after @POTUS returns this afternoon, according to officials.

Trump, meanwhile, is blaming an oil-driven spat between Saudi Arabia and Russia – not coronavirus fears – as “the reason for the market drop!”

Saudi Arabia and Russia are arguing over the price and flow of oil. That, and the Fake News, is the reason for the market drop!

Good for the consumer, gasoline prices coming down!

To review some of the options on the table, according to Goldman:

Beyond funding for virus testing and treatment, the most direct avenue is aid to corporates and small businesses, especially in sectors hit by the virus shock. A US precedent is the post-9/11 help for the airline industry, which involved $5bn in direct payments and up to $10bn in loan guarantees.

Another avenue—at least in the US where the central bank is very limited in what it can legally buy—is for the Treasury to backstop credit easing facilities for the Fed; however, it would probably take a material further deterioration in market conditions and functioning for such facilities to be reestablished.

On the Fed side, Goldman expects easing in March and April, with 100bp on the table. That said, it may have limited impact given where rates already are.

So far there’s been virtually no reaction to news of the meeting.