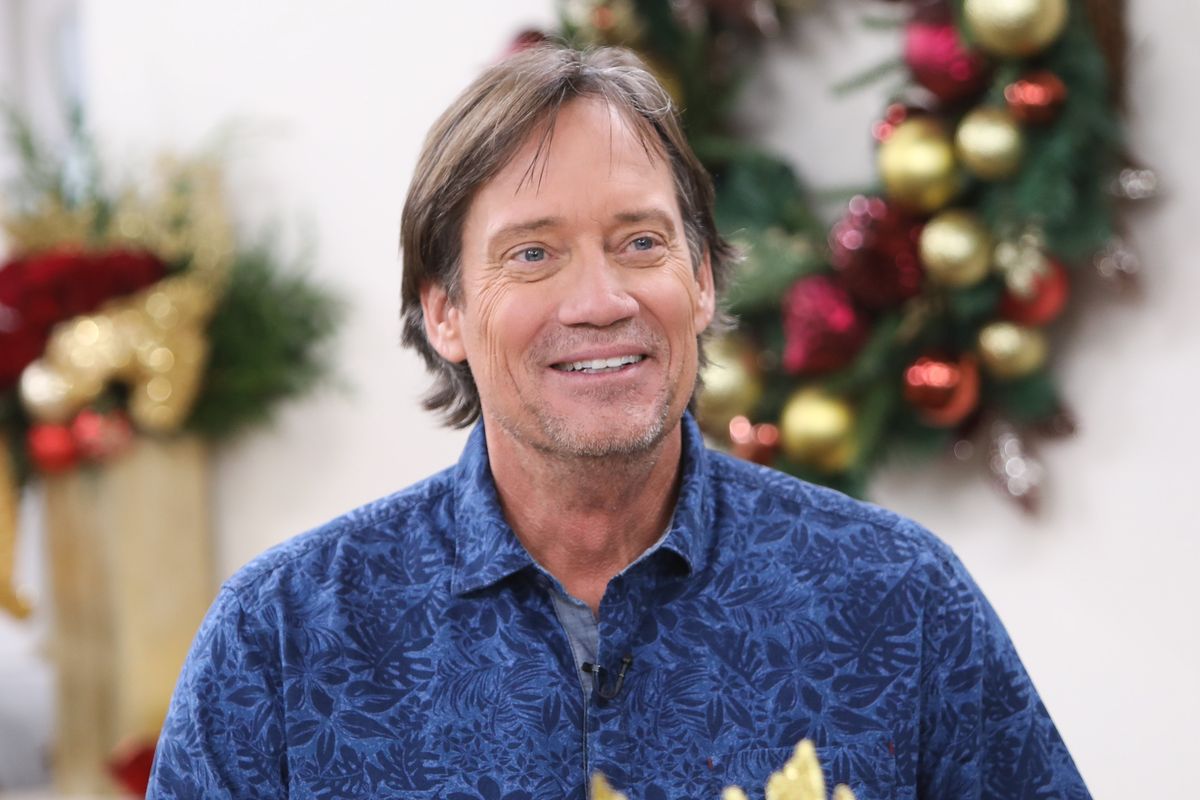 Newsom on Thursday announced a month-long, statewide “limited Stay at Home Order” amid a coronavirus spike across the state.

In a tweet, Newsom wrote, “Due to the rise in #COVID19 cases, CA is issuing a limited Stay at Home Order. Non-essential work and gatherings must stop from 10pm-5am in counties in the purple tier. This will take effect at 10pm on Saturday and remain for 1 month. Together — we can flatten the curve again.”

In a statement on the new mandate, Newsom — who has been under fire for attending a large, indoor birthday dinner party at a posh Napa-area restaurant — added, “The virus is spreading at a pace we haven’t seen since the start of this pandemic, and the next several days and weeks will be critical to stop the surge. We are sounding the alarm. It is crucial that we act to decrease transmission and slow hospitalizations before the death count surges. We’ve done it before and we must do it again.”

Over the last several days, Sorbo took to Twitter in response to Newsom and Wolf’s latest orders and joked, “I almost got Covid back in august, thankfully I made it back to my house at 9:58 PM, right before the 10 PM curfew.”

I almost got Covid back in august, thankfully I made it back to my house at 9:58 PM, right before the 10 PM curfew

If the first lockdown worked, why do we need a second one?

If the first lockdown didn’t work, why would we do a second one?

“So in Pennsylvania you have to wear a mask inside your own home,” he wrote on Twitter. “How exactly will they enforce that? I smell the stench of an overreaching government.”

So in Pennsylvania you have to wear a mask inside your own home. How exactly will they enforce that? I smell the st… https://t.co/BG81BMk3xO 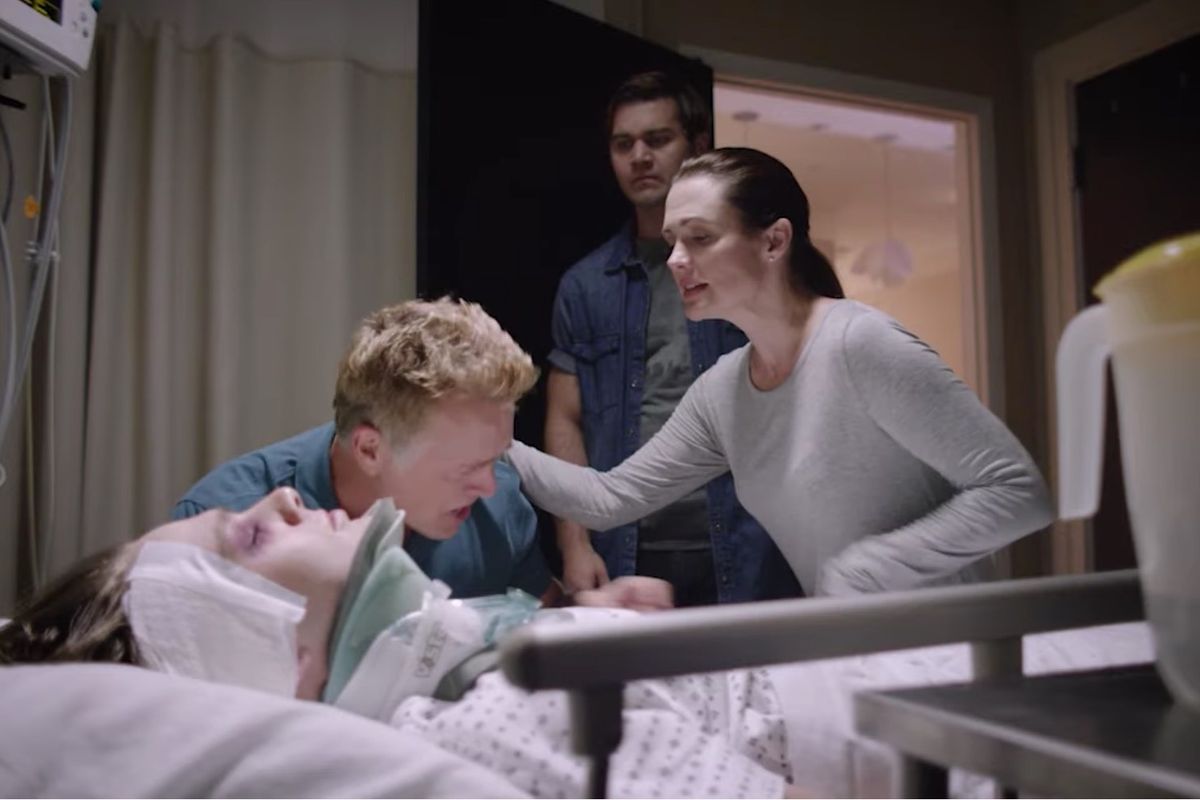 Doctors weren’t sure if Luke Benjamin Bernard would make it after a serious car accident in 2013 left him near death. Bernard suffered a severe traumatic brain injury, blood clots on his brain, and an emergency craniotomy and was ailing in the ICU amid a cloud of uncertainty.

Fast-forward to 2020, and Bernard has defied all expectations, telling “The Pure Flix Podcast” about his unlikely story of survival, his harrowing journey to recovery, and his starring role in “The Favorite,” a movie now streaming on Pure Flix.

“Medically, you have almost no chance of survival,” he said of his initial condition. “It would be a miracle if you lived in vegetative state — a miracle.”

Bernard had what medical experts call a GCS (Glasgow Coma Scale) of 3 with dilated and fixed pupils, which generally yields a grim prognosis.

“The doctor … told [my family], ‘I can’t tell you what’s going to happen with him. You just need to get here right away,'” Bernard recalled, noting that it was clear he might not survive.

Despite facing the unthinkable, Bernard’s family refused to give up, turning with fervency to faith and prayer.

The grieving parents firmly believed God would heal their son, and they decided to combat the negative possibilities by intensely appealing to hope.

“[My dad’s] mindset was, ‘This is a fight — I’m in a fight right now for my son’s life and Satan’s trying to take my son and I’m not going to let it happen,'” he said, noting that their prayers weren’t just for survival, but also for “complete healing.”

And the Bernard family got their wish. Against all odds, he fully recovered, and they now attribute it all to God.

“It’s just remarkable with God’s grace and mercy, with his healing power over me,” he said.

And that was only part of the story, as Bernard, who was an actor prior to his accident, later ended up writing and performing in “The Favorite,” a touching new film about two rival brothers who face tragedy — a traumatic event that mirrors what happened to Bernard in real life.

The idea and plot line for “The Favorite” came to Bernard as he was recovering from his accident.

“One night I fell into this deep sleep and I had this very vivid dream … a dream that you feel like you’re really there,” he recalled.

Bernard said he saw two brothers in that dream who had a car accident, with one of the men facing the same injuries, recovery, and healing that Bernard faced. The dream was so stirring that Bernard started writing what he saw, turning it into a script, and the rest is cinematic history.

Listen to this phenomenal story in its entirely on “The Pure Flix Podcast,” and be sure to watch Bernard in “The Favorite.” Check out the trailer for the movie below.

This article was originally published on Pure Flix Insider. Visit Pure Flix for access to thousands of faith and family-friendly movies and TV shows. You can get a free trial here. 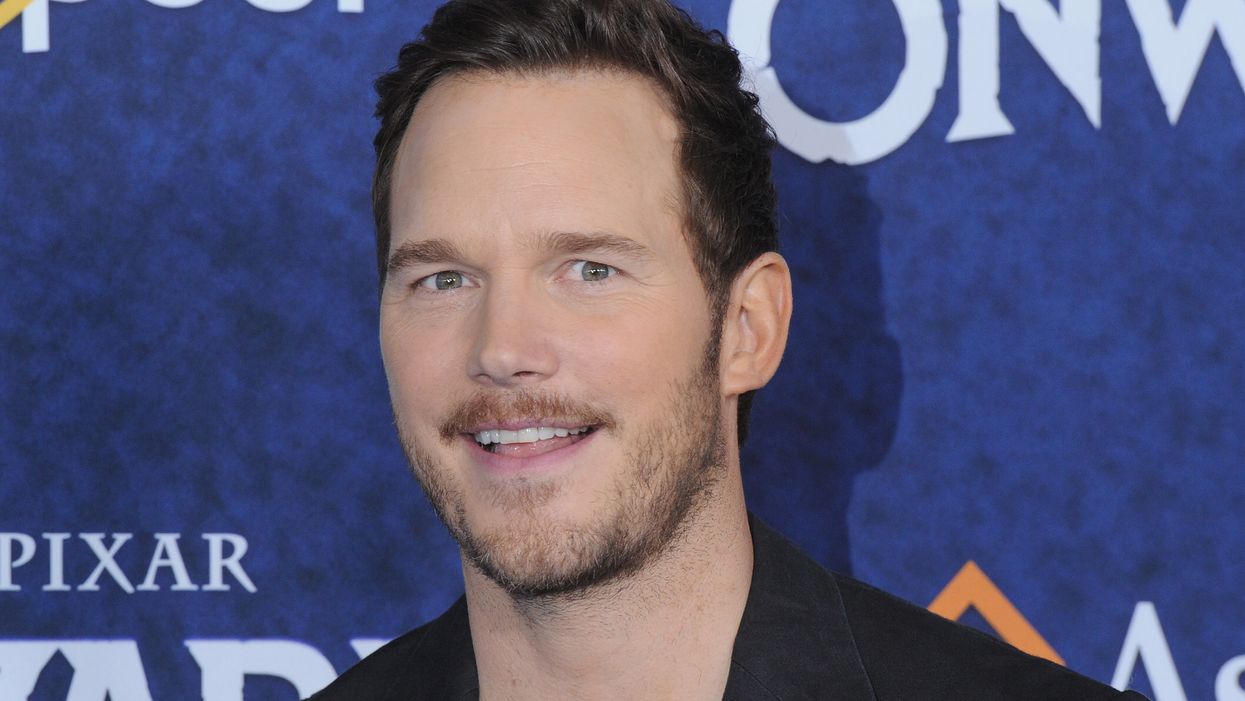 Social media came for actor Chris Pratt this weekend, blasting him as a Trump supporter — and more — though he didn’t do anything save for possibly declining an invite for an upcoming appearance at a Biden fundraiser.

Pratt, who has appeared to be largely apolitical, came under fire this weekend after TV writer Amy Berg — whose avatar is a picture of the late Justice Ruth Bader Ginsburg wearing a set of boxing gloves — shared a four-split photo featuring the most popular Chrises of Hollywood: Chris Hemsworth, Chris Pratt, Chris Pine, and Chris Evans.

“One has to go,” she wrote of the photo, and the tweet quickly went viral.

A large variety of social media users said that Pratt should be canceled because his support of President Donald Trump — which has never been confirmed — “disqualifies him.”

One user wrote, “Chris Pratt. Sadly the Trump supporter stuff disqualifies him despite all the of delightful Andy Dwyer/Johnny Karate/Bert Macklin glory.”

Another user added, “Dammit, I am literally just finding out that Chris Pratt is a trump supporter and I am so messed up behind that.”

Though no users tweeted substantial information corroborating the claim that Pratt is a Trump supporter, the tweets continued.

“Chris Pratt being a MAGA dummy really was not something I was mentally prepared for,” another user complained.

According to a Monday Newsweek report, one thing fans are “saying is a major telltale of Pratt’s politics” is the fact that he is not, at the time of this reporting, set to take part in an “Avengers” fundraiser for Democratic presidential nominee Joe Biden.

“Some of Pratt’s fellow Marvel colleagues — Don Cheadle, Chris Evans, Scarlett Johansson, Paul Rudd, Mark Ruffalo, and Zoe Saldana — are due to join the Democratic candidate and vice-presidential hopeful Kamala Harris for a virtual event on October 20 to raise money for the Biden campaign,” the outlet reports.

The event, called “Voters Assemble: The Cast of The Avengers Unite for Democracy,” will gather the cast of “Avengers” as they “unite for democracy.”

“Pratt’s name is missing from the lineup, as are several other Marvel stars,” the outlet points out.

Other stars who do not appear in the lineup but have not been dragged across social media as a result include Samuel L. Jackson and Robert Downey Jr.

According to Vanity Fair, “While there was broad interest in the latest star-studded push for the Biden campaign,” Pratt’s “absence … caused the biggest stir on social media.”

“Shortly after the event was announced, Chris Pratt’s name trended on Twitter, with many criticizing the Guardians of the Galaxy star for his perceived political views,” the outlet added.

According to Open Secrets, Pratt donated to the campaigns of former President Barack Obama in 2007 and 2012 and former presidential candidate Rep. Tulsi Gabbard (D-Hawaii) in 2019.

In 2017, Pratt insisted that he doesn’t particularly feel represented by either Democrats or Republicans.

In an interview with Men’s Health, the A-list actor said, “I don’t feel represented by either side.”

“I really feel there’s common ground out there that’s missed because we focus on the things that separate us,” he explained to the popular men’s magazine. “You’re either the red state or the blue state, the left or the right. Not everything is politics. And maybe that’s something I’d want to help bridge, because I don’t feel represented by either side.”

“With all that’s going on in the world it is more important than ever that you vote. Just ask any celebrity. They will tell you. Every day. Several times a day. To vote. But me? I will tell you EXACTLY who to vote for,” he wrote, pointing to his film.