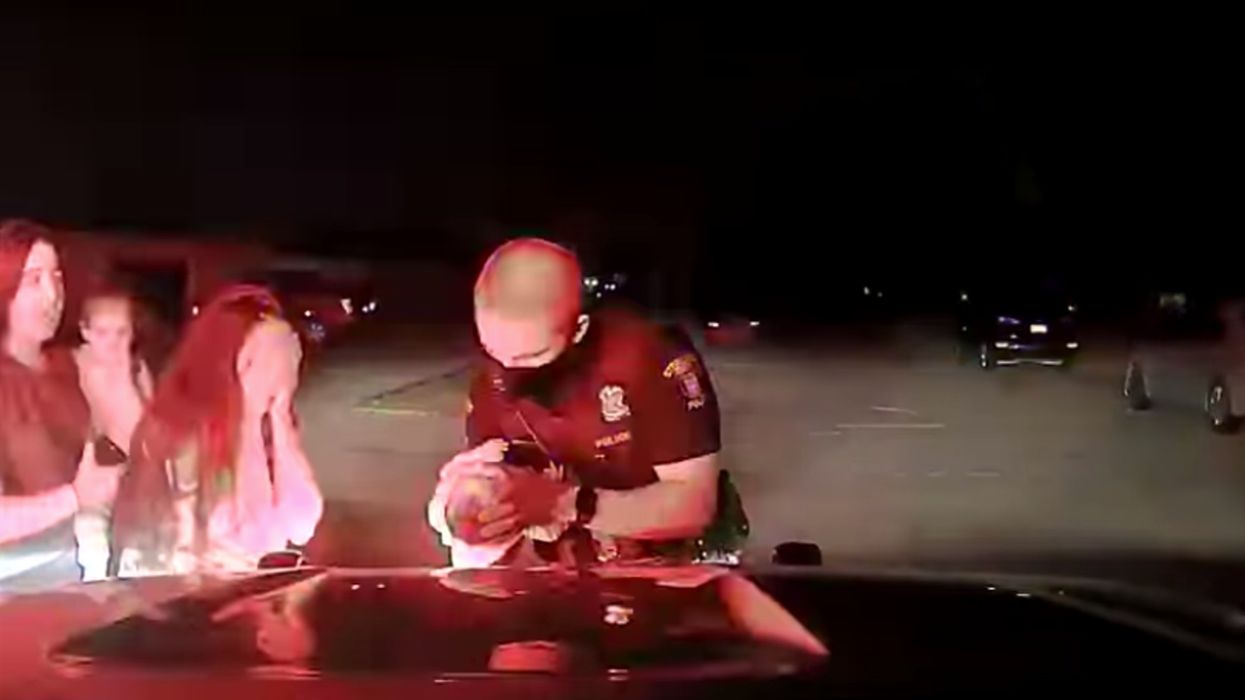 Dashcam footage caught the incredible moment a police officer saved the life of a newborn baby who was apparently choking.

The incident took place in June when responding Officer Cameron Maciejewski arrived at a Sterling Heights, Michigan, family’s home for a call of an infant in distress.

When Maciejewski arrived at the family’s home, he could see the clearly distressed mother holding the three-week-old child in her arms.

Maciejewski can be heard in the video saying, “He’s still blinking, he’s blinking.”

He then delivers several back thrusts on the infant, prompting the child to cough out whatever was lodged in her throat. The baby can be heard crying after coughing up an unidentified object.

The mother, who dissolves into tears at this point, sits on the ground while Maciejewski places a call to other officers that the child’s airway appears to be clear. The Sterling Heights Fire Department then took the child to the hospital for examination.

The department shared a video of the dashcam footage on Facebook, writing, “Upon pulling up to the home, the officer was rushed by the family who were holding their three week old baby girl, who was not breathing. Ofc. Maciejewski calmly takes the baby in his arms and performs back thrusts in attempts to clear the baby’s air way [sic].”

The statement continued, “When doing so, the baby coughs up the obstruction, and begins to cry. The baby was then turned over to the Sterling Heights Fire Department who transported the baby to the hospital for evaluation.If it wasn’t for Ofc. Maciejewski’s quick, calm, lifesaving actions, the outcome of this incident could have been tragically different. Not only did the officer save the baby, but the officer did an outstanding job consoling the family.Once again, the Sterling Heights Police Department strives to provide the best service to our citizens, especially when it matters most!”

ABC News also shared the video on
Twitter, captioning it, “NICK OF TIME: A police officer saves a three-week-old baby from choking as distraught family watch on.”

The video has been viewed more than 270,000 times at the time of this writing.

NICK OF TIME: A police officer saves a three-week-old baby from choking as distraught family watch on.… https://t.co/Dlvpy8Wi8o