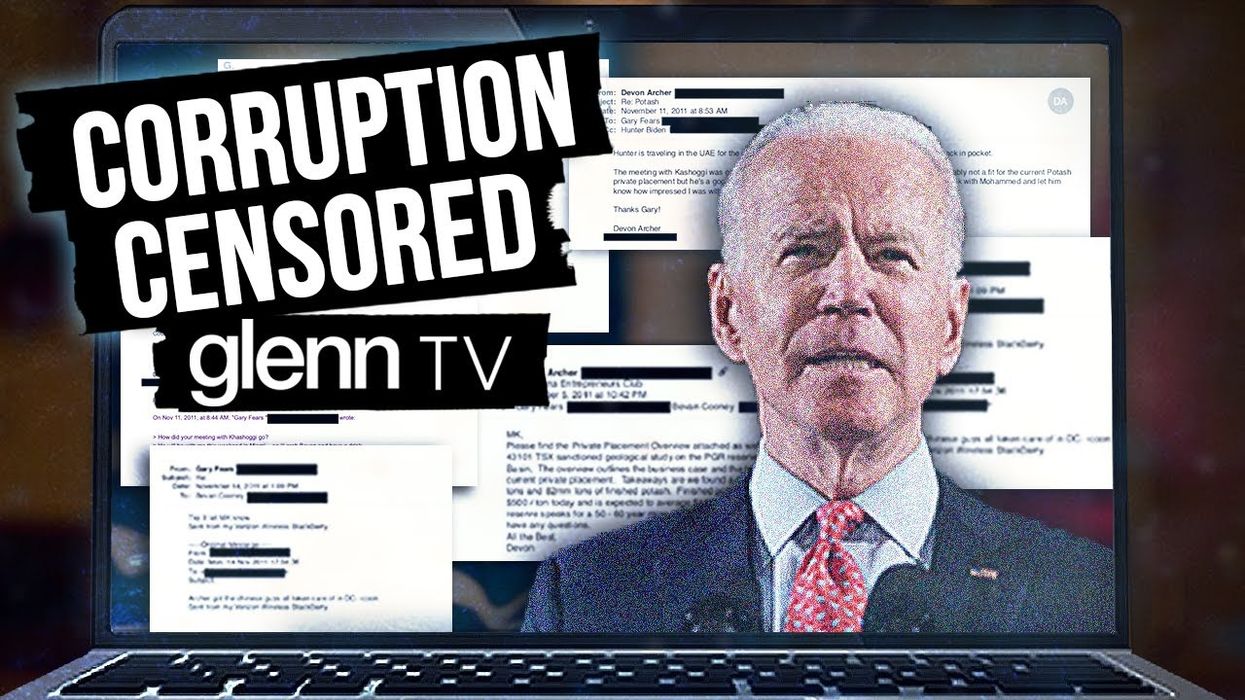 Despite Big Tech’s attempts to squash this story, there should be a mad scramble in the media to get to the bottom of major corruption allegations, but they’re willfully ignoring it. However, this is not just a story about Hunter Biden.

This is all about Joe Biden. It’s a story Glenn has been investigating for over a year that traces back to Ukraine and China. It goes directly to the root of corruption within our political system: How politicians use their family members to enrich the entire clan and sell out their country.

He also drops a major bombshell on the show and says Big Tech doesn’t want you to see evidence that “establishes with texts, documents, contracts” that “Joe Biden was a 10% partner with a Chinese communist … and there are witnesses that will come forward and testify to it.”

Big Tech censorship is out of control. So to watch tonight’s explosive episode of Glenn TV, you must be a BlazeTV subscriber. Because Big Tech is doing whatever it can to limit free speech, we’re offering our most important discount on BlazeTV ever. Use promo code GLENN to get $30 off a one-year subscription, so you’ll have 24/7 access to news and entertainment completely free of biased “fact-checks” and censorship.

Watch a preview of the show below: