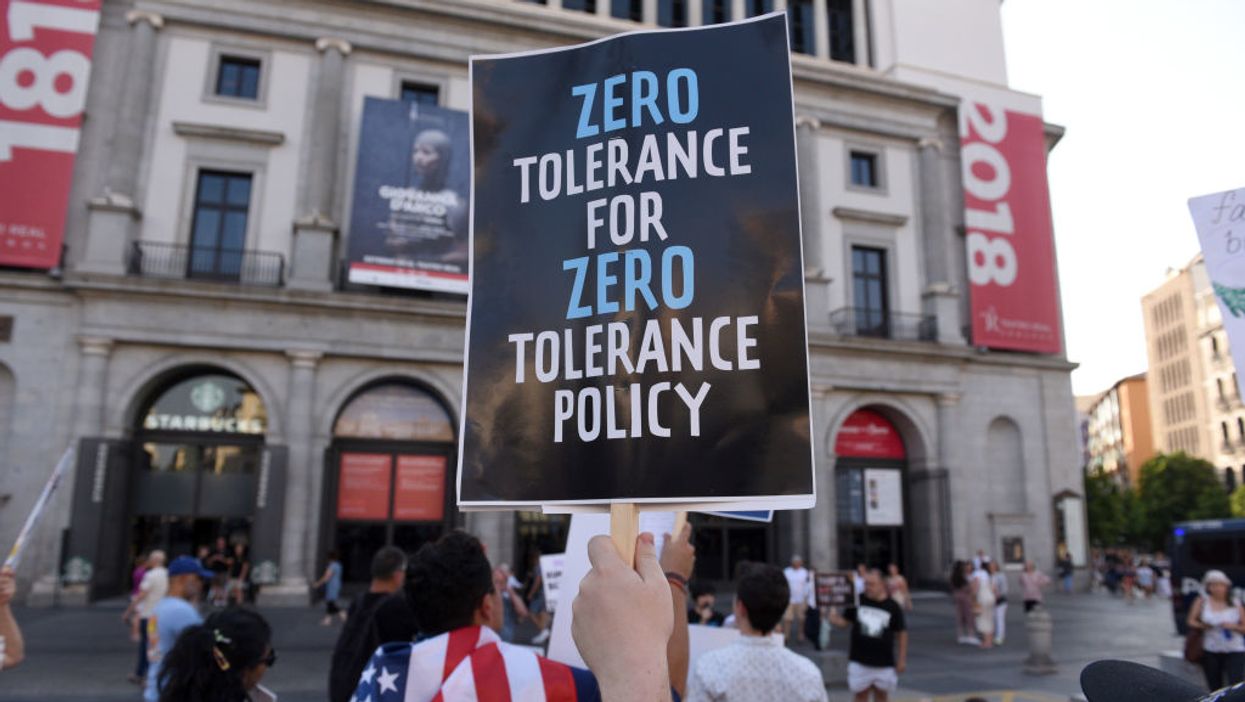 A spokesman for the Department of Homeland Security on Wednesday disputed a report that the parents of 545 migrant children separated from their families at the U.S.-Mexico border cannot be found.

According to a report from NPR, court filings by the U.S. Justice Department and the American Civil Liberties Union indicate that 545 children separated under the Trump administration’s “zero tolerance” policy have not been reunited with their families because the government cannot find their parents. Under the controversial policy, the federal government attempted to prosecute each and every migrant who entered the United States illegally. As a result, thousands of migrant children who came to the United States illegally were separated from their parents or adult guardians while the government prosecuted the adults accompanying those minors.

In 2018, after a successful lawsuit from the ACLU, a federal court ordered the Trump administration to reunite the separated families and the policy was discontinued that year.

NPR reports that the court order mandating migrant families be reunited did not cover about 1,000 families separated by a 2017 pilot program and that the federal government has thus far been unable to locate over half of those parents.

The DHS claims this is a false narrative, and that in reality many of the parents contacted by the federal government did not want to be reunited with their children.

“This narrative has been dispelled on numerous occasions. DHS has taken every step to facilitate the reunification of these families where the parents wanted such reunification to occur,” DHS spokesman Chase Jennings said in a statement.

“The simple fact is this: after contact has been made with the parents to reunite them with their children, many parents have refused. In the current litigation, for example, out of the parents of 485 children whom Plaintiffs’ counsel has been able to contact, they have yet to identify a single family that wants their child reunited with them in their country of origin. The result is that the children remain in the U.S. while the parents remain in their home country. The reunification process is a whole-of-Government approach involving CBP, ICE, and HHS.”

This story is wholly inaccurate. In the current litigation, for example, out of the parents of 485 children whom Pl… https://t.co/gcY7G6a25H

This narrative has been dispelled. In the current litigation, for example, out of the parents of 485 children whom… https://t.co/CyouzaXsrQ

In response to the NPR story, several lawmakers and the Joe Biden presidential campaign condemned the Trump administration without addressing the rebuttal from DHS.

A statement from the Biden campaign called the NPR story’s claims “an outrage, a moral failing, and a stain on our national character.”

Biden on reports that the Trump administration has been unable to find the parents of 545 children separated from t… https://t.co/2H2PIK3bo2

Rep. Jennifer Wexton (D-Va.), said it was “disgusting that this administration permanently separated families, leaving 545 children alone.” Reps. Jason Crow (D-Colo.) and Judy Chu (D-Calif.) also criticized the Trump administration. Rep. Suzanne Bonamici (D-Ore.) said the Trump administration “had no plan for reunification before initiating this cruel & inhumane policy of child separation, and the damage it has done is immeasurable.”

545 children were cruelly & deliberately torn from their parents by the Trump Admin & cannot be reunited with their… https://t.co/MjixZYQIhZ

545 children may never be reunited with their parents. The most tragic part is that this could have been prevented… https://t.co/SaDaMJPS96