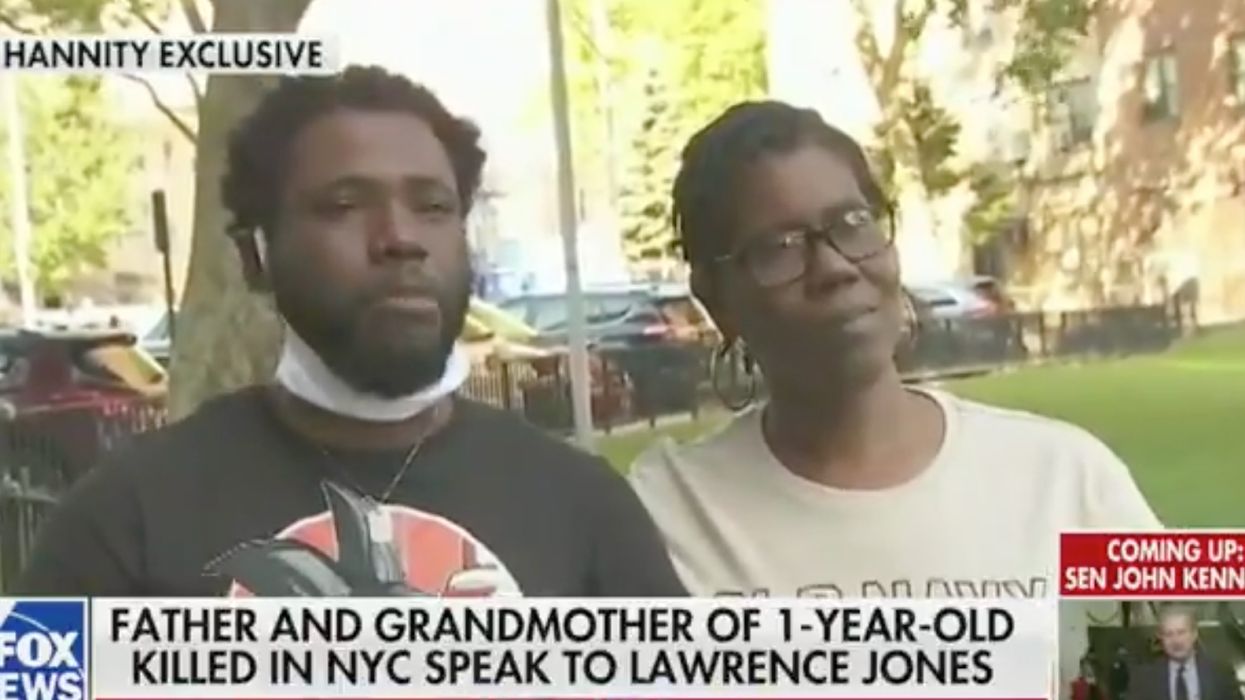 On Sunday, two gunmen opened fire on a barbecue in Brooklyn, New York. Gardner was struck in the stomach and died at nearby hospital shortly after the incident. Three other people were shot, but are expected to make a full recovery, according to a report from the New York Times.

Members of Gardner’s family spoke with Fox News’ Lawrence Jones, telling him that it’s apparent not all black lives matter simply judging by how he cannot get anyone to speak out about those who killed his son.

“For the cowards that did this, you should be ashamed of yourself, because everybody talk about Black Lives Matter — what about baby lives? What about teenager lives?” Samantha Gardner, the child’s grandmother, railed. “You took an innocent child from a mother and a father — as well as the grandparents — and I don’t think it’s fair.”

The Times reports that a rise in gun violence has erupted across the city, spiking in June and July.

Davell Gardner Sr., the child’s father, said that anyone with information on the killing or the suspects needs to come forward to make things right.

The child’s grandmother added, when asked what her message is to those who did this, “Go to hell. … Excuse my expression, but you took something that was precious for me, precious for my son, something precious from his mother, and we will never see him. He cannot come back. He cannot wake back up. He was an innocent little baby and he’s gone forever.”

Gardner Sr. added that the city is of no help because “the community is getting worse and worse, and nobody’s doing nothing about it.”

“Nobody’s trying to make a change,” he insisted, “and it’s sad to say that. Every day is just worse. You don’t know if you going to live to see the next day.”

.@seanhannity and @LawrenceBJones3 spoke to the parents of one-year-old Davell Gardner Jr. who was shot and killed… https://t.co/AtfNDnXuD5