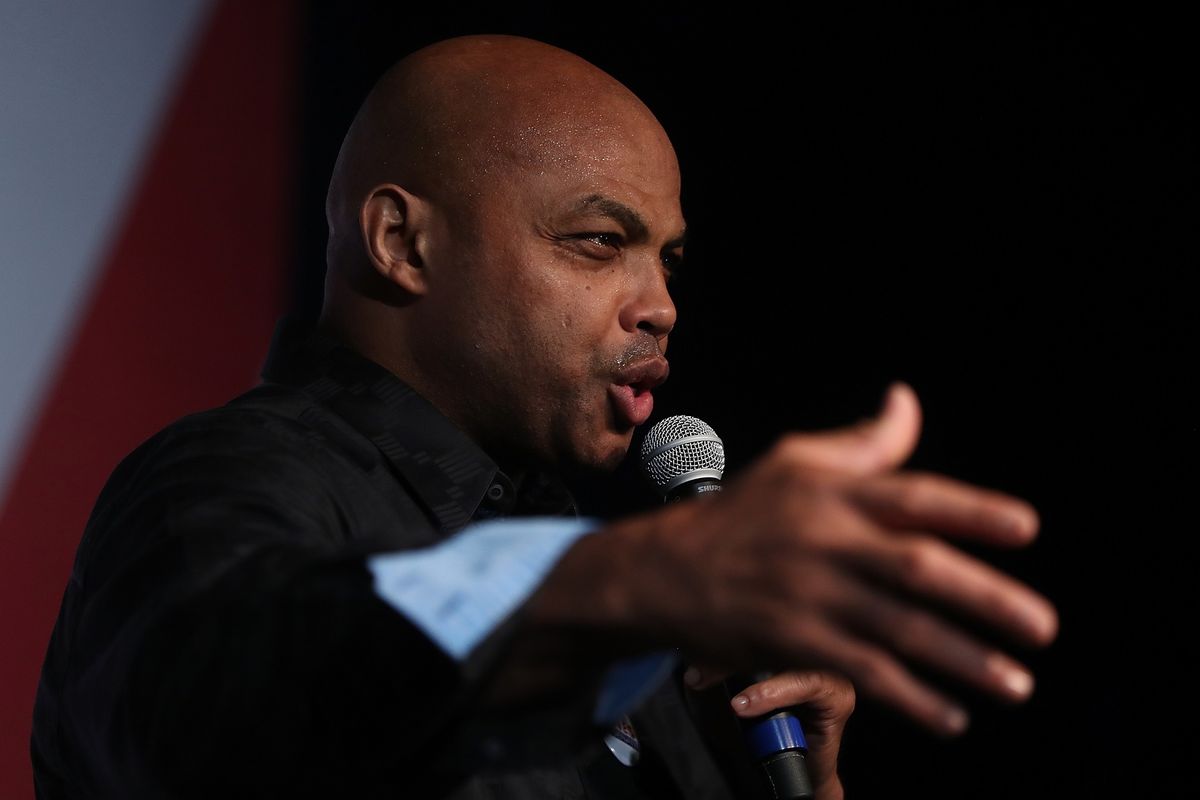 NBA legend Charles Barkley says he is not a fan of the political movement pushing for the defunding of police departments, arguing Thursday that pulling officers off the streets would hurt lower income black communities the most while asking, “Who are black people supposed to call? Ghostbusters?”

“So, that notion, they keep saying that,” Barkley continued. “I’m like, wait a minute, who are black people supposed to call? Ghostbusters?”

“We need police reform,” Barkley reiterated. “But like I say, white people, especially rich white people, they’re always going to have cops. So we need to stop that ‘defund’ or ‘abolish the cops’ crap.”


Charles Barkley: “Who are black people supposed to call? The Ghostbusters?”

The panel, which included fellow NBA great Shaquille O’Neal, discussed the death of Breonna Taylor, who was fatally shot by police during a raid in March. On Wednesday, it was announced that none of the three police officers involved in the incident would be charged in connection with Taylor’s killing.

According to The Hollywood Reporter, both Barkley and O’Neal were lambasted on social media for their takes on what the outlet described as “a drug raid gone wrong.”

“I don’t think this one was like George Floyd or Ahmaud Arbery and things like that,” Barkley said. “I feel sad that this young lady lost her life.”

“The no-knock warrant is something we need to get rid of…across the board,” he continued. “But I am worried to lump all these situations in together, and I just feel bad that the young lady lost her life. But we do have to take into account that her boyfriend shot at the cops and shot a cop.”

O’Neal chimed in, saying, “I have to agree with Charles, this one is sort of lumped in. You have to get a warrant signed and some states do allow no-knock warrants. And everyone is asking for murder charges. When you talk about murder, you have to show intent. A homicide occurred and we’re sorry a homicide occurred. When you have a warrant signed by the judge, you are doing your job, and I would imagine that you would fire back.” 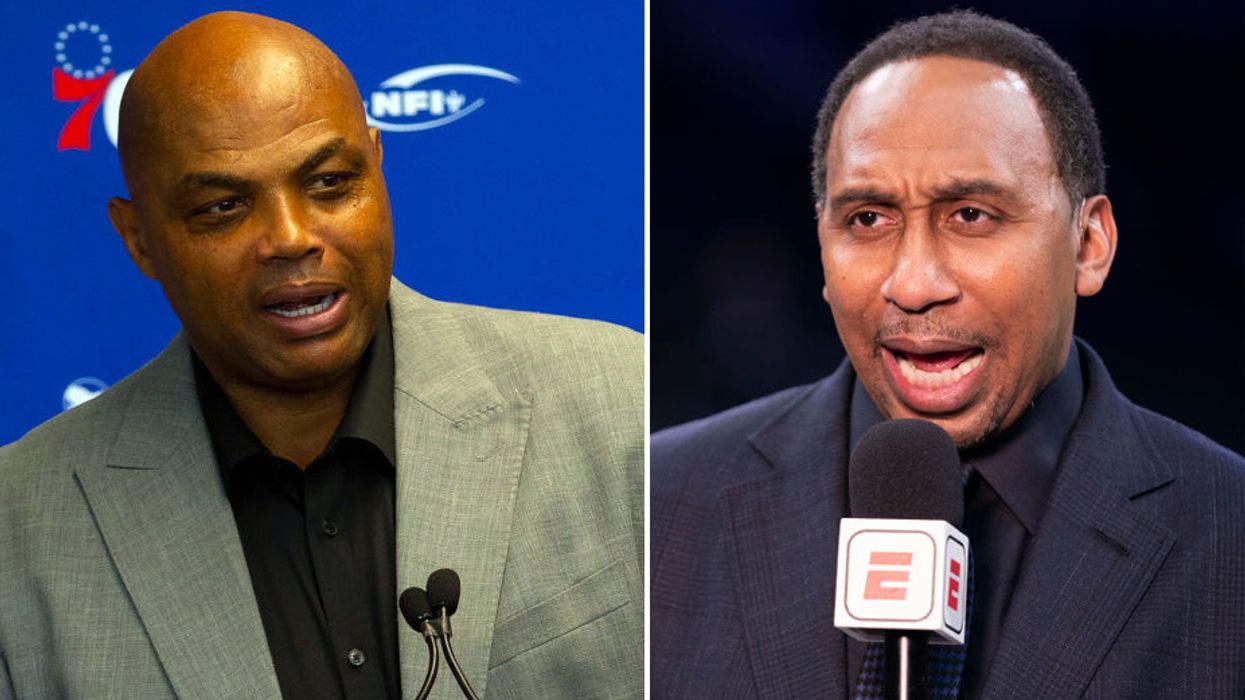 NBA legend Charles Barkley unloaded on ESPN analyst Stephen Smith this week for suggesting that “white privilege” was responsible for the Brooklyn Nets hiring a white man as their new head coach.

The Brooklyn Nets announced on Wednesday that Steve Nash — a Hall of Fame player in his own right — would become the newest head coach to lead the Nets.

Smith responded by saying, “Ladies and gentlemen, there’s no way around this. This is white privilege. This does not happen for a Black man.”

What did Barkley say?

“They’re like, ‘Well, this doesn’t happen to black guys.’ I’m like, ‘It happened to Doc Rivers, it happened to Jason Kidd, it happened to Derek Fisher.’ So, I was really disappointed,” he continued. “When you have a responsibility, especially when you have to talk about something serious like race, you can’t be full of crap. You’ve got to be honest and fair.”

Barkley went on to agree that both professional and college athletics need more black head coaches, but again said that Nash’s hiring was not the time to scream “white privilege.”

Smith was even called out by fellow ESPN analyst Jay Williams.

“Come on SA. Steve Nash being chosen over Mark Jackson/Ty Lue is not ‘White Privilege’.. 2 superstar black athletes ultimately made the decision & we know who they are and what they are about,” Williams said.

How did Smith respond?

The ESPN analyst doubled down.

“I have a message to those who feel that I was wrong, that I need to apologize, that I don’t know what I’m talking about, etc., etc. I don’t give a d**n what y’all feel. Y’all can all kick rocks. I don’t give a d**n. I’m not budging from my position one inch,” Smith said.

“Black folks with no resume getting a job like that?” Smith continued. “I have been covering the NBA for 25 years… brothers do not get those opportunities.”


Stephen A. Smith isn’t budging on his stance about the Nets hiring Steve Nash | First Take 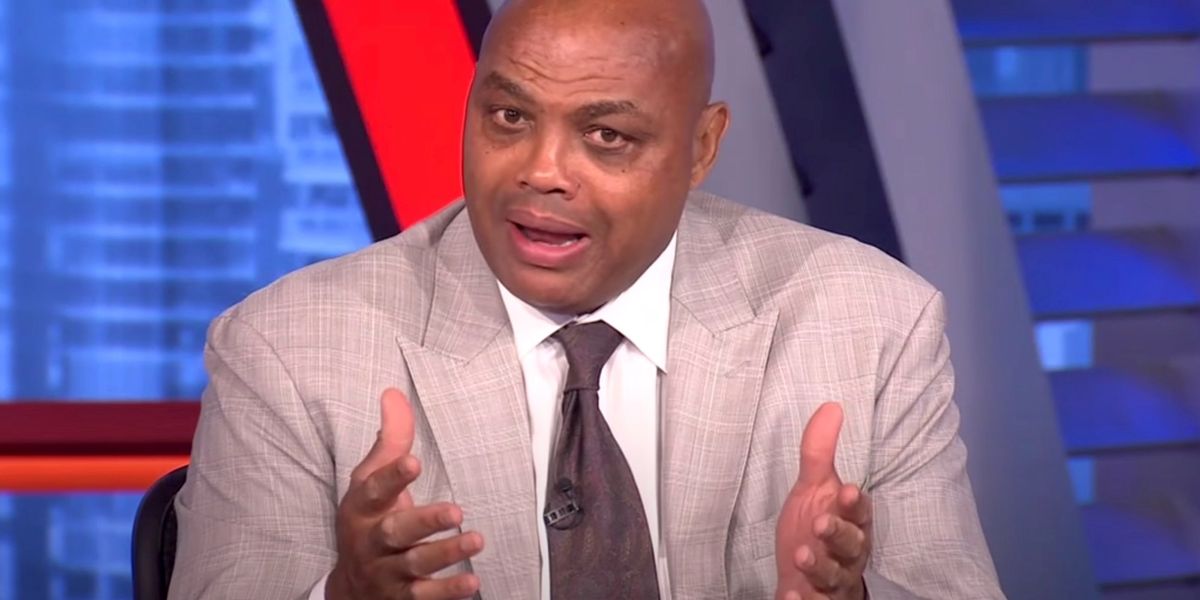 Basketball icon Charles Barkley weighed into the debate over sports players kneeling for the Black Lives Matter movement and he’s earning a lot of angry responses online over it.

Barkley made the comments on “The Inside Guys” on TNT on Thursday after Shaquille O’Neal applauded players and coaches for kneeling before the first NBA game of the season.

“So we use our voice to bring awareness,” he continued. “Now we have to go vote, we have to vote our mayors in, our mayors are to appoint new chiefs of police. We have to vote senators and politicians. It doesn’t just stop with sending our a tweet or yelling all the time.”

“I’m glad these guys are all unified, but if people don’t kneel, they’re not a bad person,” he added.

“I want to make that perfectly clear, I’m glad they had unity,” Barkley concluded, “but if we have a guy who doesn’t want to kneel because the anthem means something to him, he should not be vilified.”

He went on to criticize players for only speaking out on social justice and said that they should go into black communities and help create businesses and be active in creating change.

Barkley’s comments were quickly picked up on social media and circulated by those supporting him and those criticizing him.

Charles Barkley, we are worried about the people who ARE kneeling being vilified. https://t.co/SkEmeaKGQe

“Charles Barkley, we are worried about the people who ARE kneeling being vilified,” responded one sports account on Twitter.

“Charles Barkley does not speak for black people – he speaks for his white golf buddies who he doesn’t want to disappoint. He’s more worried about white men view him than how black women do. He spent years tap dancing on TV and now he’s a black leader – says who?” said another Twitter user.

“If Charles Barkley were in the wrong time at the wrong place, he would be a victim of police brutality and he’s out here supporting it,” said another commenter.

“Charles Barkley need to shut the f*** up… honestly,” said another simply.

“If you choose not to kneel for the national anthem, you are NOT a bad person and you should NOT get vilified,” he added.

Barkley most recently made headlines when he called out black entertainers and sports figures by name for making anti-Semitic comments while advocating for black empowerment.

“Man, what the hell are y’all doing?” he asked emphatically.

Here’s more of the discussion about NBA social justice: 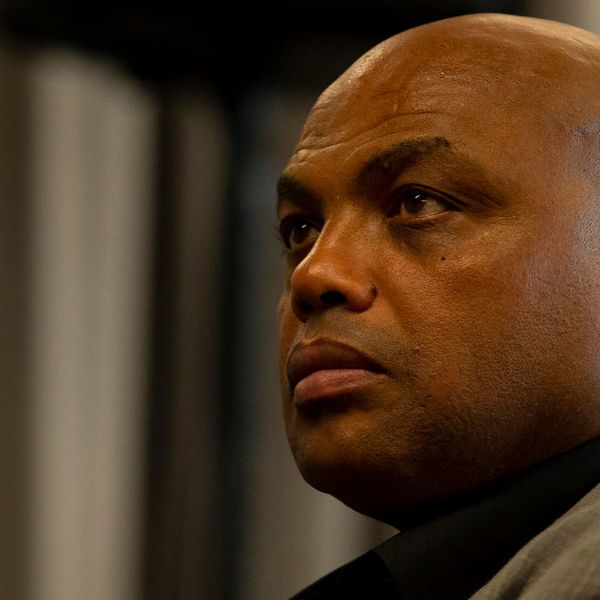 Barkley made the comments on Friday’s episode of his podcast “The Steam Room,” which he co-hosts with fellow NBA analyst Ernie Johnson.

“We can’t allow Black people to be prejudiced also, especially if we’re asking for white folks to respect us, give us economic opportunity and things like that,” the legendary basketball player said. “If you want respect, you got to give respect.”

“Especially at a time when you’re asking people to respect Black people, that black lives matter, this whole George Floyd thing has opened up a great dialogue to some of the problems in the black community,” Barkley pointed out. “I don’t want to alienate anybody, and to take shots at the Jewish, the white race, I just don’t like it, cause it’s not right.”

Barkley said that he could never say the hateful things that Cannon, Stephen Jackson, DeSean Jackson, or Ice Cube are accused of saying.

“Recent incidents of anti-Semitic tweets and posts from sports and entertainment celebrities are a very troubling omen for the future of the Black Lives Matter movement, but so too is the shocking lack of massive indignation,” Abdul-Jabbar wrote. “Given the New Woke-fulness in Hollywood and the sports world, we expected more passionate public outrage. What we got was a shrug of meh-rage.”

“These famous, outspoken people share the same scapegoat logic as all oppressive groups from Nazis to the KKK [Ku Klux Klan]: all our troubles are because of bad-apple groups that worship wrong, have the wrong complexion, come from the wrong country, are the wrong gender or love the wrong gender,” Abdul-Jabbar added. “It’s so disheartening to see people from groups that have been violently marginalized do the same thing to others without realizing that perpetuating this kind of bad logic is what perpetuates racism.”

Shame on the Hollywood Reporter who obviously gave my brother Kareem 30 pieces of silver to cut us down without eve… https://t.co/JR2k4tbbNC

Last month, The Daily Beast wrote an article about the rapper, whose given name is O’Shea Jackson, titled “Ice Cube’s Long, Disturbing History of Anti-Semitism.”

ViacomCBS terminated Cannon after his anti-Semitic remarks resurfaced in a YouTube video where he presented conspiracy theories and defended Nation of Islam leader Louis Farrakhan. Cannon blamed “systemic racism” for his firing.

Cannon eventually issued an apology after having a meeting with his employer Fox Broadcasting Company. Following the controversy, Cannon’s new talk show has been delayed at least a year.

Stephen Jackson, who has been a prominent figure in the Black Lives Matter movement, was lambasted for defending DeSean Jackson and promoting Jewish stereotypes.

Last week, Barkley warned that sports leagues trying to be woke are “turning into a circus, instead of trying to do some good stuff.” 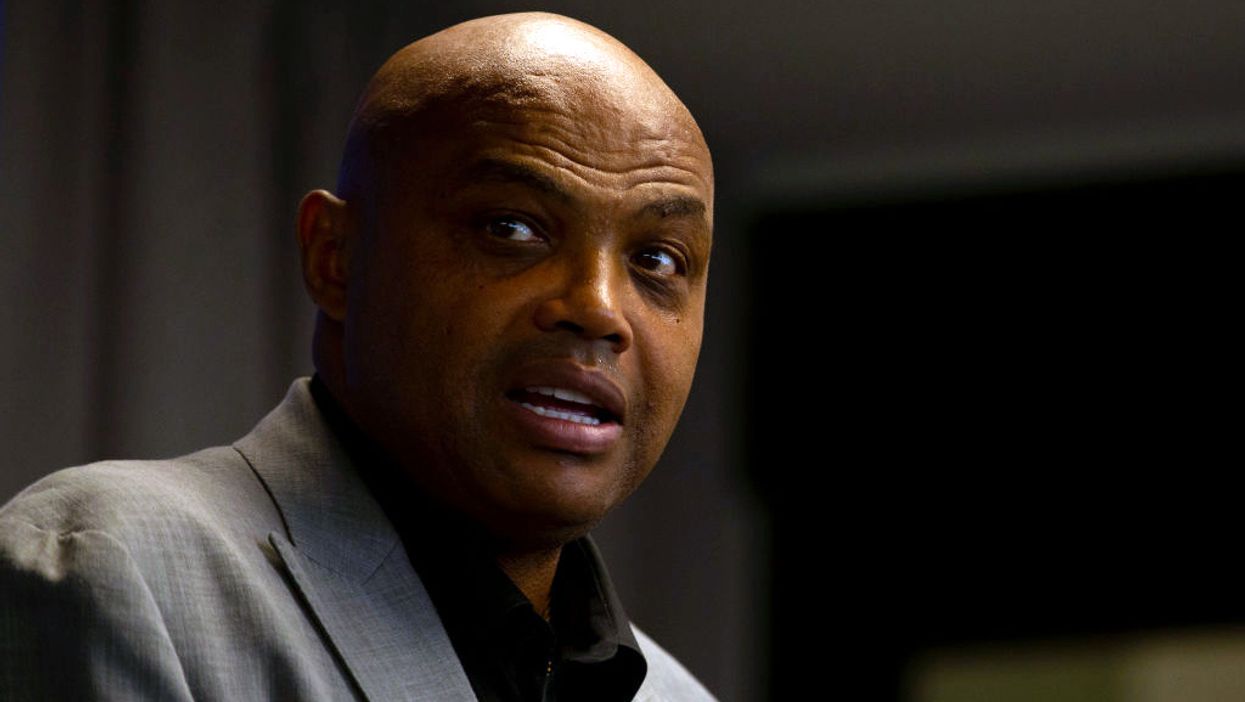 Basketball legend Charles Barkley is speaking out about the sports world’s decision to go woke.

As TheBlaze reported, for example, the NBA will allow players to display social justice messages on their jerseys once the season resumes later this month. Additionally, the phrase “Black Lives Matter” will be plastered on NBA courts.

Meanwhile, the NFL has said it was “wrong” to oppose national anthem protests. 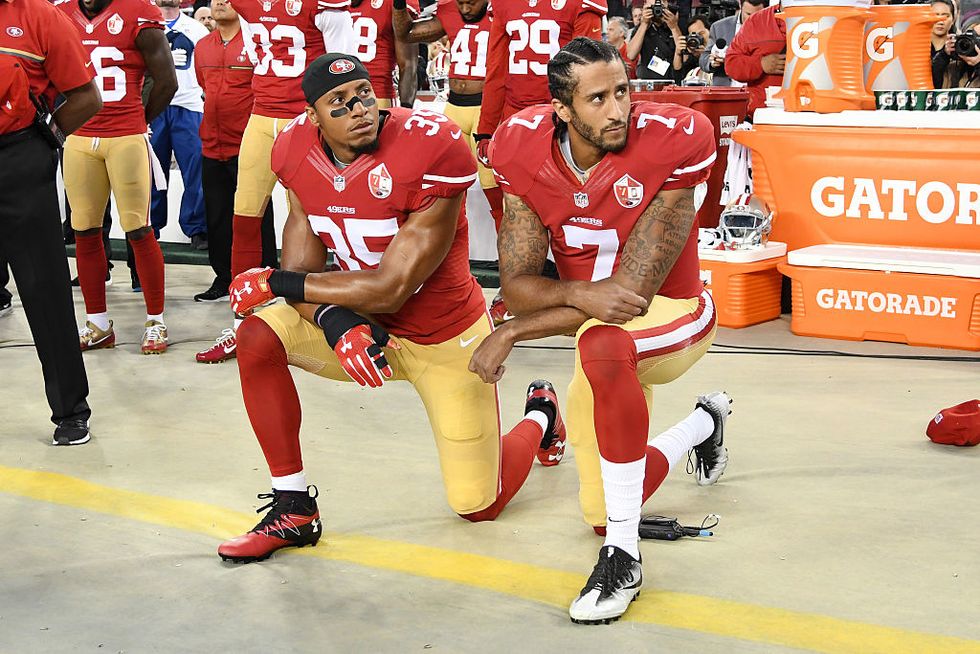 But according to Barkley, a member of the Basketball Hall of Fame, sports leagues are turning their games into a woke “circus.”

“My concern is turning this into a circus instead of trying to do some good stuff,” Barkley told CNBC’s “Power Lunch.”

Barkley explained that players should focus their energy on making real, lasting change — not on social justice messages and who is kneeling during the national anthem.

In fact, the former basketball MVP said sports leagues may face backlash from fans who look to sports for a reprieve from the stress of life — not to be lectured about politics.

“The last thing they want to do is turn on the television and hear arguments all the time. It’s going to be very interesting to see how the public react,” Barkley said.

Barkley’s comments are sure to incite backlash — which would not be new for the 11-time NBA all-star.

In 2017, Barkley was heavily criticized for refusing to outright condemn Confederate statues, instead urging activists to focus on reforming the black community.