The World Health Organization unsurprisingly is claiming that there has been a COVID-19 “resurgence” in Europe.  Perfect timing as people all over reject the vaccine and wake up to the whole scamdemic hoax.

The ruling class will not give this up.  We need to make sure we are educated and use discernment because we know they need our fear in order to enslave us.  Without fear, people won’t willingly fasten the chains of their own oppression around their necks and the necks of their neighbors.

According to mainstream media propaganda outlets, we all need to cower in fear as the common cold makes a comeback. The World Health Organization (WHO) is seeing a resurgence of COVID-19 cases in central and eastern Europe, as well as a rise of new cases in several western European countries, the head of its European office, said on Thursday, reported Reuters.

“Continued strain on our hospitals and health workers is being met with acts of medical solidarity between European neighbors. Nonetheless, over a year into the pandemic our health systems should not be in this situation,” Hans Kluge told reporters.

“Medical solidarity” can obviously be translated to “medical slavery.” Just wait until they announce which new variant is “attacking” the public.

While it is very positive that vaccinations continue at a steady pace, “we are denying the gravity of the situation before us,” particularly concerning the more-transmissible variant first identified in the United Kingdom, said Michael Osterholm on CNN’s “New Day.”   Osterholm is the director of the Center for Infectious Disease Research and Policy at the University of Minnesota.

And then the tyrants actually have the guts to tell us the truth. “It’s not going to be good,” Osterholm says “with certainty.” He said that the number of people currently vaccinated and those previously infected who have immunity add up to about 35 to 40% of the population protected.  “For the whole last year — for all the pain, suffering and death and illness — we still are only at about 40%. … So add that together with the following: more infectious, more severe illness, and we’re loosening up everything. You put those two together and I think the question is, what is going to happen? None of us can say with certainty other than to say it’s not going to be good,” he said.

When will humanity wake up? The evidence is there. They are telling us they already know what’s going to happen because it’s planed in advance like this entire scamdemic hoax.

The post World Health Organization Claims There’s A COVID “Resurgence” In Europe first appeared on SHTF Plan – When It Hits The Fan, Don’t Say We Didn’t Warn You.

In a new report, Americans are said to be willing to kneel in slavery to the ruling class long after the “threat” of COVID-19 is gone. Many will continue to be obedient to their masters, lick the hand that feeds them, and wear the ritualistic shame muzzle for the foreseeable future.

Researchers at the Ohio State University Wexner Medical Center polled more than 2,000 people across the country and found that most of those surveyed are OK with continuing many pandemic protocols for public health, even when COVID-19 is no longer a major threat. That includes wearing the shame muzzle.

The survey was actually indicative of the ability to control and manipulate the public without actually having to use the physical chains of slavery. The survey specifically found the following:

The oppressive slave state rulers “hope” they have convinced people to hand over their liberties for a false sense of security.

Dr. Iahn Gonsenhauser, chief quality and patient safety officer at the Ohio State University Wexner Medical Center who helped conduct this survey says he’s “hopeful” that people will consider wearing masks during cold and flu season in the future. “I’m hopeful that our experience with the flu this year is enough of a learning and teaching moment that more people understand the impact we can make if we approach flu season differently in the future,” he says.

The ruling class is laughing at us and the chains we’ve fastened around our own necks.  They didn’t even have to lift a finger. People have become willing sheep.

Some are waking up, however. It is just a ridiculously slow process right now.  Stay aware and use discernment.

The post Americans Plan On Being Slaves Long After COVID Is “No Longer A Threat” first appeared on SHTF Plan – When It Hits The Fan, Don’t Say We Didn’t Warn You. 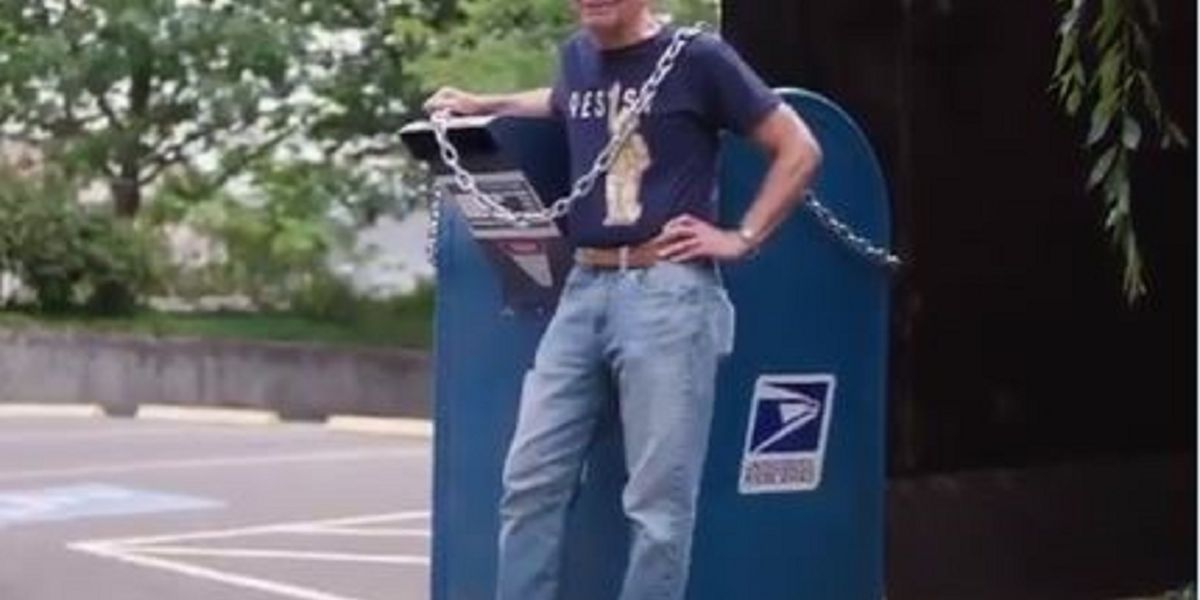 A Democratic U.S. congressman from Oregon has posted a video online of himself “chained” to a mailbox in an apparent display of defiance against the Trump administration’s proposed changes to the United States Postal Service.

Rep. Peter DeFazio has been on a social media tirade in recent days, claiming that President Donald Trump “is intentionally trying to destroy the United States Postal Service (USPS) to steal the election,” and insisting to his followers that “we can’t let it stand!”

On Tuesday, the Oregon Democrat posted a video to his Twitter feed showing a sparkling-new chain loosely draped over his shoulder and wrapped around a public mail box, while he declares, “They’re not gettin’ this one!”

The message accompanying the post read, “They’re trying to tear apart our Postal Service piece by piece. But Peter DeFazio is defending our right to vote (and every mailbox in America).”

They’re trying to tear apart our Postal Service piece by piece. But Peter DeFazio is defending our right to vote (a… https://t.co/IJcFr6ktyT

The fact that DeFazio is clearly not chained to the mailbox indicates his video is part of a political stunt, but it also serves as evidence of the hysteria going on by some Democrats about proposed changes to the postal service.

The USPS has acknowledged it is experiencing a “staggering loss of mail volume” since COVID-19 hit. In the meantime, President Trump has condemned the widespread utilization of mail-in voting for the November general election, while his administration has proposed cost-saving measures for the postal service.

Some prominent Democrats have painted the changes as an attempt by the president to suppress voting, with former Democratic Vice President Al Gore even saying that “by tampering with the postal service, [Trump] is in effect putting his knee on the neck of American democracy and trying to make it impossible for people to vote by mail.”

The comment was interpreted by many to be a reference to the death of George Floyd, who died after a Minneapolis police officer knelt on his neck in late May.

Before Gore’s remarks, Hollywood actress Jamie Lee Curtis suggested there was a “conspiracy” to steal the election when she saw a mail truck on the bed of a red tow truck and the driver purportedly had on “a red cap with white letters.”

But Trump-appointed Postmaster General Louis DeJoy attempted to put minds at ease hours before Rep. DeFazio’s display was posted on Tuesday, announcing in a statement that the planned operational changes will be put on hold:

I came to the Postal Service to make changes to secure the success of this organization and its long-term sustainability. I believe significant reforms are essential to that objective, and work toward those reforms will commence after the election. In the meantime, there are some longstanding operational initiatives — efforts that predate my arrival at the Postal Service — that have been raised as areas of concern as the nation prepares to hold an election in the midst of a devastating pandemic. To avoid even the appearance of any impact on election mail, I am suspending these initiatives until after the election is concluded.

DeJoy is scheduled to testify before the Senate Homeland Security and Governmental Affairs Committee on Friday and the Democrat-led House Oversight Committee on Monday. 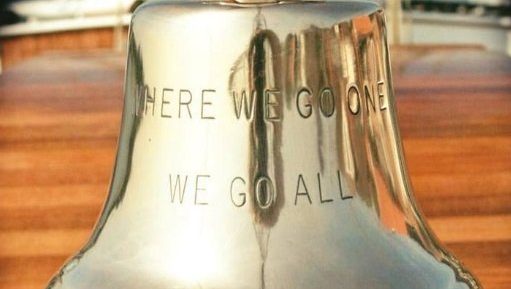 There’s a lot of tyrannical nonsense being propagated by the mainstream media on behalf of the ruling class and the elitists of the world, However, there are a lot of people awakening to the fact that they have lived as slaves and want to be free.

The ball started rolling slowly, but it’s picking up speed.  It won’t be too much longer before people figure out the whole truth.  That no one has the right to rule them just as they don’t have the right to rule anyone else.  We are all free, sovereign humans who have been brainwashed into accepting whatever chains the government has put on us.  But a good number of us have finally gotten off our knees and said: “that’s enough!” We are moving beyond fear and anger into a whole other realm of reasoning and logic. 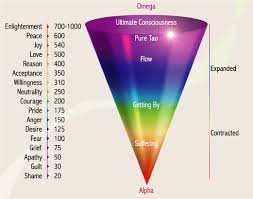 A huge shift is taking place.   Instead of accepting the official narrative and willingly submitting to slavery, the general population is started to ask questions.  They are starting to help their fellow humans and living life freely in spite of the tyranny enforcing cops and government telling them to submit to slavery so they can be “safe.”

Humans in the past have been relatively easy to control, But that’s all coming to end.  People are realizing they have a consciousness and free will and don’t need rulers to dictate their lives to them.

We can have a future that’s bright, and full of liberty and freedom and peace. But this will require a lot more people to open their eyes and stop ingesting the propaganda.  It will require all of us standing united against tyranny in support of everyone else’s rights. It will require that we all disobey immoral commands from anyone, including the government and the police.  It will require we let morality and compassion guide our decisions instead of propaganda and deceit.

We are on the precipice of a great future, but we all need to make sure we know what is going on and unite to stop tyranny in it’s tracks for good.