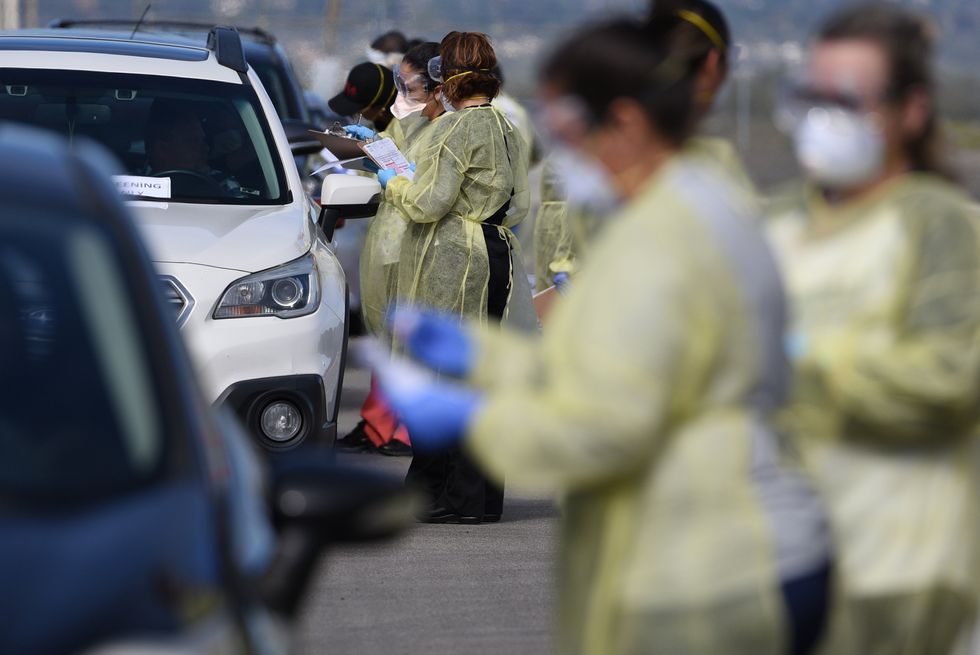 Project Veritas says that CBS News staged footage of coronavirus testing in order to make it look more dramatic at the Cherry Medical Center in Michigan.

In a Wednesday release, Project Veritas reported that CBS even included fake patients in testing areas.

The release alleged that CBS News reportedly asked health care workers to make a line of patients awaiting COVID-19 testing look longer than it actually was.

According to the report, “A CBS News crew pulled medical professionals off the floor at the Cherry Medical Center in Grand Rapids, Michigan, to line up in their vehicles so a CBS film crew would have a long line for their COVID-19 coverage.”

At least one health care professional reportedly told Project Veritas that the health care workers could have used their time better.

“We could have done other stuff,” she said.

James O’Keefe, founder and CEO of Project Veritas, said that a witness divulged the story to the organization.

“The insider told us that the medical personnel were taken away from treating patients and making the line longer for actual patients wait for the COVID-19 test,” O’Keefe said.

The source told O’Keefe that there is no question CBS News was intentionally trying to manipulate the footage for a better story.

“You’re telling me that you’re a hundred percent certain that CBS News, CBS Corporation — national, staged a fake event. They faked the news. They faked the reality and broadcasted that to all of their audience last Friday on ‘CBS This Morning?'” O’Keefe asked the insider.

Another source — Nick Ross, who is a a corporate cleaning site supervisor at the facility — said that he was there when the CBS crew arrived at the testing center to film.

“Apparently, the news crew wanted more people in the line because they knew it was scheduled,” Ross told the organization.

In a statement, CBS News insisted that it never staged “anything” at the Cherry Medical Center in Michigan.

“Any suggestion to the contrary is 100% false,” the statement read. “These allegations are alarming. We reached out to Cherry Health to address them immediately. They informed us for the first time that one of their chief officers told at least one staffer to get in the testing line along with real patients. No one from CBS News had any knowledge of this before tonight. They also said that their actions did not prevent any actual patients from being tested.”

The statement continued, “We take the accuracy of our reporting very seriously and we are removing the Cherry Health portion of the piece.” 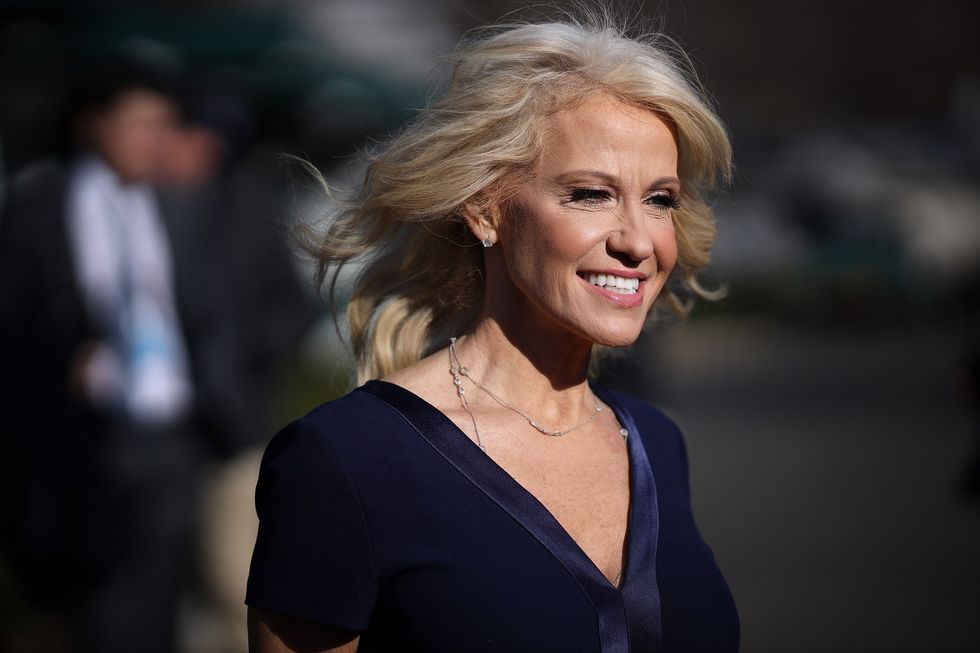 White House counselor Kellyanne Conway lost her patience on Wednesday with a CBS News correspondent who has made waves with a number of questions to the Trump administration’s coronavirus task force, telling the reporter, “I actually don’t know what’s happened to you.”

The Hill reported that Conway took answers from the press the day after President Donald Trump named off individuals selected to serve on a task force aimed at reopening the economy from the pandemic-induced shutdown.

CBS News’s Paul Reid asked Conway if there was “any thought to diversifying that council beyond what was predominately a group of very wealthy, white men.”

Conway said that “there will be other people raising their hand and saying, ‘how can I help,'” before explaining to Reid, “We don’t pick who the heads of the sports commission leagues and CEO’s of companies are who want to help.”

Reid pressed, “But you do pick your council and you could pick small businesses — they could pick other people from a diverse group of voices.”

“Paula, I actually don’t know what’s happened to you, respectfully,” Conway replied. “I don’t know why you’ve changed, and you’re in the briefing room screaming at Anthony Fauci and the president of the United States. I, frankly, think it’s unbecoming. But that aside, I will answer the question about how they’re going to help America, which is why I’m here.”

The White House counselor continued, “I think you’re here for a different reason it seems, these days.”

Reid made headlines earlier in the week when she engaged in a heated exchange with President Trump over his administration’s response to the coronavirus, when she pressed for details over what actions were taken during the month of February.

During the same White House press briefing on Monday, the CBS News reporter asked Dr. Fauci, “Are you doing this voluntarily or did the president or vice president ask?”

Dr. Fauci dismissed the question, saying, “Everything I do is voluntary. Please. Don’t even imply that.” 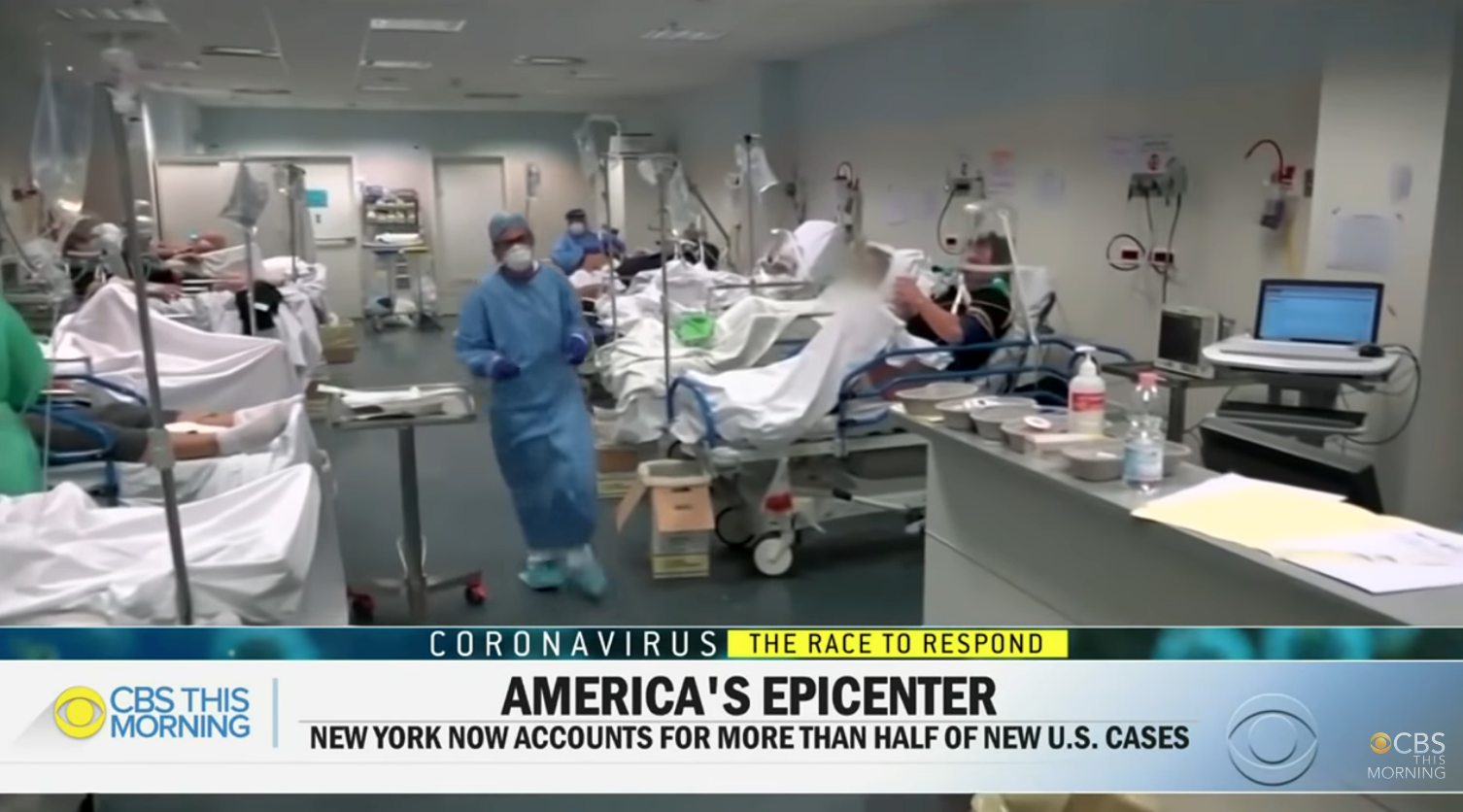 CBS News has admitted it made a “mistake” in airing footage of an overwhelmed Italian hospital while reporting on the coronavirus outbreak in New York City.

“It was an editing mistake. We took immediate steps to remove it from all platforms and shows,” a spokesperson told Fox News on Monday.

The footage in question was shot by Sky News and aired in a video report the outlet uploaded to YouTube on March 19, which documented the ongoing crisis in Italy’s coronavirus epicenter in Bergamo.

The Sky News report shows medical staff scrambling to treat direly ill patients with limited resources in an overcrowded hospital. Several patients can be seen desperately gasping for air. The outlet hoped to demonstrate to the world just how bad the situation was in the European country.

But last Wednesday, CBS News included a short clip from the Sky News video in a segment about the outbreak of COVID-19 in New York City, which the outlet calls “America’s Epicenter.”

A production administrator for Turning Point USA posted clips of the two broadcasts on Twitter to show viewers that the same footage is being used.

In northern Italian cities such as Bergamo where the Sky News report was shot, the health care system faced near collapse during the height of the outbreak. Doctors were reportedly having to choose between patients due to limited time and resources, in many cases, leaving elderly patients to die.

The death toll was so high in the country that the military was deployed to transport dead bodies to be cremated.

As of Monday, New York City had reported more than 36,000 confirmed cases, with 790 resulting deaths.

Here’s the full “CBS This Morning” segment from last Wednesday: 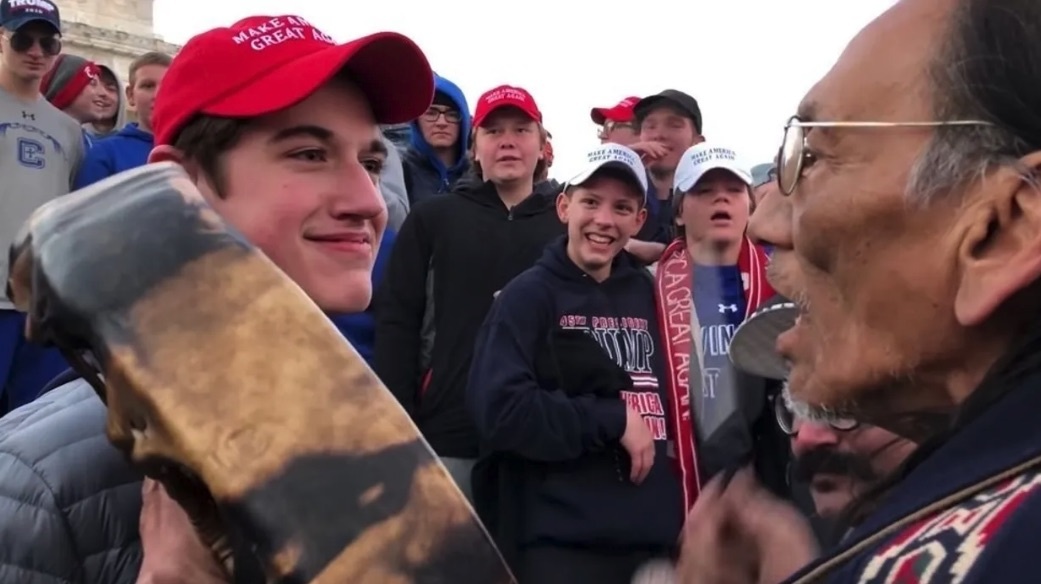 Nick Sandmann, the Covington Catholic student who became the center of a national controversy last January, has announced he is suing five additional media outlets.

The lawsuits will be filed sometime before March 9.

All of the future defendants listed above have published or republished statements made by Nathan Phillips and others that Nicholas blocked or otherwise restricted Phillips’ free movement and would not allow Phillips to retreat at the National Mall on January 18, 2019. Nicholas reserves his right to file complaints in this is Court or any other court against any other potential defendant not listed above, subject to the applicable statute of limitations.

Sandmann has so far filed lawsuits against CNN, the Washington Post, and NBC Universal, all for publishing falsehoods about him in stories related to last year’s March For Life controversy.

The lawsuits against the Post and NBC are outstanding, while CNN settled its lawsuit with an undisclosed terms in January.

It is not yet clear how much in monetary damages Sandmann will seek in this newest round of lawsuits.