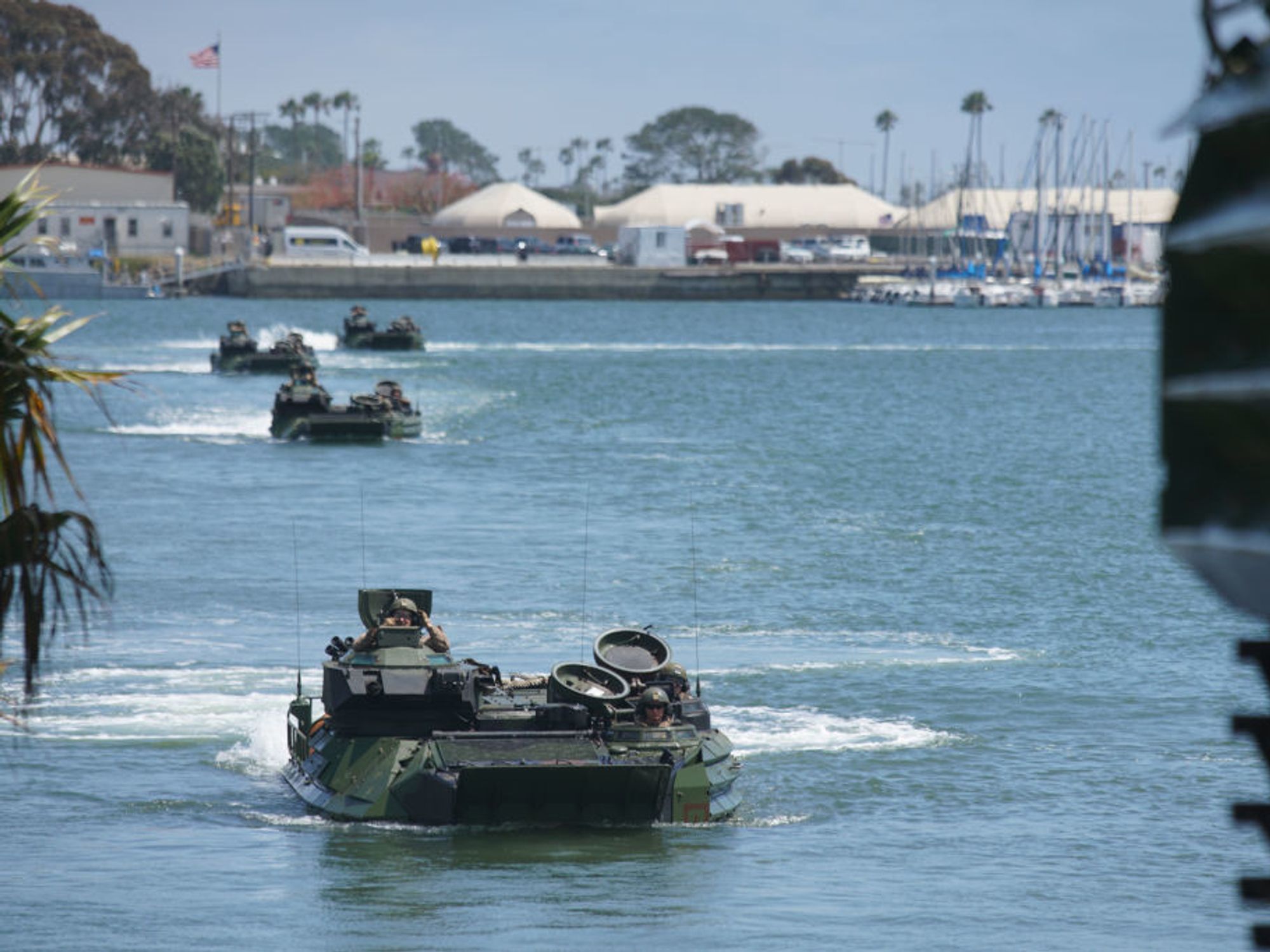 Eight troops who went missing after a “training mishap” are all presumed dead, the U.S. Marine Corps announced on Sunday.

A 26-ton amphibious assault vehicle carrying 15 Marines and one Navy sailor sank off the coast of Southern California on Thursday. Eight Marines were rescued from the sinking vehicle nicknamed an “amtrac,” short for “amphibious tractor.” Of those rescued, one later died, and two are in critical condition.

The vehicle was one of 13 amphibious assault crafts that had just completed a training exercise. The amtrac sank in the Pacific Ocean near San Clemente Island, approximately 80 miles west of San Diego.

The ships were heading back to the Navy-owned island when one of the AAVs began taking on water about a half-mile from San Clemente Island. Troops from two other amtracs attempted to save the sinking vessel, but it was too late.

Since Thursday, dozens of helicopters and ships spent 40 hours searching over 1,000-square nautical miles of sea. The vehicle sank in an area of water that was hundreds of feet deep, making it too deep for divers to reach the sunken military vehicle, according to the Associated Press.

On Sunday, the search was called off, and the eight missing troops were presumed dead.

“Search and rescue operations for the 7 Marines and 1 Sailor have concluded,” the Twitter account for the 15th Marine Expeditionary Unit posted on Sunday. “All eight missing service members are presumed deceased. Efforts will now turn to search and recovery. All next-of-kin have been notified. Keep our 15thMEU families in your thoughts and prayers.”

“It is with a heavy heart that I decided to conclude the search and rescue effort,” Col. Christopher Bronzi, commander of the 15th Marine Expeditionary Unit, said in a statement. “The steadfast dedication of the Marines, Sailors, and Coast Guardsmen to the persistent rescue effort was tremendous.”

“It is with a heavy heart, that I decided to conclude the search and rescue effort,” said Col. Christopher Bronzi,… https://t.co/fJtFcopGUw

The Marine Corps commandant, Gen. David Berger, suspended waterborne operations of all of its 800-plus amphibious assault vehicles while an investigation is conducted. Berger said the move was out of “an abundance of caution.”

All of the Marines involved in the accident are assigned to the 15th Marine Expeditionary Unit, based at nearby Camp Pendleton, north of San Diego. All of the troops ranged in age from 19 to early 30s. They were all wearing combat gear, including body armor and flotation vests, according to Lt. Gen. Joseph Osterman, commanding general of the 1st Marine Expeditionary Force.

The names of the victims will be released 24 hours after their families are notified.

Amtracs have been used by the U.S. military since 1972.