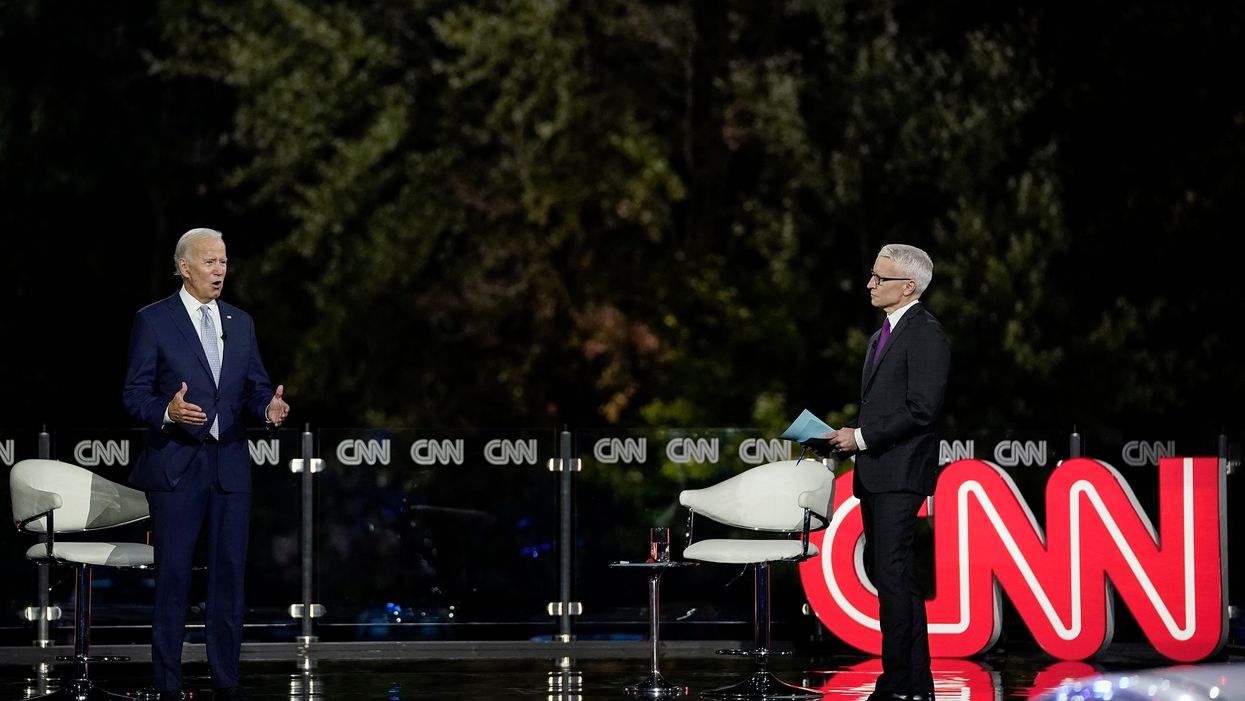 Democratic presidential nominee Joe Biden and CNN host Anderson Cooper were criticized on social media Thursday night, after viewers noticed that the two threw social distancing out the window as the cameras pulled away after carefully staying far apart during the candidate’s town hall.

Pundit Steve Krakauer shared footage of the incident, tweeting, “Joe Biden and Anderson Cooper are making a point of social distancing during the CNN Town Hall while on the stage. But when they think they’ve gone to commercial break, they get so close to each other that Biden is whispering in Cooper’s ear:”

Joe Biden and Anderson Cooper are making a point of social distancing during the CNN Town Hall while on the stage.… https://t.co/lqIYfFKmMW

Sure enough, the clip shared by Krakauer shows that after Cooper signs off for a commercial break, the cameras pull back but continue to show Biden approaching Anderson and the host leaning over as Biden appears to whisper in his ear.

Neither of them were wearing masks, which is noteworthy since Biden has repeatedly vowed that his administration would impose a federal mask mandate as long as it is legal.

The town hall was held in a parking lot and 35 cars were allowed for the “drive-in” event.. CNN reported that it “CNN is following all of the local guidelines and restrictions put in place due to the coronavirus pandemic,” according to the vice president of its special events team, “and everybody attending and working the town hall will have their temperatures taken and will answer screening questions.”

The outlet noted that in Pennsylvania, where the event was held, “wearing masks when outside of the home is mandatory.”

But Twitter users noticed that Biden and Cooper did not appear to be following the rules.

Several people called both men “frauds” and re-upped the common accusation that CNN is “fake news.” One person tweeted, “They are so phony. It’s sad that so many people are blind to it..” Another asked, “Can you catch Covid if the cameras aren’t rolling?”

Some folks wondered exactly what the two were discussing.

Others said the moment reminded them of when CNN reporter Kaitlan Collins was caught on camera immediately removing her mask after a White House coronavirus briefing in May.

But there were those who came to Biden and Cooper’s defense, with one person tweeting, “They are both tested daily. They have to be in order to do their jobs effectively.”

Interesting research on home security cameras with cloud storage. Basically, attackers can learn very basic information about what’s going on in front of the camera, and infer when there is someone home.