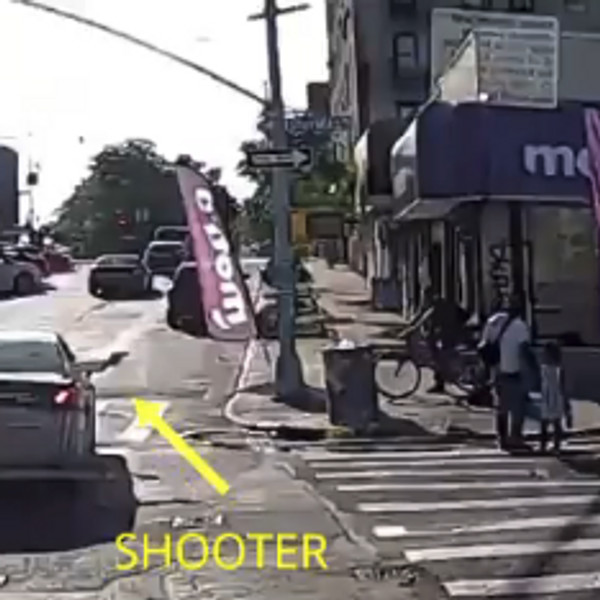 Surveillance video captured the chilling moment that a Bronx man was fatally shot as he held the hand of his six-year-old daughter while crossing the street Sunday.

The video shows victim Anthony Robinson, 29, and his daughter, being approached by a black sedan as they crossed the intersection of Sheridan Avenue and East 170th Street in Mount Eden Sunday, according to the New York Post.

As the vehicle approached, it slowed to the pace of Robinson and his daughter’s walk. When Robinson had crossed the intersection, he appeared to turn and say something to his daughter.

It was at this point that the passenger side window of the vehicle was rolled down and the shooter pointed a handgun at Robinson. The shooter opened fire, and Robinson can be seen falling to the ground as his daughter and a bystander run away.

New York Police Department Chief of Detectives Rodney Harrison first tweeted out the footage with the caption: “On Sunday, July 5th, police officers from the 44th Precinct responded to a 911 call for a male shot at Sheridan Avenue and East 170th Street.” (Warning: The video contains graphic content that may be disturbing to some viewers.) 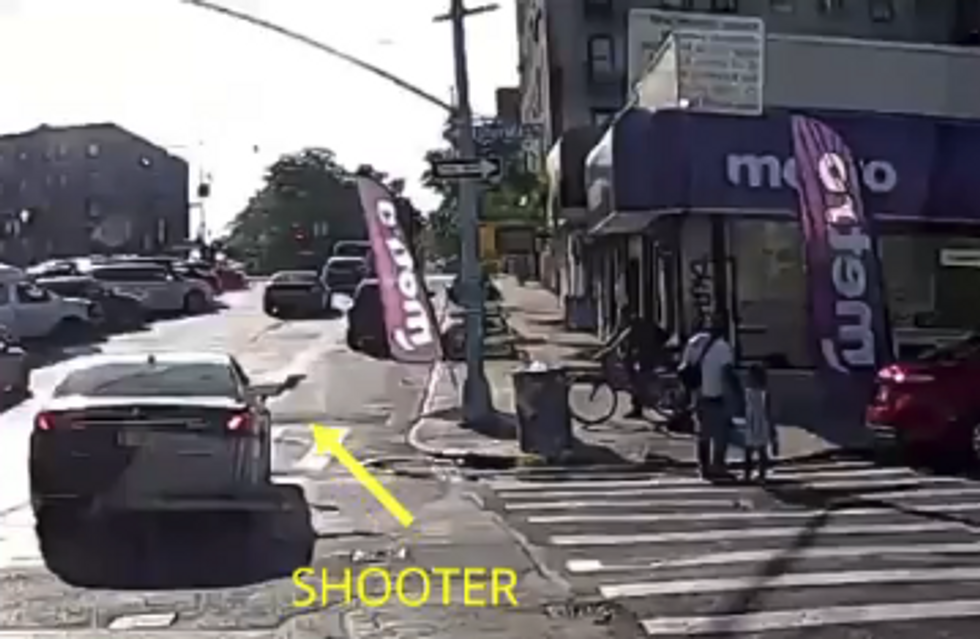 Harrison added in a follow-up tweets that Robinson was struck with multiple bullets, which resulted in his death. Harrison also requested the public to share any information pertaining to the incident.

TheBlaze reported on Monday that shootings in New York City have skyrocketed more than 200% in the weeks after the NYPD disbanded its “anti-crime unit.”

The department disbanded the plainclothes unit in mid-June, reassigning some 600 officers to other duties. The unit faced renewed scrutiny in the wake of mass protests against racial injustice and police brutality due to its involvement in a disproportionate number of the city’s fatal officer-involved shootings.

While the move was welcomed by some, others, such as Hazel Thomas — the mother of Jomo Glasgow, who was gunned down the day after the unit was disbanded — felt that it would leave residents unprotected.

“They shouldn’t have disbanded it,” Thomas told the New York Post. “Whatever the problem they have, address it. But don’t disband the unit. Many lives would have been saved. Not just my son.”

The department reported that June 2020 was the deadliest and most violent June in 24 years, as 205 shooting incidents occurred over the month.