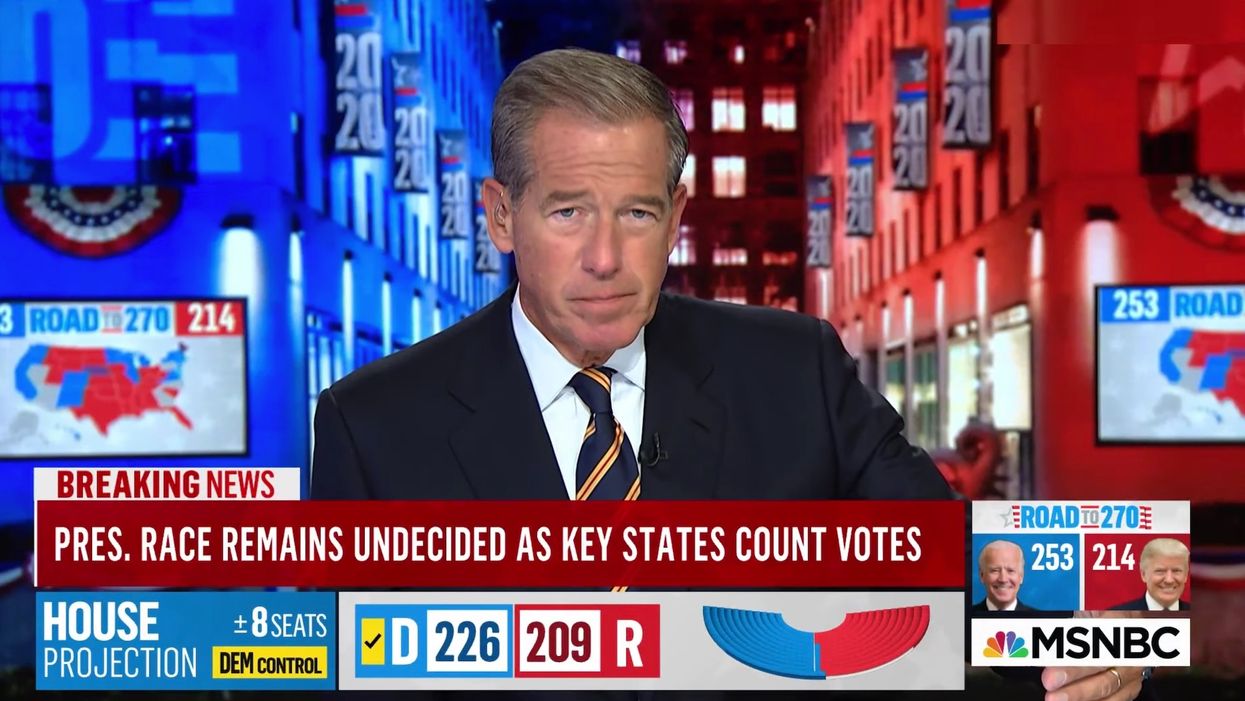 Cable news network MSNBC cut away from a media briefing by President Donald Trump about the ongoing election vote count and Brian Williams explained that, in his view, the president’s statements were dangerous to the country.

The president claimed that he had won the election, despite the vote count continuing, when MSNBC cut the feed and asked their legal correspondent Ari Melber to address his claims.

Here’s the moment that MSNBC cut away from the president:

Williams later defended the action they took after the president’s media briefing ended.

“A word about our decision to dive out of the president’s remarks, it was not done as a stunt or theatrics, we just can’t have it,” said Williams.

“It was not rooted in reality — and at this point, in where our country is, it’s dangerous,” he added.

Williams said that MSNBC host Nicolle Wallace watched the address to fill in their viewers on what he said.

“You remained watching and listening and you’re gonna be our briefer on just how deep it got and what we missed,” said Williams to Wallace.

“Well I’m so glad that we kinda show our work because I’m proud I work at a network that didn’t contribute to what the president just did and I have the only show on the network named after the White House so i felt if part of my job to watch it for our viewers,” said Wallace.

“It is a speech that represents one of the more dangerous acts that Donald Trump has undertaken as president,” she claimed.

Fox News and CNN both aired the 17 minute address from the president in full. Some on the left excoriated CNN for airing the comments.

Here’s Williams explaining why they cut away from the president:

“We just can’t have it,” Brian Williams says of MSNBC’s decision to cut away from Donald Trump’s dangerous speech a… https://t.co/tv1LQlAwsb