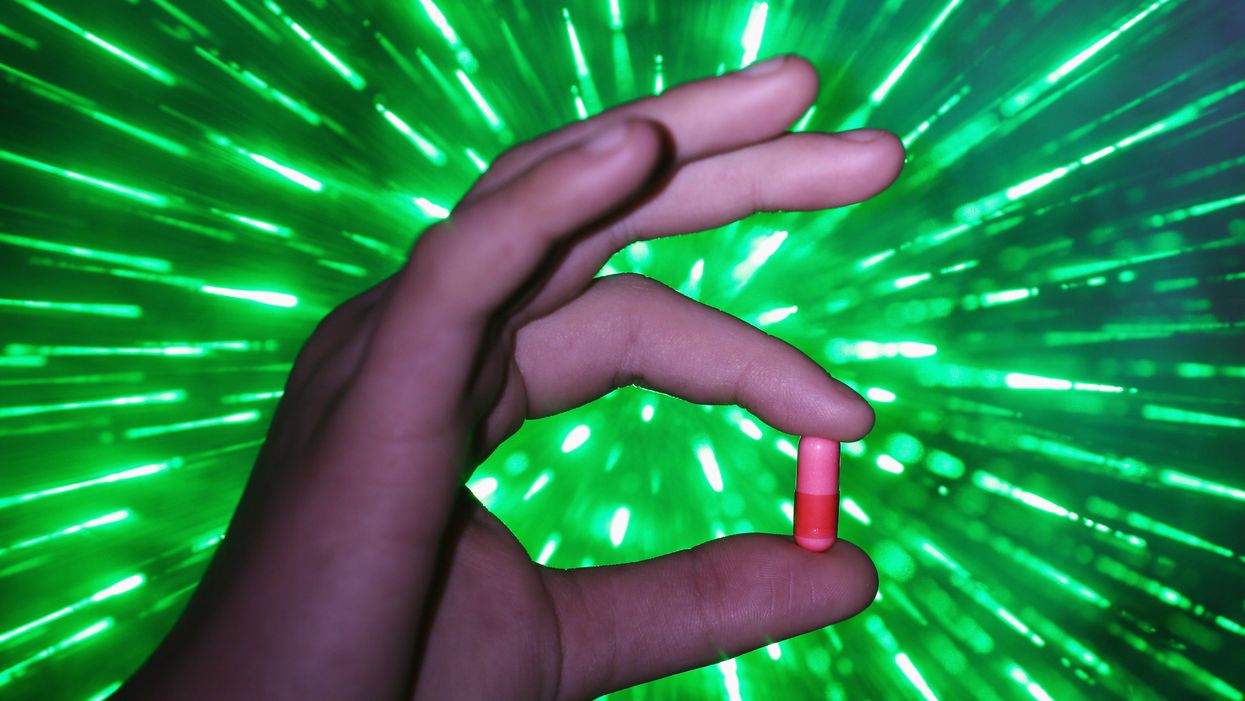 Ethics professor Parker Crutchfield said “morality pills” — in this case, psychoactive medications — might be the best option to fight against the continued spread of COVID-19.

In a lengthy essay for the Conversation, Crutchfield — an ethicist from Western Michigan University in Kalamazoo — said that the government could mandate “morality pills” to force citizens to comply with federal and state government mandates and to make them more cooperative and receptive.

Such mandates currently include social distancing and mask-wearing, and “morality pills,” in effect, would chemically coerce citizens to follow the rules in order to eradicate the spread of coronavirus.

In his remarks, Crutchfield said that the government could use hormones and/or synthetic drugs to force people into following health regulations due to COVID-19 — or, as he put it, “morally enhance” people.

“To me, it seems the problem of coronavirus defectors could be solved by moral enhancement: like receiving a vaccine to beef up your immune system, people could take a substance to boost their cooperative, pro-social behavior,” Crutchfield wrote. “Could a psychoactive pill be the solution to the pandemic?”

He later said, “I believe society may be better off, both in the short term as well as the long, by boosting not the body’s ability to fight off disease but the brain’s ability to cooperate with others. What if researchers developed and delivered a moral enhancer rather than an immunity enhancer?”

Crutchfield, however, despite his apparent excitement over the notion of forced compliance through chemical means, conceded that hormone therapy — specifically using the “feel-good” hormone, oxytocin — could result in some concerning unintended consequences, such as a promotion of ethnocentrism.

Ethnocentrism is a belief in inherent superiority of one’s own culture, race, or ethnic group when compared to others.

Such treatment may ‘perhaps increase racism’

According to Dr. Richard Weikart, in an article published on Evolution News, moral enhancement — which is associated with transhumanism, the idea that human behavior is genetically determined and could evolve through scientific and technological advancements — is a slippery slope.

Weikart wrote, “Oxytocin, one of the darling hormones proposed by those pushing ‘moral enhancement,’ seems to promote cooperation in [a testing] in-group, but hostility toward the out-group. Thus it may actually increase conformity to one’s own society, but perhaps increase racism.”

“Do we really want to increase conformity to COVID-19 regulations, if it increases racism?” Weikart asked.

Weikart continued by pointing out the theory of transhumanism is problematic at best.

“[T]ranshumanists have no basis for any objective morality, so whenever they talk about promoting morality, they are merely pushing for whatever they personally think is moral,” he reasoned. “If other people disagree with their moral vision, there is no way to adjudicate (other than by reference to who has the power to impose their morality on others …).”

He added that in such a case, “morality pills” will impose the “moral vision of the technocratic elite.”

“Some, like myself, think the opposite is true — the intellectual elites of our society have been promoting immorality for decades, and if anyone needs ‘moral enhancement,’ it is them,” he concluded.