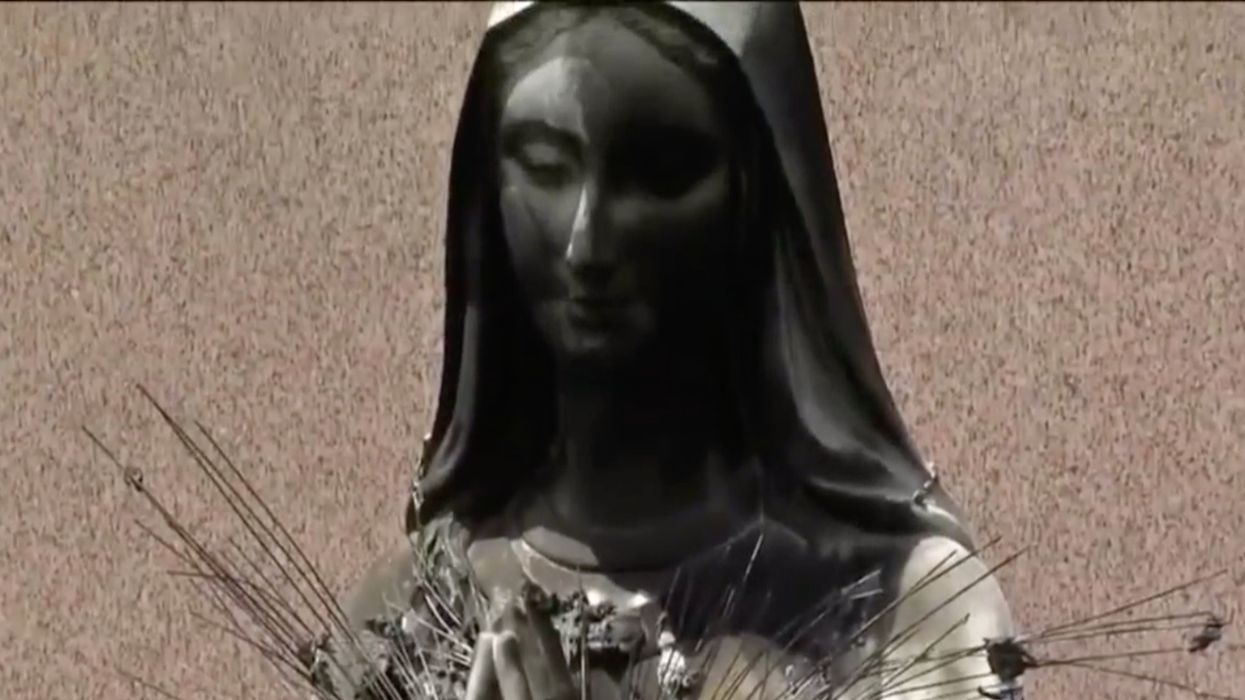 Vandals reportedly burned a statue of the Virgin Mary outside a Boston church over the weekend.

Suspects reportedly set fire to the plastic flowers in the statue’s clasped hands, which scorched its upper body and face, on Saturday.

Police are investigating the burning of he statue, which stands outside the Saint Peter Parish Church in the Dorchester neighborhood of Boston, Massachusetts, as an act of arson.

In a statement, Father John Curran, pastor of the church, told WCVB-TV, “I was shocked. [There’s] disappointment, sadness. The image of Our Lady is so important for us and our faith. It’s such a contradiction to her love. Mary would never desecrate anyone, never hurt anyone, only offer them the peace and love of Jesus. I think that’s where it really hits us in our hearts.”

He told WBTS-TV, “I was shocked. Shocked. This is obviously someone disturbed, someone who has a lot of trouble, a troubled soul. But I know our lady in heaven is looking down on the soul, or whoever it might’ve been, and saying, ‘I love you! If you need help, come get help. We’re here for you.'”

The statue was erected in front of the church just after World War II ended.

“Whoever is responsible for the desecration of the Holy Mother’s statue is clearly a troubled soul,” Terrence C. Donilon, secretary for Communications & Public Affairs for the Archdiocese of Boston, told the Daily Caller in a statement. “Mary represents all that is good and pure in our world. We have confidence in local law enforcement to investigate this matter. We pray for the person or persons responsible.”

The Boston Police Department announced it is asking anyone with information to call detectives or submit an anonymous tip with the Crime Stoppers Tip Line.