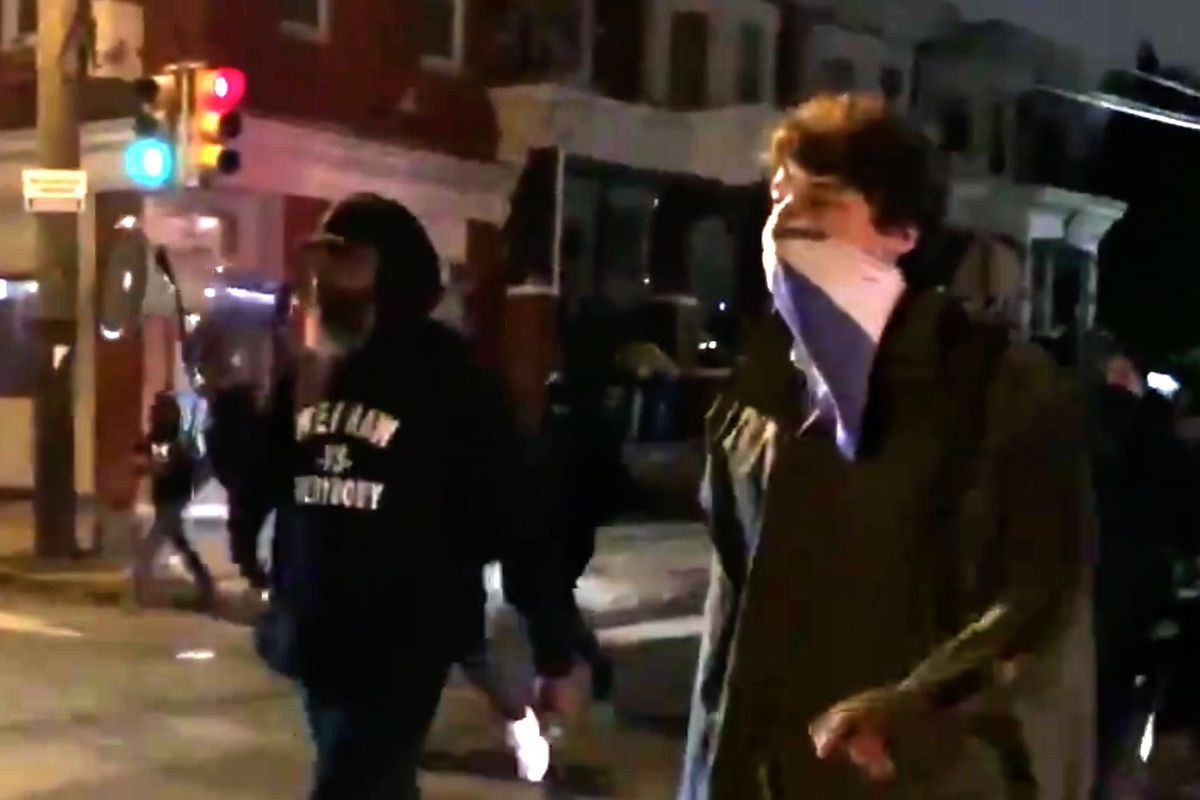 Black Lives Matter protesters in Philadelphia were recorded reciting a violent anti-police chant during the second night of rioting over the deadly police shooting of Walter Wallace Jr. on Monday.

The protesters’ chant was recorded by Blaze TV reporter Elijah Schaffer, who was told to stop recording shortly after capturing the video.

“Every city, every town, burn the (police) precincts to the ground”

BLM chants in the streets of Philadelphia and… https://t.co/bu7QL4y6tH

“Every city, every town, burn the precincts to the ground!” They chanted on the video before the frame jerks as an Antifa girl hits his camera. She is heard saying, “Stop filming!”

The video shows Wallace walking toward police as they yell at him and eventually shoot him. Police say he was armed with a knife and allegedly had it out as he approached them and ignored their commands.

Philadelphia erupted in violent protests and looting caught on social media that evening. On Tuesday, the rioting sparked up again with more videos of looting across the city.

Earlier in the evening, Schaffer documented some of the protesters, which he estimated at 400, marching through the streets.

are marching through neighborhoods right now to protest th… https://t.co/2MxwQb814g

Looters have reportedly struck at a Foot Locker, a Five Below store and a Walmart.

BREAKING: looting is taking place all around Philadelphia. This is a five below store being ransacked by black live… https://t.co/H79bxt53Fd

More than 30 officers were hurt in the rioting on Monday, including a 56-year-old sergeant who was intentionally struck by a truck racing through an intersection with police officers attending to the riot. She suffered a broken leg as well as other injuries, police said.

More than 90 people were arrested during the rioting on Monday, most of which were charged with burglary, while 11 were arrested for assault on a police officer.

Here’s news video of looting in Philadelphia on Tuesday: