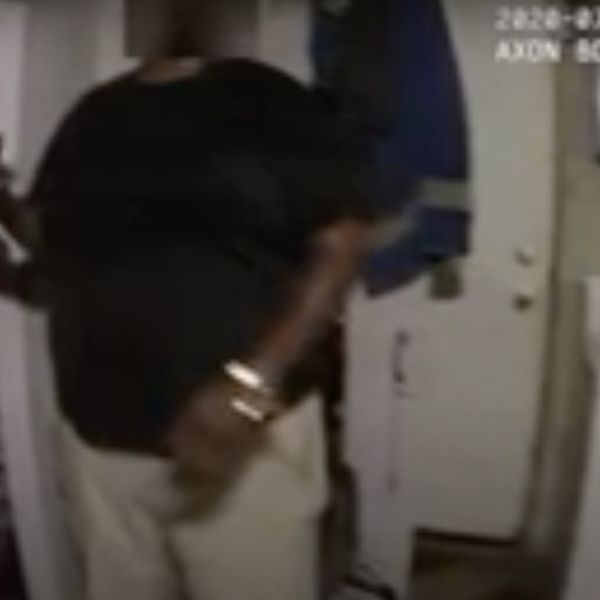 The Baltimore Police Department on Thursday released bodycam footage of an officer-involved shooting.

The incident took place on July 1 when police visited the suspect’s home after a caller — later identified as the suspect’s mother-in-law — said he was having a psychological episode.

At the home, police encountered Ricky Walker Jr., who was clearly agitated and in an erratic and delusional state of mind.

When police officers and medics arrive at the home, Walker’s mother-in-law warns that he is being “highly” combative and is armed with a gun. Officers carefully approach Walker, who is in the home’s basement with his wife, and attempt to defuse the situation while medics remain on standby outside the family home.

Bodycam footage captures the conversation between Walker and the officers, in which he rants about “real life” versus being “on camera.”

Out of nowhere, Walker produces a handgun from the pocket of his pants and aims the weapon at Baltimore Officer Eduardo Ortiz.

First responders took Walker into custody and transported him to a nearby hospital for treatment. At the time of this writing, Walker remains hospitalized in stable condition. Authorities charged Walker with first-degree assault for pointing a weapon at a police officer.

Police were called at least 10 days prior to the July 1 interaction with Walker after he reportedly threatened another person with a gun. In that instance, Walker was hospitalized “after being found naked” and armed with a gun that he reportedly “fired at vehicles.”

Police confiscated the firearm during the previous incident, but reportedly never followed up on the situation after Walker had been released to see if he had access to other firearms.