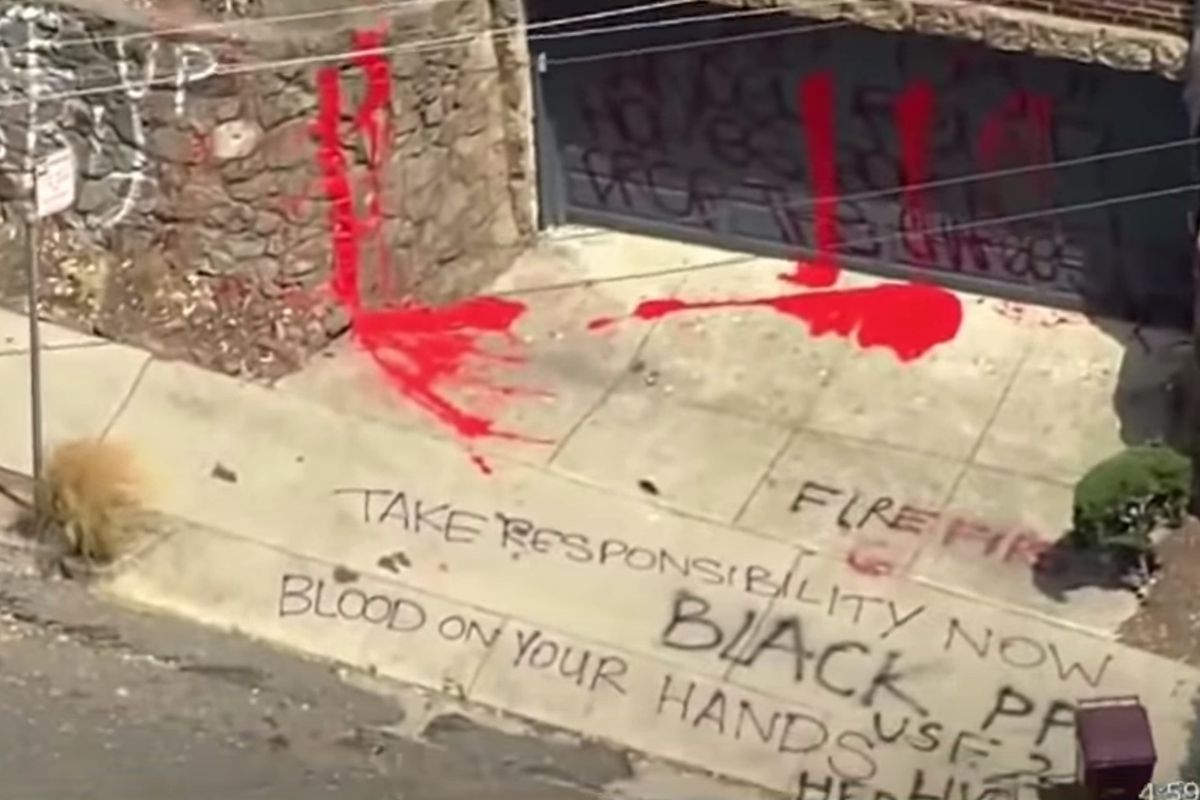 The Democratic mayor of Oakland, California, accused vandals who left Black Lives Matter messages spray painted at her home of trying to “terrorize” her and her family.

The incident occurred in the early morning on Tuesday outside Mayor Libby Schaaf’s house.

Witnesses say that 30 to 40 protesters dressed in black fired off projectiles and firecrackers during the vandalism. They spray-painted messages on the mayor’s stone wall, sidewalk and garage, including “Defund OPD,” “homes 4 all,” and “blood on your hands.”

A neighbor of the mayor told KGO-TV, “I know there’s a lot of unrest and frustration and I sympathize with that, but this was jarring and felt like to another level.”

A spokesperson for Schaaf released a statement condemning the vandalism.

“This attack designed to intimidate the Mayor and strike fear into her family, will not stop her from advocating for the policies she believes are in the best long-term interests of her beloved hometown,” said Justin Berton.

“Like all Oaklanders, she supports passionate protest but does not support tactics meant to harm and terrorize others,” the statement concluded.

“A wake up call to Libby”

The Sacramento Bee reported that a post at the San Francisco Independent Media Center’s website contained a message from someone claiming responsibility for the vandalism.

“Last night we sent a wake up call to Libby and a call for action to the whole Bay Area. We left a note on her garage, and treated her to a nice fireworks display and the musical notes of pots and pans and assorted noisemakers,” read the message.

“Our message to Libby and other elected officials is simple: You have the power to take the boot off our necks — so we have the duty to struggle against you until that boot is lifted,” they added. “You can’t hide from your responsibility!”

The message included four demands from the group. They called for the defunding of the Oakland Police Department, cancellation of rent, “Homes for All,” and “Drop the Charges,” without elaborating.

Police are investigating the vandalism.

President Donald Trump has threatened to send federal officers to Oakland in order to quell the protest violence there.

“Oakland is a mess. We are not going to let this happen in our country,” he has said.

On Monday, the day before the vandalism on her home, Schaaf called the threat a “racist dog whistle.”

Here’s a local news report about the vandalism: 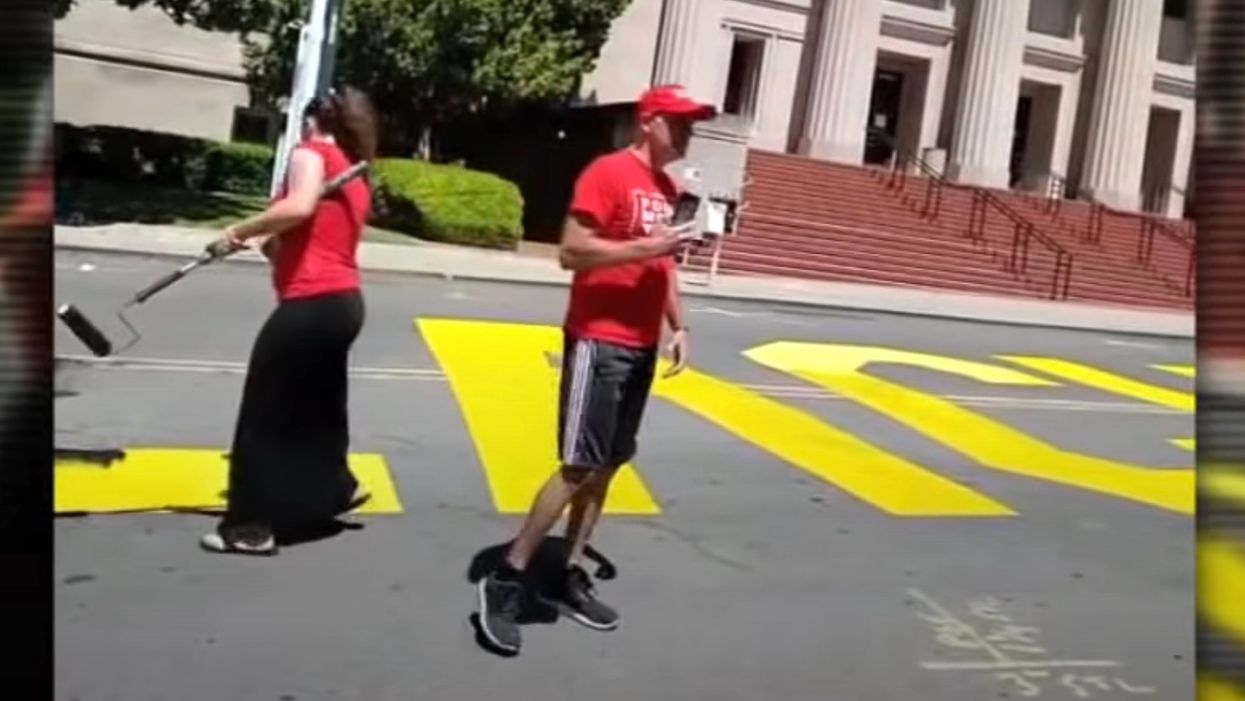 A couple captured on cellphone video painting over a Black Lives Matter street mural installation has been charged with a hate crime over the incident.

Black Lives Matter supporters recorded a woman using a roller paint brush to paint over the art and her male partner in a very heated viral video. The incident happened in Martinez, California, on the Fourth of July.

“There is no oppression, there is no racism,” says the man. “It’s a leftist lie.”

On Tuesday Contra Costa County District Attorney Diana Becton announced in a statement that the couple had been charged with a hate crime.

Becton points out in the statement that the temporary mural was approved by the City of Martinez, and had been painted just hours prior to the vandalism.

If found guilty, the couple could face up to a year in county jail.

Here’s a local news report about the reaction to the incident: