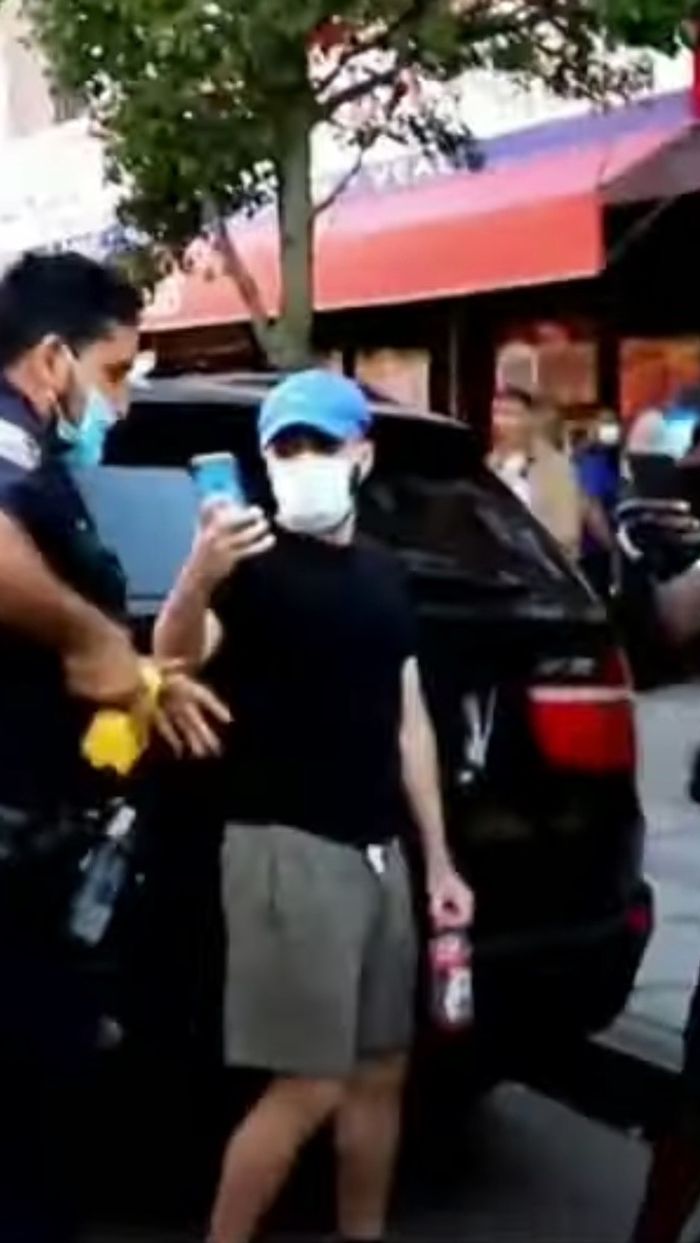 A viral video showing a New York City police officer tasing a Black Lives Matter protester inspired outrage online against police, but they say it doesn’t show the entire story of the incident.

The altercation occurred in the Bay Ridge neighborhood of Brooklyn, where pro-police protesters clashed with Black Lives Matter protesters.

The viral video shows an officer get into an altercation with a black man at the protest. The man appeared to refuse the order from an officer to back up out of the street and got tackled by another officer.

That officer tased the man, who fell to the ground and was arrested.

Videos of the incident were circulated widely among critics of the police on social media.

Many of those outraged were angered that the man arrested appeared to be tased because he was yelling at police.

However, according to the New York Daily News, police said that 15 seconds before the video recording, the man had allegedly flung a helmet at an officer.

The Washington Post reported that the incident is under investigation, according to the New York City mayor’s office.

Here’s a news report about the incident: