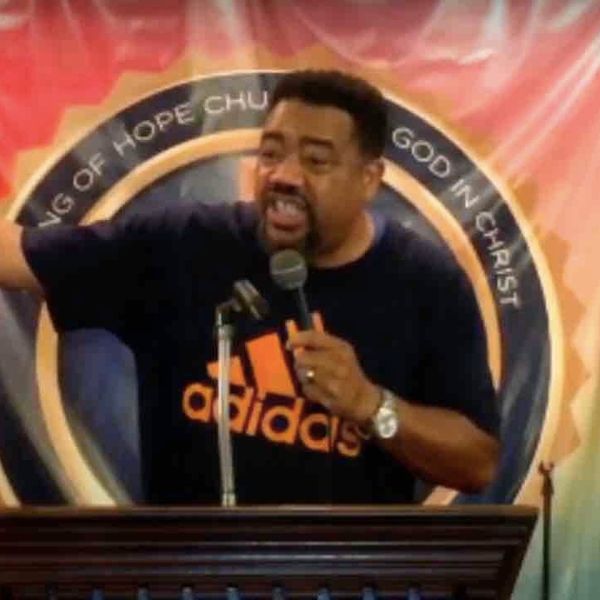 Bishop Talbert Swan of the Church of God in Christ got quite a bit of attention Sunday morning on the heels of the death of President Donald Trump’s younger brother Robert by tweeting, “Dear Grim Reaper, you took the #wrongtrump”:

And wouldn’t you know, just a few hours after his tweet, Swan preached a sermon for the Spring of Hope Church of God in Christ in Springfield, Massachusetts? But if you’re thinking he offered an apology for his lack of compassion toward Trump and his family, you’re thinking wrong.

After reading from the first 11 verses of the Gospel of Mark’s 11th chapter, which focuses on Christ’s triumphal entry into Jerusalem, Swan addressed his listeners: “I want to welcome those in the sanctuary, those that are streaming, friends and enemies, members and trolls — everybody.”

Swan didn’t address his tweet directly but did note the following: “I know some of y’all are getting salty with me already … the trolls are already mad with me … they’ve been calling the church all morning, leaving messages all morning, they’ve been all over our livestream. They mad, they big mad, but you know what? I found out that … when you get the devil mad like that, you must be doing something right.”

He added “for those of y’all who are salty with me, I really don’t care” and then laughed before adding, “Jimmy crack corn…” — a reference to the well-known song first performed in the 1840s by blackface minstrel groups.

Amid his teaching Swan declared that God will draw all people to him, including whites, blacks, and other ethnicities, as well as “the gay … the straight … the transgender … the asexual … the bisexual … the conservative … the liberal.”

He also told his listeners that “we’re too caught up in our own selfish agendas to be a part of God’s agenda.”

Here’s the livestream of the service. Swan’s sermon begins at the 57-minute mark:

What else did Swan say?

On Monday morning, Swan spoke on Facebook Live about the reaction to his “Grim Reaper” tweet and pointed to the “hypocrisy” of these “good Christian white folks” who left hundreds of “racist” voicemails at his church Sunday and adding that they’re the “same” people who wished death on former President Barack Obama.

Of course, not every person who took issue with Swan’s tweet is white.

You might recall Damani Felder — a black Trump supporter and founder of The Right Brothers — who blasted Black Lives Matter protesters who got violent at a restaurant last month right in front of him. Well, Felder told Swan, “You’re a sorry excuse for a Bishop. Seek help.”

Conservative black activist McKayla J told Swan he’s “going to hell” and that the Bible “warned us of fake pastors” — to which Swan replied, “Do you want me to tell your mother or any of your other family members you said hi when I get there?”

Conservative black activist Bryson Gray told Swan, “Stop referring to yourself as a pastor or bishop. You are a demon.” Swan’s response? “Keep working for those butter biscuits uncle ruckus” — a reference to a black cartoon character who “worships the white race and abhors all others but predominantly blacks,” according to the Urban Dictionary.

In 2018, Swan warned “white women” who kneel during the national anthem to protest “rape culture” that they’re “highjacking [sic] a movement” they “took no risks for.”

Earlier that year, Swan tweeted that “if heaven is going to be full of American evangelicals, I’ll take my chances on hell.” 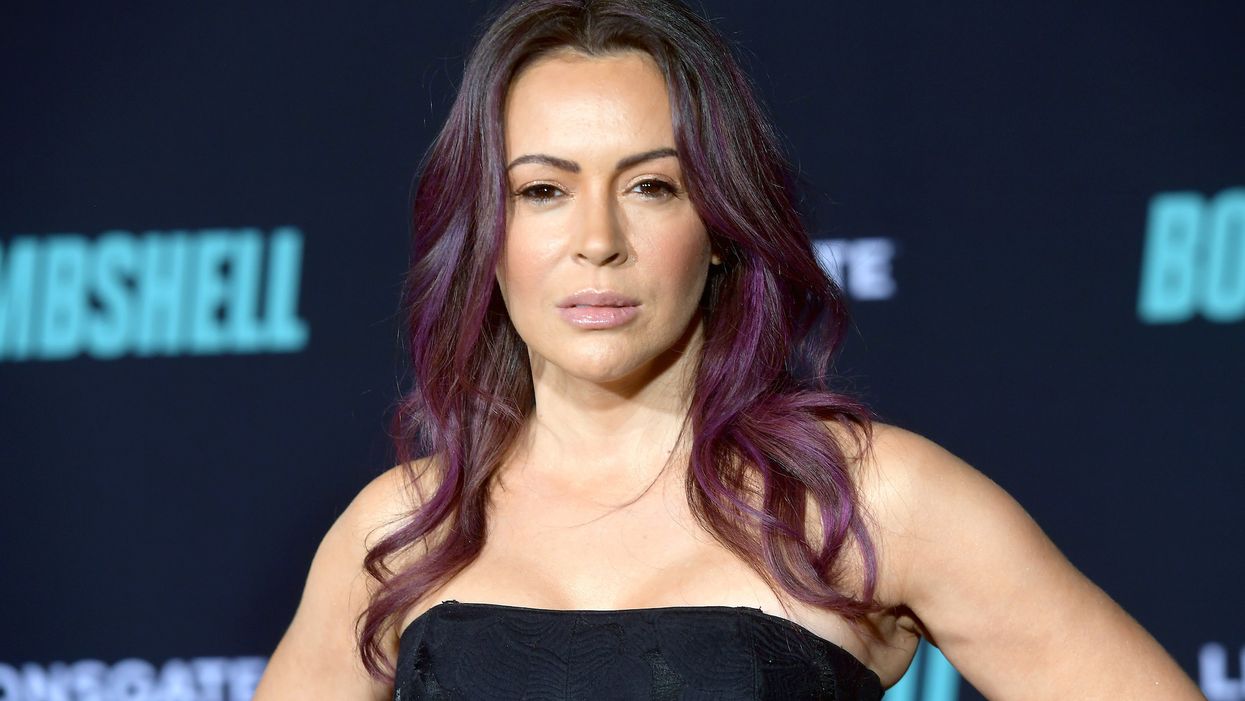 The video was hosted by Bishop Talbert Swan on “The Bishop’s Barbecue.”

Milano participated in the discussion with black pastors about politics and retweeted the video with clips from the conference.

“The evangelical right was rooted in white supremacy” – @timjacobwise

“Let’s remember that the moral majority and the Christian Evangelical right was never first and foremost about moral issues, abortion, sexuality, any of that, it was actually rooted in white supremacy,” claimed activist Tim Jacob Wise.

“What do you say, what do you say to your white conservative friends, you know, who say well Mike, you know, you know, God said, you know because you know, of course God is all in this thing with Trump, you know, that’s that’s the will of God and and you gotta play for him, and Romans 13 says to ah, submit to governing authorities,” asked Swan.

“I tell them they’re full of the devil, I mean,” responded Pastor Michael McBride.

“I start off with, I tell them you have been betwixt [sic] by a lie, I tell them that, you know, you are the same Christian who would sit in the Southern churches during the 1880s and the 1890s, and 1900s, early, earliest years, listen to the preacher preach his messages, lift your hands and pray to Jesus, and then leave the sanctuary and go lynch a black person, a black child, a black woman, a black baby in the afternoon.”

Milano has a short clip at the end of the video exhorting Americans to follow and support black leaders.