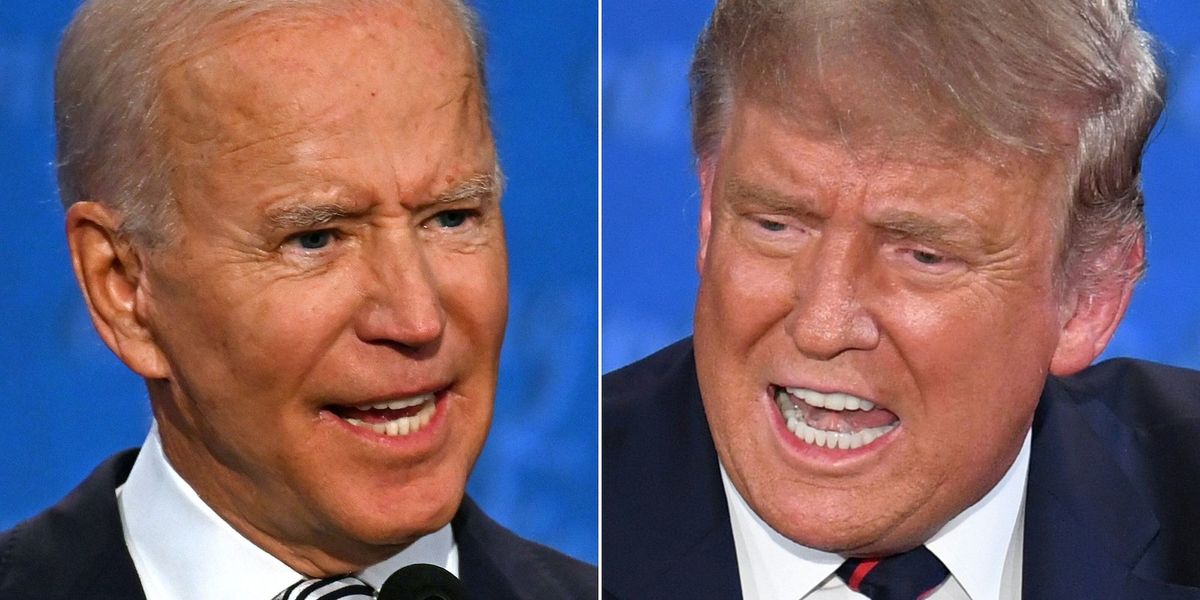 President Donald Trump was ready for the issue of caged children at the border to be brought up during the final debate, and he pummeled Democratic presidential candidate Joe Biden with his response.

Kristen Welker asked the president to respond to a report that ICE was unable to find the parents of more than 500 children who had been separated from their families at the border.

“Children are brought here by coyotes and lots of bad people, cartels, and they’re brought here, and they used to use them to get into our country. We now have as strong a border as we’ve ever had; we’re over 400 miles of brand-new wall. You see the numbers, and we let people in, but they have to come in legally,” responded Trump.

He went on to explain how he was falsely accused by the media over caged children photographed before his administration.

“Coyotes didn’t bring them over; their parents were with them. They got separated from their parents. And it makes us a laughingstock and violates every notion of who we are as a nation,” responded Biden.

“Who built the cages, Joe?” he added again.

“Let’s talk about what we were talking about,” said Biden, who didn’t respond to Trump’s prodding.

The president went on to explain that the administration was working to reunite the children with their families.

Democrats used photographs of children caged at the border to excoriate the president’s policies on illegal immigration, but the narrative was undermined when it was discovered that some of the photos came from Obama’s presidency.

Here’s the video of the heated exchange:


Trump Leaves Biden SPEECHLESS When He Asks: “Who Built the Cages, Joe?”