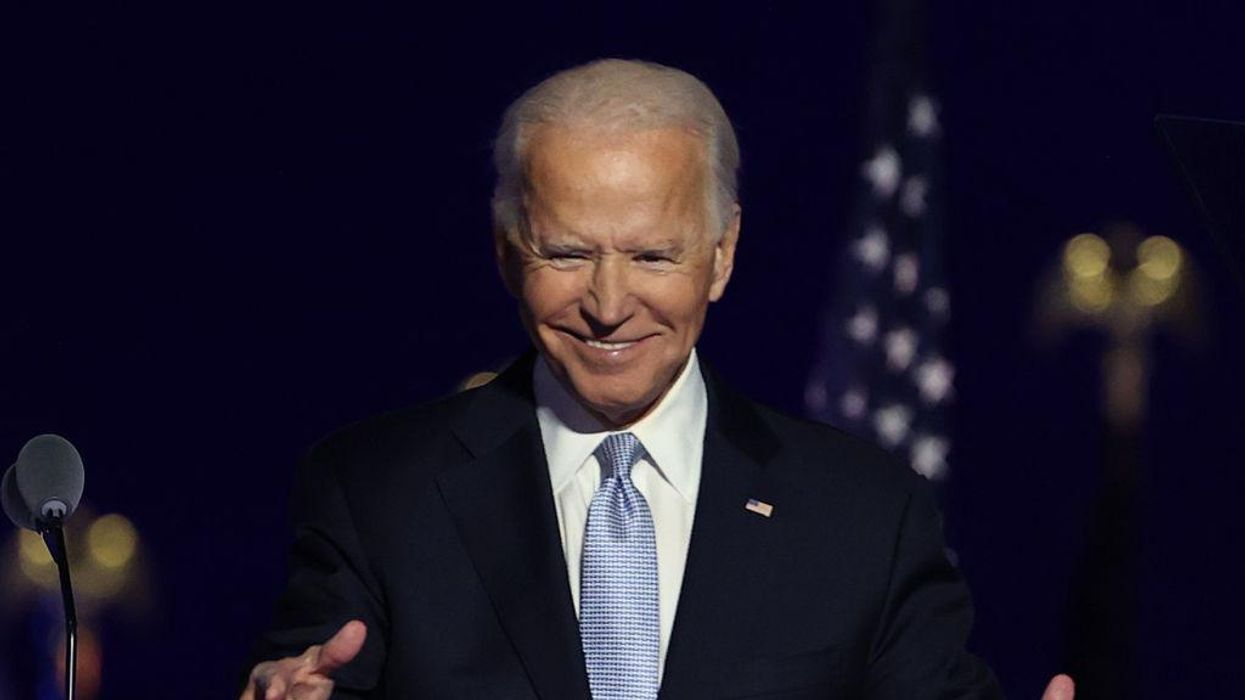 Democratic nominee Joe Biden is planning to use executive power to enact sweeping changes across a range of issues during the first days of his presidency, according to one of his top aides.

Stef Feldman, who serves as Biden’s national policy director, made the claim during a Zoom briefing hosted by Georgetown University’s Institute of Politics and Public Service last week.

According to the Washington Examiner, during the briefing, Feldman indicated that Biden is planning to “make big, bold changes through executive action, not just on policing and climate like we talked about previously, but in healthcare and education, on gun violence, on a range of issues.”

“There’s really a lot you can do through guidance and executive action,” she added.

The comments come as a cloud of uncertainty remains surrounding Biden’s intention to use executive orders to accomplish policy objectives.

Leaked audio from a recent closed-door meeting between the former vice president and civil rights leaders showed a defiant Biden rejecting the type of flippant use of executive authority pushed by his “progressive friends.” During the meeting, Biden pushed back against suggestions that he use executive orders to accomplish objectives like instituting a national database on police misconduct or banning assault weapons.

Though at the same time he said he was “not going to hesitate” to use executive authority to “undo every single damn thing” that President Trump has done over the last four years.

Senate Minority Leader Chuck Schumer (D-N.Y.), along with other progressive lawmakers, has been urging Biden to circumvent Congress and cancel $50,000 of federal student loan debt for every borrower, and this week, Schumer told reporters that Biden is “considering” the proposal.

The mixed messaging coming from Biden and his policy director suggests that either there is a degree of miscommunication within Biden’s team or that the team’s approach to use of executive authority is evolving.

Despite what Biden told civil rights leaders, it is largely expected that his administration would attempt to bypass Congress where possible to push through Democratic policy objectives, especially if Republicans maintain their majority in the Senate.

Given the expectation, industries such as the gun industry are readying aggressive action to counter any controversial executive orders. 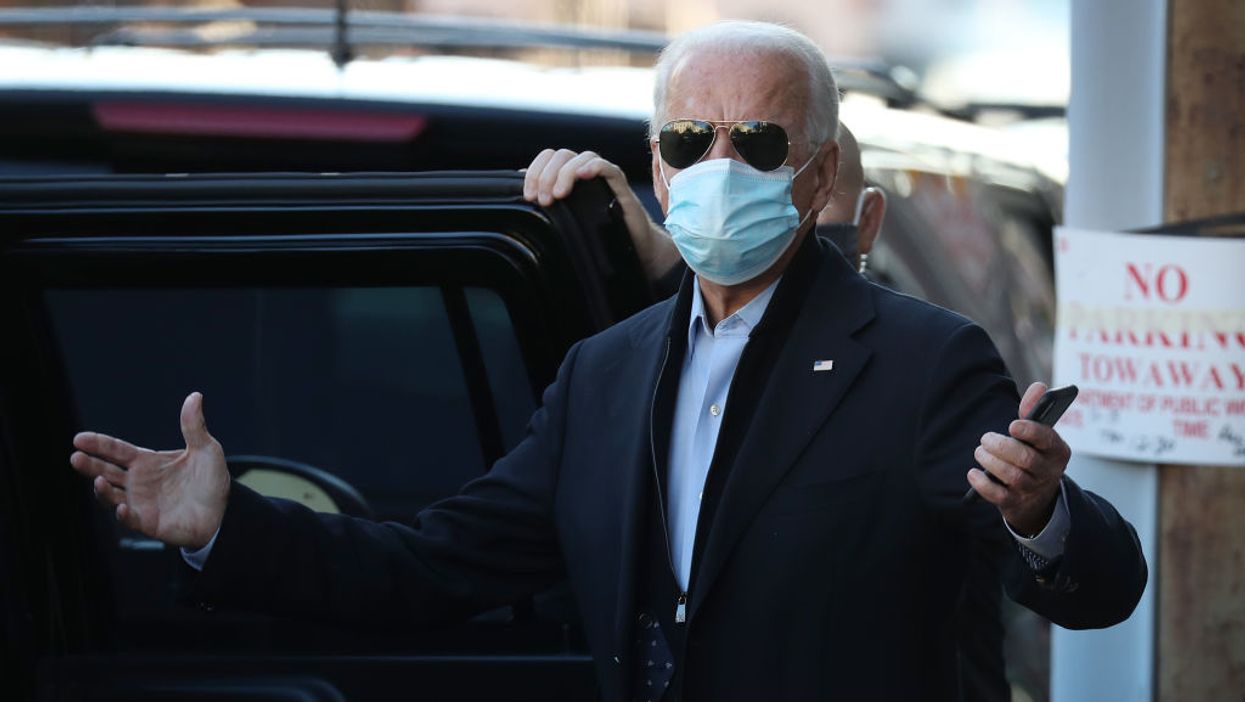 The outlet cited figures calculated by the National Shooting Sport Foundation (NSSF), showing that some 20 million modern sporting rifles and 150 million ammunition magazines presently in the country could be subject to a tax under Biden’s plan.

On his campaign website, the former vice president proposes ending easy access to “assault weapons and high-capacity magazines” by banning their manufacture and sale and “regulat[ing] possession of existing assault weapons under the National Firearms Act.”

That regulatory law already affects the possession of machine guns, silencers, and short-barreled rifles, which owners are required to register with the Bureau of Alcohol, Tobacco, Firearms and Explosives. The law also includes a $200 tax.

If the existing law were to be applied to the 170 million modern sporting rifles and ammunition magazines as Biden proposes, that $200 tax on each unit would amount to $34 billion. While it should be noted that Biden has not explicitly called for a new tax on firearms, his proposed plan implicitly results in a new tax unless something in the law were to be changed.

Under the plan, Biden gives “individuals who now possess assault weapons or high-capacity magazines two options: Sell the weapons to the government, or register them under the National Firearms Act.”

So, in essence, those gun owners who choose to keep their weapons would be forced to register them with the ATF and pay the $200 tax.

In a fact-check of a similar claim made earlier this month, PolitiFact acknowledged as much, though it concluded that “it’s not certain that Biden’s proposal would automatically trigger a $200 tax” as some of the plan’s details have yet to be ironed out.

Responding to the news, NSSF spokesman Mark Oliva indicated that the sheer number of affected firearms and magazines ought to give the Biden team pause before enacting such sweeping regulation.

“I think if [Biden and his team] were smart, they would look at those numbers and get an idea of where America stands on gun ownership and gun rights,” he told the Free Beacon.

It just so happens that the news comes alongside a Gallup survey showing support for stricter gun laws has fallen to its lowest levels since 2016. Perhaps public opinion would sway Biden away from his campaign position, but don’t hold your breath. 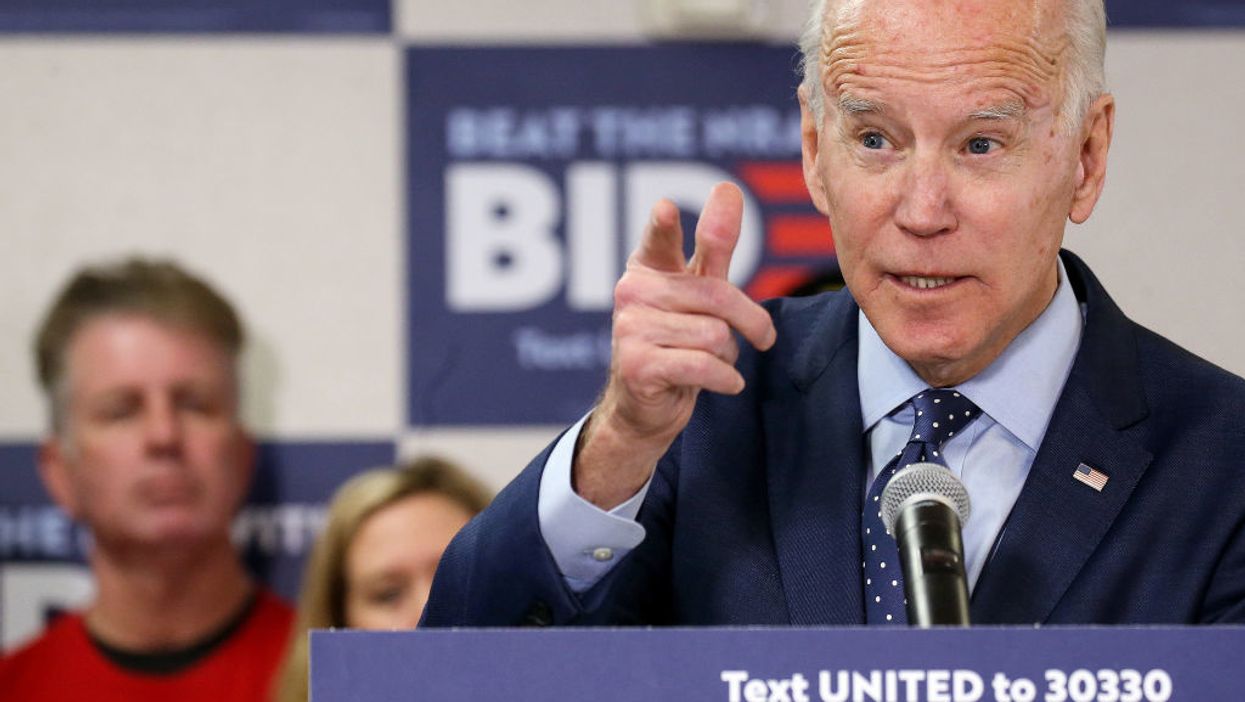 During Thursday night’s town hall on ABC News, Democratic presidential nominee Joe Biden once again repeated the dangerous suggestion that police officers should be trained to shoot offenders “in the leg” instead of in the chest when they are being charged.

This time around, the former vice president touted the advice as a way to “de-escalate” a dangerous situation.

In a muddled response to a question about criminal justice reform, Biden said, “There’s a lot of things we’ve learned, and it takes time, but we can do this. You can ban chokeholds … but beyond that, you have to teach [the police] how to de-escalate circumstances, de-escalate.”

“So, instead of anybody coming at you and the first thing you do is shoot to kill, you shoot them in the leg,” he added.

Amazingly, Thursday was not the first time that Biden has pitched the suggestion. Earlier this year, he told a a group of black leaders at Bethel AME Church in Wilmington, Delaware, that aiming at the leg instead of center mass is way that law enforcement could reduce potential fatalities.

“Instead of standing there and teaching a cop when there’s an unarmed person coming at him with a knife or something to shoot him in the leg instead of in the heart,” he said.

TheBlaze pointed out at the time that an attacker wielding a “knife or something” is not exactly “unarmed.”

But remember, this is the same guy who once argued that firing a shotgun into the air or through the door is a safe and effective way to ward off would-be attackers.

Of course, it was pointed out then, and should be pointed out again, that shooting a charging suspect in the leg rather than in the chest is obviously a bad idea.

In his report on the news, Hot Air’s Ed Morrissey explained why:

This is not just nonsense, it’s dangerous nonsense. Police shouldn’t fire weapons at all unless they are facing an imminent lethal threat to themselves or others, but when they do use firearms, they have to do so in the safest and most effective manner possible. Police (and everyone else who takes firearms courses) are trained to aim at center mass for a number of reasons, primarily because it has the best percentage of not missing. Aiming at moving limbs (and heads) is difficult even under calm circumstances, let alone the high-adrenaline situations of lethal threats. When bullets miss, they keep going for a long way and can kill other people, even on ricochets. Instead of killing an actual lethal threat, this policy would increase the potential for killing or wounding bystanders.

Furthermore, Reason’s Robby Soave points out the obvious: Even if police successfully hit a charging suspect in the leg, that doesn’t mean he or she will go down.

If an officer’s life is actually threatened, hitting the suspect in the leg is no guarantee the threat will be neutralized. People who have been hit in the leg or arm are not immediately incapacitated, which is why the police keep firing until a suspect is down. Real life is not like an episode of 24, or a Mission: Impossible movie!

Biden, to his credit, did reject the increasingly popular liberal notion that defunding police is a good idea.

“We shouldn’t be defunding cops,” Biden said. “We should be mandating the things that we should be doing within police departments and make sure there’s total transparency.”

Unfortunately, the nominee believes that training cops to aim for the legs and sending psychologists to lethal threat situations are some of the “things we should be doing within police departments” instead of cutting their budgets.