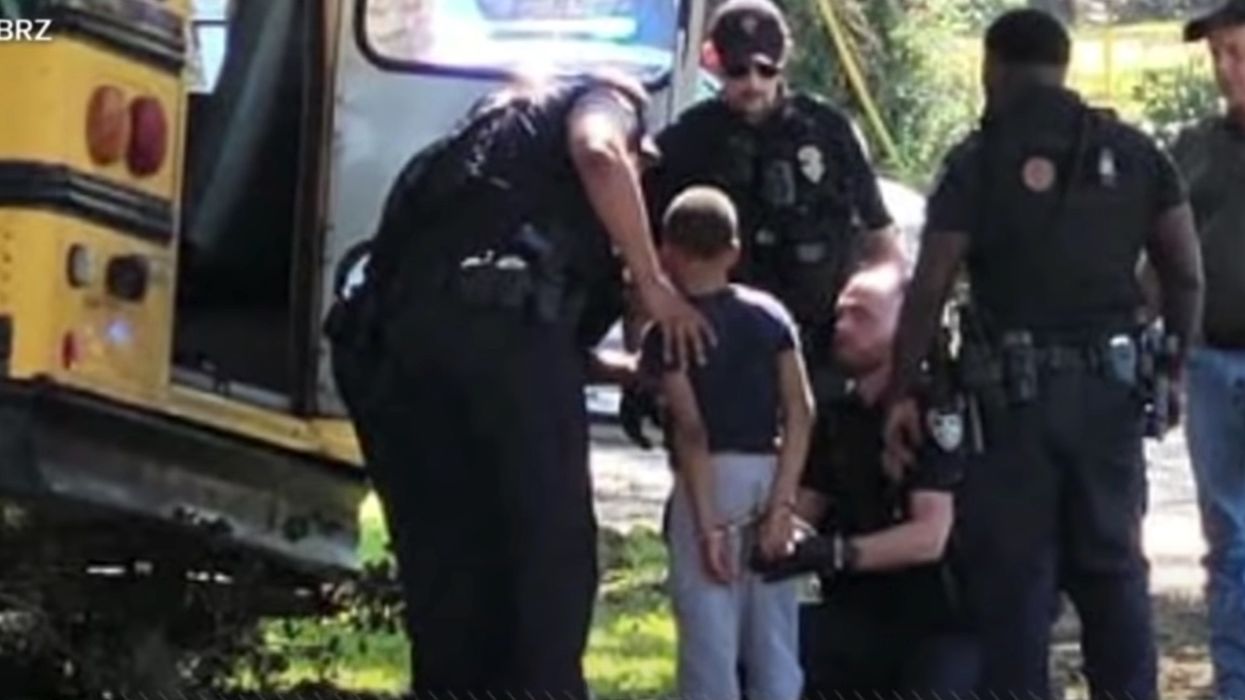 Social media users documented the bizarre police chase of a school bus that was stolen by an 11-year-old boy in Baton Rouge, Louisiana.

Police said the boy taunted them and flipped them off during the 45-minute chase on Sunday.

Baton Rouge Police Department spokesman L’Jean McKneely said that the boy was able to climb into the school bus that belonged to a contractor working with the Head Start Elementary.

The boy eventually crashed the bus into a large tree in front of a residence.

The homeowners said they were stunned to see police arrest such a young man after the crash in their front yard.

“It was just unbelievable to see something like that,” said homeowner Libby Smith.

#update Here’s a closer look at the bus. The homeowners said they saw the kid get out of the bus and he looked okay… https://t.co/SdFpeTRmJF

“You just don’t think of a 10-year-old boy driving a bus and being in control of a big bus like that,” she added.

Police charged the boy with theft of a motor vehicle, aggravated flight, three charges of aggravated damage to property and aggravated assault. He has been charged as a juvenile and his identity was not released.

Police say no one was injured in the incident, but that the boy was charged with “aggravated assault” because at one point he allegedly tried to hit another vehicle.

On Monday, police said that the bus had a push-to-start ignition.

McNeely said that the boy told the officers that he did it “just to do it.”

Here’s a local news report about the stolen bus chase: