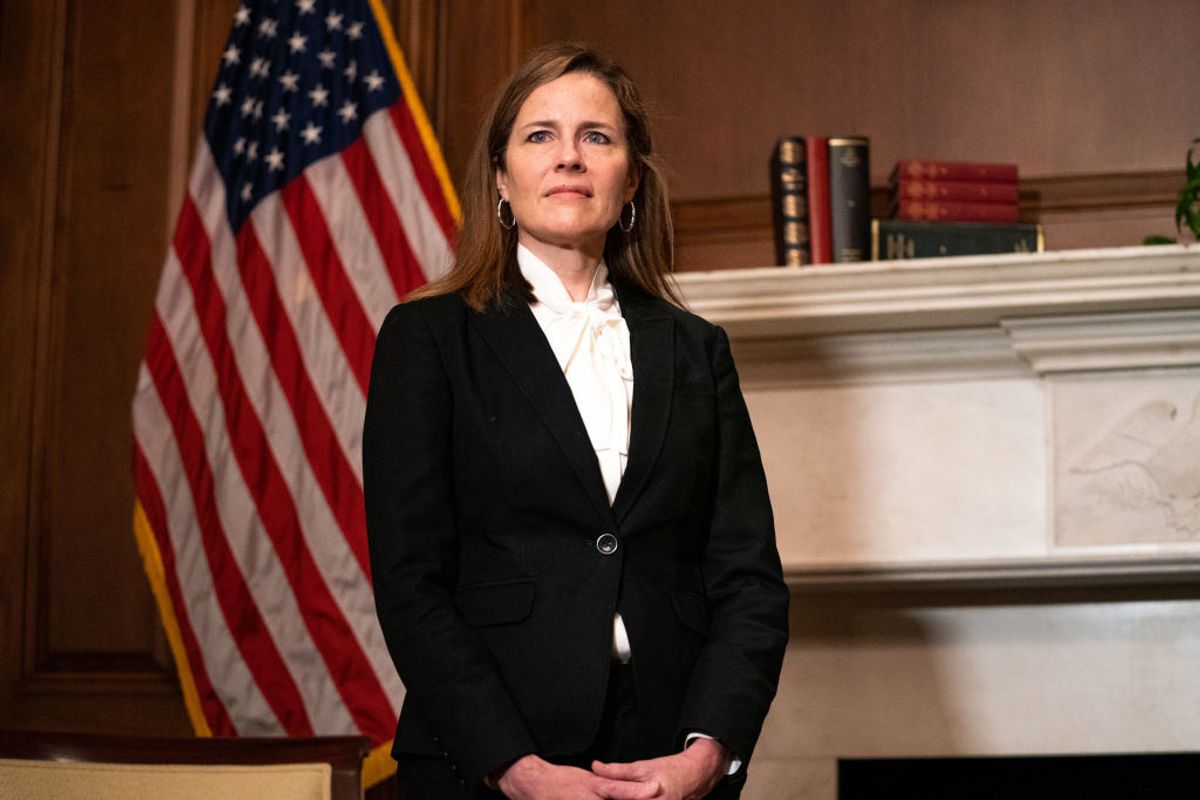 Supreme Court nominee Amy Coney Barrett released on Sunday the opening statement she will read when her confirmation hearing begins this week — and liberal outrage over what Barrett will say immediately ensued.

Barrett’s hearings before the Senate Judiciary Committee will begin in-person on Monday.

What will Barrett say?

In addition to giving the committee biographical information, Barrett will preview her judicial philosophy — and it already has liberals up in arms.

Barrett, a conservative-leaning justice, will tell the committee that “policy decisions and value judgments” should be made by government branches that are held accountable to the American people — which is not the Supreme Court.

Courts have a vital responsibility to enforce the rule of law, which is critical to a free society. But courts are not designed to solve every problem or right every wrong in our public life. The policy decisions and value judgments of government must be made by the political branches elected by and accountable to the People. The public should not expect courts to do so, and courts should not try.

That is the approach I have strived to follow as a judge on the Seventh Circuit. In every case, I have carefully considered the arguments presented by the parties, discussed the issues with my colleagues on the court, and done my utmost to reach the result required by the law, whatever my own preferences might be. I try to remain mindful that, while my court decides thousands of cases a year, each case is the most important one to the parties involved. After all, cases are not like statutes,which are often named for their authors. Cases are named for the parties who stand to gain or lose in the real world, often through their liberty or livelihood.

Those opposed to Barrett’s nomination immediately began gnashing their teeth.