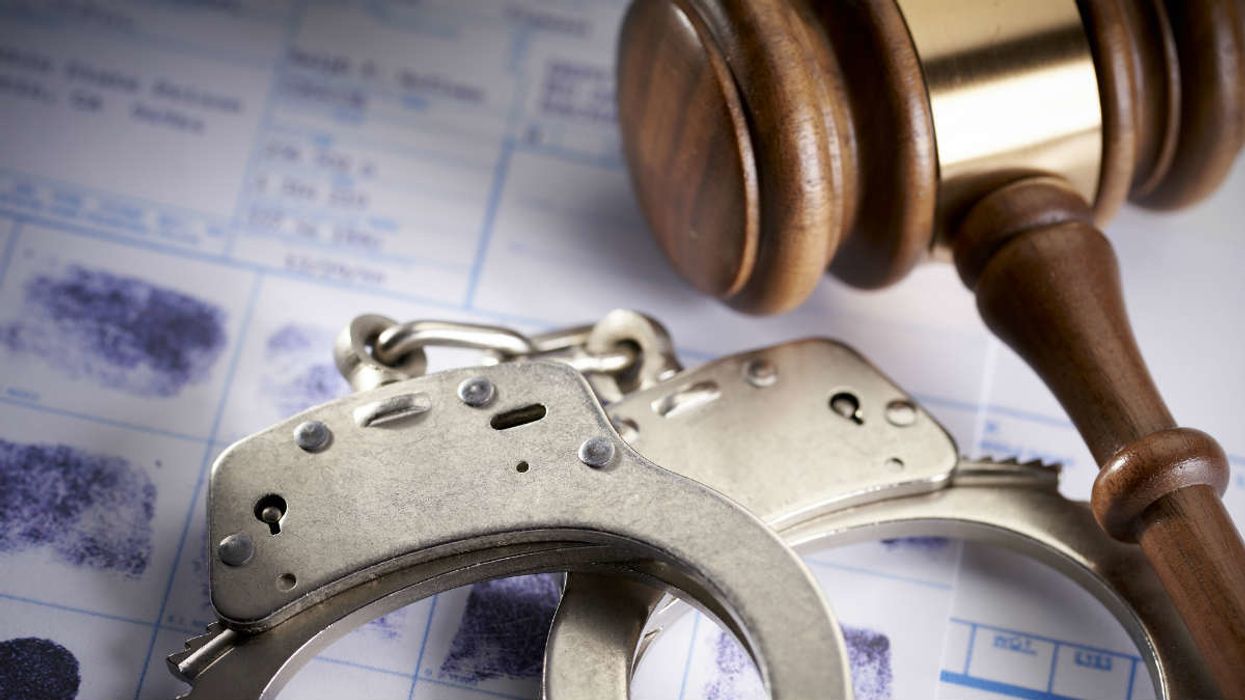 Still think we have an over-incarceration problem in this country, as the elites in both parties believe? Let me introduce you to Jose Reyes.

Over the weekend, Americans watched in shock and horror as images of a man throwing a 25-year-old woman on the ground on a Manhattan subway platform went viral over the internet. In a city that had been safe for a generation thanks to tough-on-crime policies, a criminal was undeterred from attempting to rape her in broad daylight on Saturday morning in one of the most public places in the city. On Sunday, police used the video to identify Jose Reyes, 31, as the suspect and issued an arrest because they recognized him from just a few months ago when he was caught and released after being charged with criminal mischief.

Even with national discussion centered around the lack of deterrent to such heinous crimes in the once safe subway system, it was still completely unexpected that this man would be offered just $75,000 bail and released after having been caught on camera attempting to commit such a violent crime. Even in New York, someone this bad would remain in jail pending the trial, right?

Well, bright and early Monday morning, Reyes was offered the option of release on just $75,000 cash bail at his arraignment. According to police, he had 14 prior arrests, including for robbery and assault on a police officer, and was caught with drugs on him. He confessed to knocking the victim down and forcing himself on top of her. But if he comes up with this relatively low sum, he could be free again. I guess we should count our blessings that this man wasn’t automatically released without having to post any bond, like so many other criminals.

Liberal cities are trying to bar police from using the facial recognition technology that was so instrumental in catching this suspect. It’s one of the many spheres of the criminal justice jailbreak agenda that is increasingly being adopted by both parties.

This is the America in which we now live. Even at the Republican convention, one speaker after another, many of whom sit at the highest positions of power within the administration, kept extolling the virtues of “criminal justice reform,” aka jailbreak of criminals – as if there are too many people incarcerated. Yet we’ve reached a point in this country where it is almost impossible to lock up violent criminals, no matter the seriousness of their crime, no matter the body of evidence, and regardless of their prior record.

If Reyes ultimately posts bond, how likely is it that the victim will be willing to press forward on this case? Aside from creating a lack of deterrent, easy-release policies pretrial make it harder to land a conviction because so many witnesses and victims are too scared to testify. As one New York state prosecutor told me last year, with these leniencies, “You’re gonna have more cases not getting resolved … more plea bargaining, if you will, and more people out of custody to continue to commit crime.” Someone with the history of Reyes, especially given the sensitivity of this case, should be held on much higher bond.

In addition, New York’s new bail law forces the prosecution to immediately turn over the addresses of witnesses and victims to the defense. Earlier this year, one MS-13 murder suspect who was released from jail was accused of murdering a witness in the trial.

These stories are not the rare exceptions; they are the rule. On Sunday, NYPD announced that Kariym Jackson, 39, a career criminal who is homeless, was charged for kicking a man down a flight of steps right at Penn Station. The victim died of his injuries. How could this man think he could get away with this crime at such a public place? Because he was already on parole despite his criminal record. The trend of parole over prison and pretrial release over jail time is turning this country into a violent third-world country.

These daytime attacks in New York City have become rampant.

Another outrageous day-time attack on a 66-year old in Manhattan.

People who survived the great crime wave of the 1970s are now moving out. Moving trucks are becoming a common sight in Manhattan’s once-safe upper west side.

What is going on in New York is a microcosm of the rioting and rampant crime across the country, where, so long as you are committing a politically correct crime in the eyes of our system, there is simply no deterrent against the act. While the rioting has certainly roped in thousands of people, the ones who commit the most heinous acts are almost always repeat violent offenders. Andy Ngo, who has covered Antifa violence as an on-the-ground journalist for years, reports that the man being investigated in the shocking murder of Trump supporter Aaron “Jay” Danielson caught on camera in Portland, Oregon, Saturday night was arrested for illegally carrying a loaded gun at a riot in July. He was released and charges were never pursued.

In other words, if you are defending yourself against the mob, you will be prosecuted, or if you are caught carrying in a state that unconstitutionally bans the right to carry, you will be charged so long as you are of a certain identity. But if you are a career criminal or part of BLM, there is a universal right to carry.

Where are the Republican demands for locking up repeat offenders? Where are the criminal justice reform bills for victims of crime? Where is the effort to defund pro-criminal cities? When is it our turn to fight back? 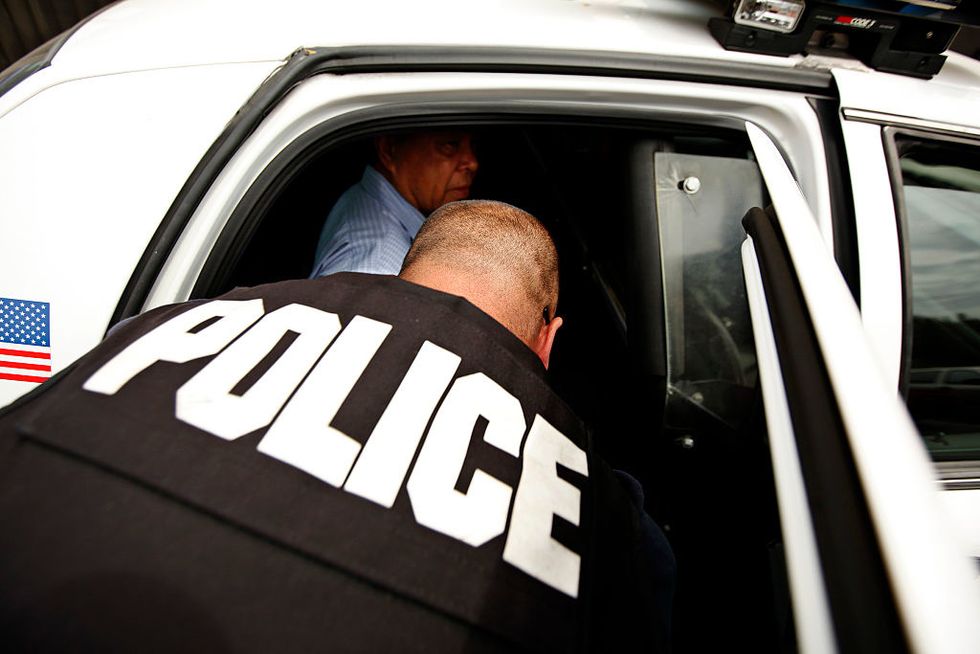 California law enforcement arrested a man three times in one day for different offenses, but each time they were forced to release him from custody due to the state’s new zero-bail policy.

In a post on its Facebook page, the Glendora Police Department reported that Dijon Landrum, 24, was apprehended by officers three separate times in roughly 12 hours last Wednesday — twice for driving a stolen vehicle and once for being in possession of stolen property. Each time he was issued a citation and released.

The first offense was committed at around 8:30 a.m. local time, when police responded to a call about a man attempting to break into a vehicle. When they arrived, Landrum was allegedly attempting a getaway but was stopped by police. In addition to reportedly driving a stolen vehicle, officers said they found stolen property and narcotics in Landrum’s possession.

Just one hour later, police arrested Landrum for allegedly stealing property out of people’s front yards. Then later that night, at around 8:50 p.m., Landrum reportedly stole another vehicle. Police chased him from La Puente to Pasadena, where they finally tracked him down and arrested him for a third time.

The newly implemented zero-bail policy in California sets the cash bail at $0 for most misdemeanor and lower-level felonies, which effectively mandates release. The controversial move is part of an effort to reduce inmate population and limit the spread of the coronavirus amid the outbreak.

Landrum’s recent alleged crime spree is not the only example of offenders who have abused the new policy.

The Los Angeles Times reported last week that in the first 30 days of the policy, the Los Angeles Police Department alone has arrested 213 individuals multiple times — and 23 of those individuals were arrested three or more times.

LAPD Chief Michel Moore confirmed to the outlet that while crime is down overall during the coronavirus pandemic, career criminals are exploiting the situation by getting arrested again and again with no consequence. He is calling for a re-examination of the zero-bail policy as it pertains to multiple arrests.

“I think repeat offenders need to be off the streets,” Moore said. 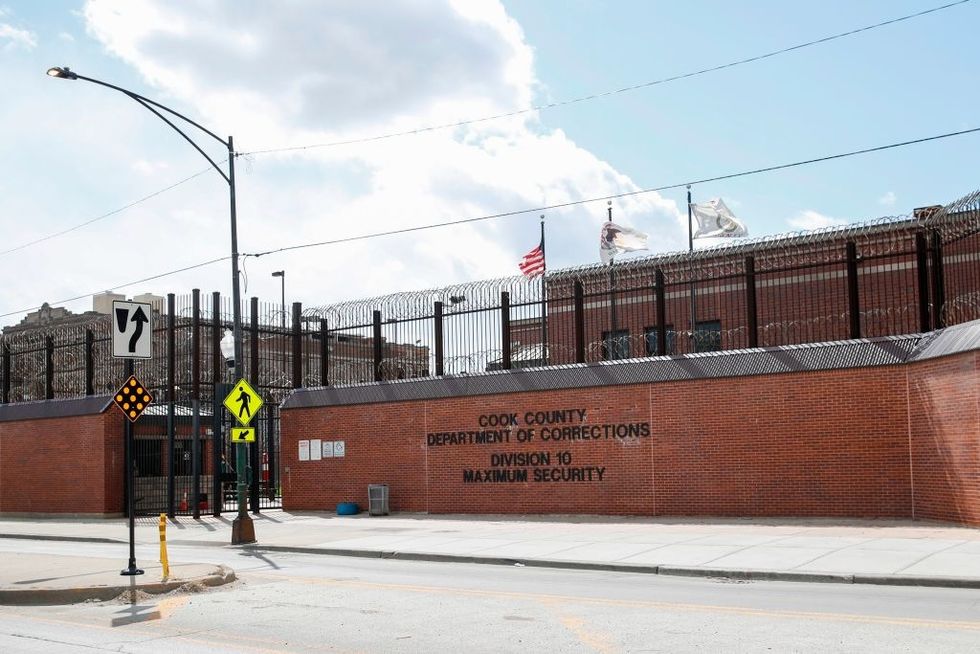 A world-renowned microbiologist imprisoned on murder charges asked to be freed from jail so that his research skills could be used in the fight against the COVID-19 pandemic, but his request was quickly denied.

Wyndham Lathem — the former Northwestern University microbiology professor who was the subject of a weeklong manhunt after his boyfriend was found brutally stabbed to death in his apartment in 2017 — asked a judge to free him on $1 million bail last week, the Chicago Sun-Times reported.

Lathem, who earned fame due to his research on the bubonic plague, has been held without bail in Chicago’s Cook County Jail since his arrest over two years ago.

Then last week, Lathem submitted a request to be freed citing health concerns amid the jail’s battle against the spread of the virus and, of course, his background in studying infectious diseases.

According to the New Scientist, Lathem’s attorney included some 30 letters of praise from colleagues and friends in the request, including one from Dr. William Goldman, Lathem’s postdoctoral adviser at Washington University in St. Louis who is now the chair of the Department of Microbiology and Immunology at the University of North Carolina.

“With his background and experience, Dr. Lathem is well-suited to advise and participate in studies that are aimed at understanding SARS-CoV-2, the coronavirus responsible for the COVID-19 pandemic,” wrote Dr. Goldman. “It would make sense to take advantage of as many experts as possible during this worldwide crisis that is rapidly expanding in scope.”

However, Lathem’s request was denied by Judge Charles Burns in an emergency hearing Friday, according to court records obtained by the Sun-Times.

The outlet also noted that in the years before his arrest, Lathem was granted “select agent” status by the U.S. Centers for Disease Control and Prevention, a status which gave him lab access to some of the world’s deadliest pathogens for research.

Lathem and British national Andrew Warren, who worked as an administrator at Oxford University, were charged in 2017 with the murder of Lathem’s 26-year-old boyfriend Trenton Cornell-Duranleau. Prosecutors alleged that the two men plotted the murder in the months prior in an internet chat room where they discussed their “sexual fantasies of killing others and then themselves.”