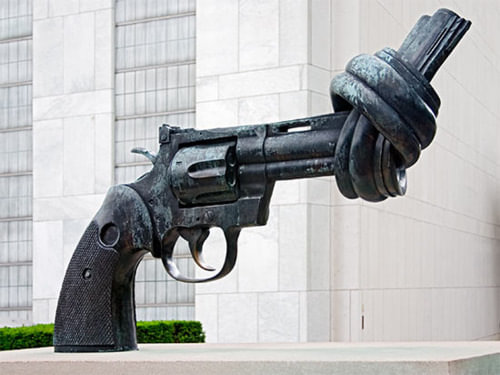 President Donald Trump’s justice department is asking for more money “to help confiscate guns from people who shouldn’t legally be able to own them.”  Because gun sales are surging due to the tyrannical rights-trampling of all governments, the Justice Department wants to be better protected from the public, so they can finish locking on the shackles.

The ruling class must know that gun sales have skyrocketed because people are sick of being slaves and ready to defend themselves. According to Politico, these requests to enforce more gun control are recent, and due to the increase in sales.

In recent outreach to Capitol Hill, DOJ made two requests related to the spike in gun purchases, according to two sources with knowledge of those asks. First, the department asked for funding to help the FBI hire more staff to keep up with the growing number of background checks and appeal requests going through the National Instant Criminal Background Check System. The bureau runs that system, which handles background checks on millions of gun buyers every year.

The department also asked for more resources and personnel for the Bureau of Alcohol, Tobacco, Firearms and Explosives to deal with firearm retrievals and other field work related to delayed denials, according to the two sources. The term “delayed denials” refers to situations in which people buy weapons and take them home before the NICS system can flag those buyers as ineligible to own guns.-Politico

The criminals that think they own us and can tell us we aren’t allowed to defend ourselves against them as they take every last human right we have are ramping up their control.  They don’t want any of us to have the ability to fight them.

Self-Defense Is A Basic Human Right: A Website That ENDS The Gun Control Debate For Good

This might be difficult for Trump’s supporters to hear, but you need this information. He’s not showing himself to be on the side of humanity right now.  He himself said he’s in control of “Operation Warp Speed,” which is speeding up the vaccine timeline.  Based on how awful his track record has been, I doubt we’ll ever see the swamp drained or anyone indicted.  He’s had almost four years, and people are being crushed by totalitarianism. If he was going to help us, he would have by now.  The truth is, we are on our own.

The numbers are startling. No wonder the government (which includes the Trump administration’s Justice Department) is beginning to panic:

It’s nice that they are this panicked.  This means they know people are figuring out that they don’t have to live like slaves. If Trump is still the savior many claim him to be, perhaps he should move up his timeline since the tyrants have moved up theirs. Personally, I’m not holding my breath.

Trump’s history on the basic human right to self-defense has not been all that stellar either: