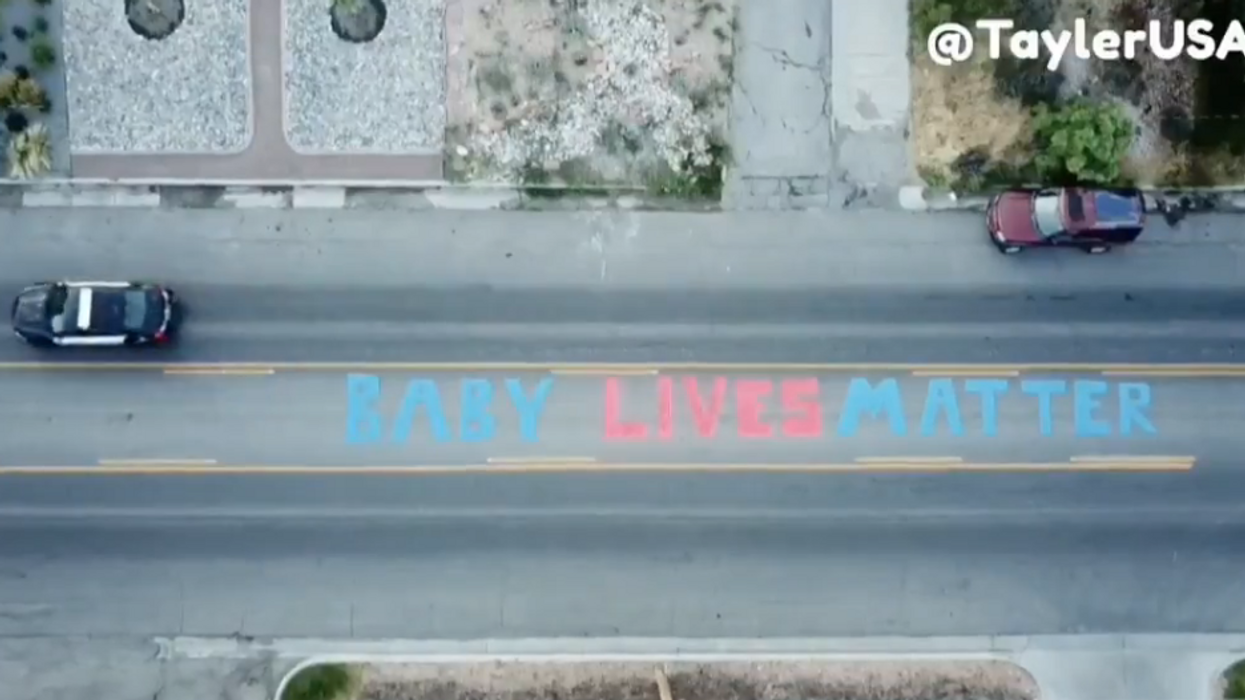 A pro-life demonstrator painted a “Baby Lives Matter” mural outside of a Planned Parenthood clinic in Salt Lake City, Utah, in order to protest against the hundreds of thousands of babies killed each year in abortion procedures by the organization.

The mural was modeled after similar “Black Lives Matter” murals that have been painted on streets in major cities across the nation in recent weeks — including one in front of Trump Tower in New York City and one near the White House in Washington, D.C.

Taylor Hansen, who painted the mural shortly after midnight Friday, said he did it to raise awareness about “one of the most egregious human rights violations that has not been properly addressed.” That is, abortion.

“In 2019, abortion was the leading cause of death worldwide,” Hansen said in a video posted to Twitter. “Almost 43 million children were denied the most basic right of all — life.”

Hansen told KUTV-TV that he deliberately used paint that would easily wash off so as to avoid getting into trouble. The paint would at most last for 10 days, he said. But by later on Saturday morning, it was already gone.

In an interview with the local news station, Hansen said: “With recent events unfolding, everybody knows about the Black Lives Matter murals unfolding around the nation. I thought I would bring awareness to one of the biggest human rights crises that nobody wants to talk about.”

According to the organization’s latest annual report, Planned Parenthood performed 345,672 abortions between Oct. 1, 2017, and Sept. 30, 2018. That total marks the highest number of abortions ever reported by the organization in a single year, the Heritage Foundation reported.

Using Guttmacher’s numbers, it is estimated that, as of 2019, the total number of abortions performed in the U.S. since the passage of Roe v. Wade in 1973 is more than 61 million.