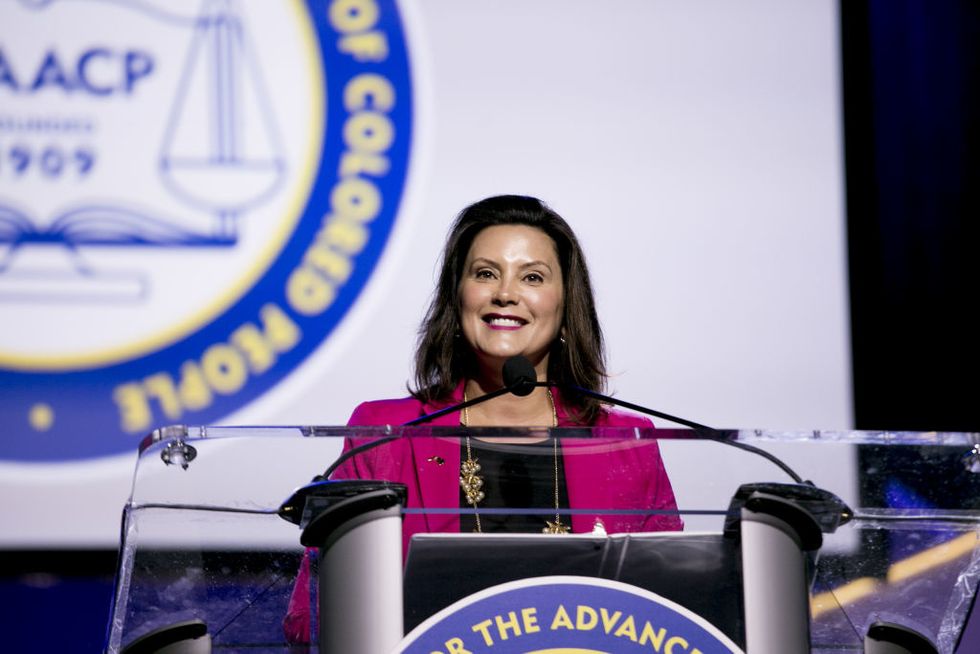 A frustrated pilot expressed his frustrations with Michigan Gov. Gretchen Whitmer’s stay-at-home extension by writing a brazen message of indignation in the sky.

On Thursday night, Whitmer extended her emergency lockdown order through May 28, 2020. Ed Frederick, a small business owner from Michigan, wanted to voice his disapproval of the stay-at-home order extension. Instead of firing off an angry email to the Democratic governor, Frederick broadcast his indignation for Lansing and the rest of the world to see.

Frederick got in his Piper propeller plane on Friday morning, and spent an hour crafting a poignant and straightforward message to Whitmer. While flying over the city of Grand Rapids, Frederick spelled out “F U” in the sky with his flight path.

He capped off his disgruntled communication in the sky with an arrow that pointed to the Michigan Governor’s Mansion, where Whitmer currently resides.

“The government, no matter Democrats or Republicans, always seem like they’re trying to do something just to prove they’re doing something, without weighing the ramifications,” Frederick told the New York Post on Friday. “It’s a power trip.”

“That’s been an issue for a lot of people in the rural counties,” Frederick explained. “There are 82 counties, but really only four need to be locked down.”

The spirited sky signal came a day after there was a lockdown protest at the state Capitol in Lansing, where some dissenters were armed. Frederick supports his fellow Michiganians protesting against the lockdown extension, but he doesn’t think that demonstrators need to arm themselves because it’s “not painting them in a good light.”

“We have an open carry, but just because it’s legal, doesn’t mean you should do it — it’s sort of like [the virus],” Frederick said. 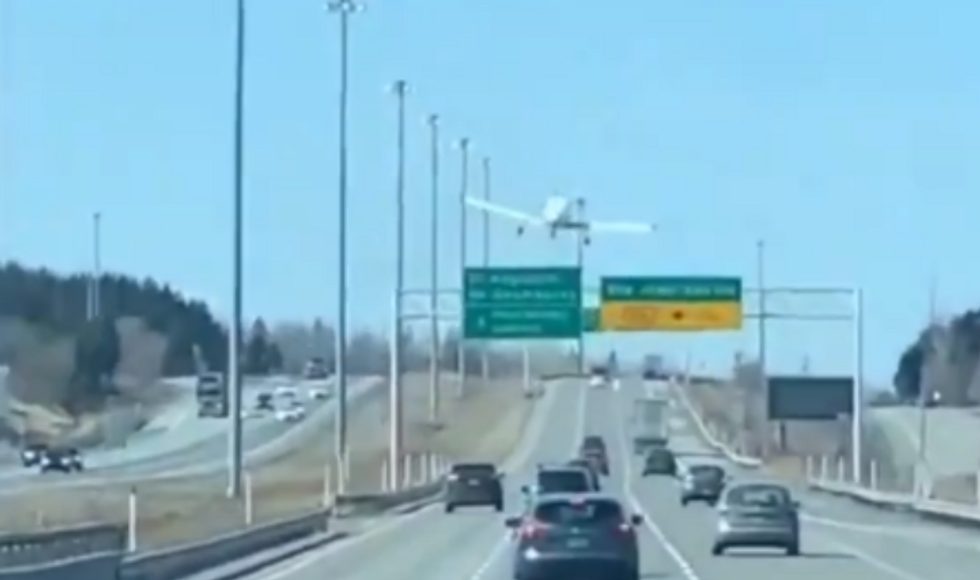 A viral video shows a plane making a miraculous emergency landing on a busy highway near Quebec City, Canada.

The steel-nerved pilot of a Piper PA-28 Cherokee aircraft was forced to make an emergency landing, and the only available landing strip was a highway. The plane touched down on Highway 40 near Saint-Augustin-de-Desmaures around 10:30 a.m. Thursday, according to the CBC.

Numerous cars driving on the highway, overpasses, and several exits signs added an extra degree of difficulty to the emergency landing. Drivers collectively slowed down to provide enough room for the plane to stick the landing on the Canadian highway.

Twitter user @Lauthfee posted the nail-biting video on Twitter, where it has over 1.2 million views, over 8,000 retweets, and more than 22,000 Likes.

One driver had a front-row seat to the marvelous landing and was directly behind the small airplane as it touched down. The tailgating video was uploaded on YouTube by an account under the name of “Sly Tortuously.”


View from the Yaris tailgating the plane

Jean-Paul Daoust witnessed the incredible landing from the parking lot of a nearby garden center.

“I was pretty surprised,” said Daoust. “First time I’ve ever seen a plane on a highway, except in the movies.”

Quebec provincial police said that a mechanical problem forced the pilot to make the emergency landing only a few miles south of the Jean Lesage International Airport.

“We received calls mentioning that an airplane was landing on westbound Highway 40. Fortunately, the aircraft landed without a collision, and then no one was injured,” said Sgt. Helene Nepton of the provincial police. “In fact, traffic was able to resume quickly in the area.”

Traffic was stopped for less than an hour as emergency crews escorted the plane off the highway.