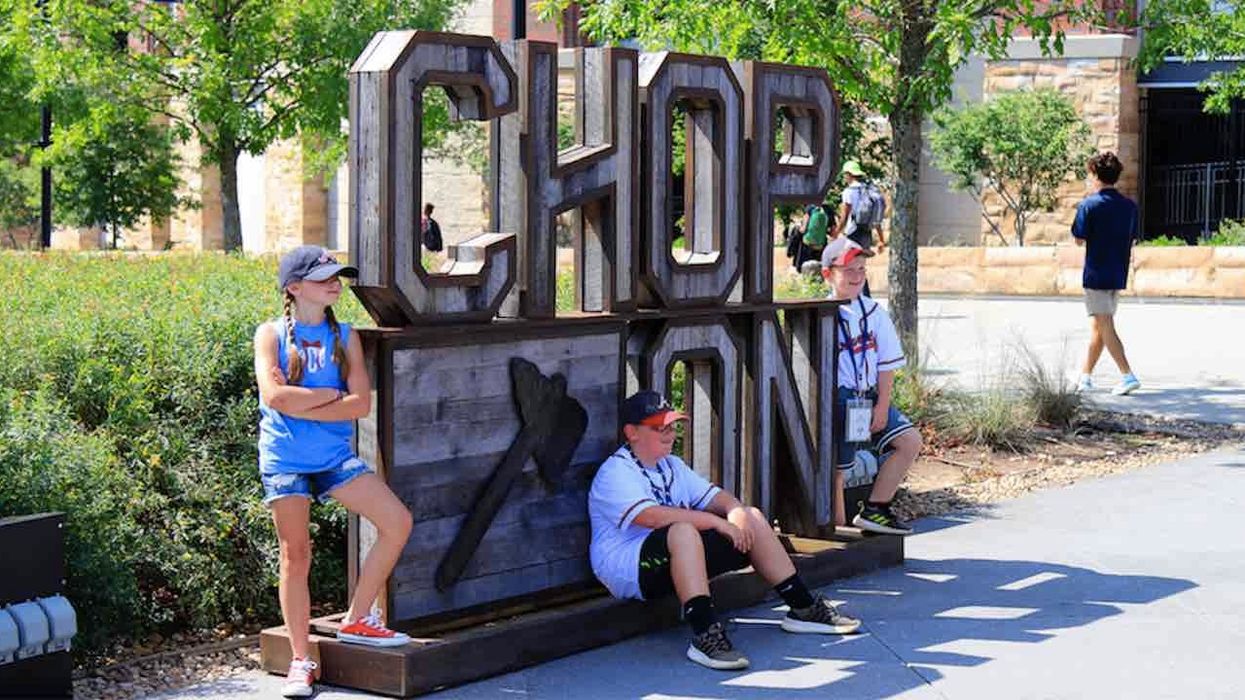 Amid renewed pressure on professional sports franchises to change nicknames potentially offensive to Native Americans — the most prominent example being the
demise of the Redskins moniker formerly used by Washington, D.C.’s NFL team — the Atlanta Braves of Major League Baseball said they have no plains to follow suit, ESPN reported.

But that sentiment apparently wasn’t true for the team’s “Chop On” sculpture.

Quasi update on “The Chop”: This wood sculpture outside the Braves’ stadium near the third base entrance has been r… https://t.co/9ufv3velwD

Jeff Schultz of the Athletic tweeted that the wood sculpture outside the Braves’ stadium “has been removed. I asked the Braves about it, but they have chosen not to respond to requests for comment.”

The team’s fans have long employed the “Tomahawk Chop,” a forearm-forward motion, accompanied by a wordless stereotypical Native American chant, during games: 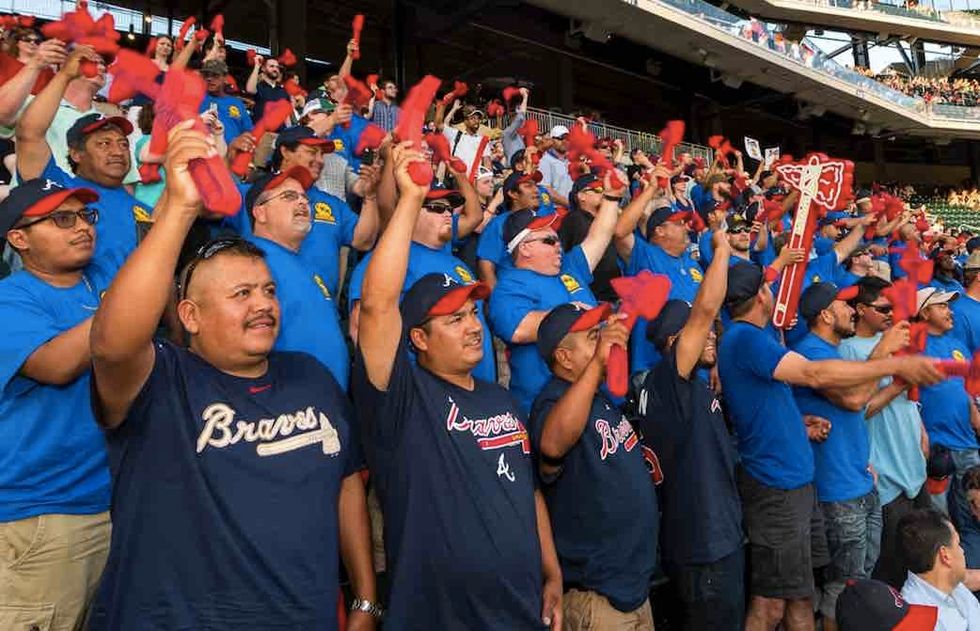 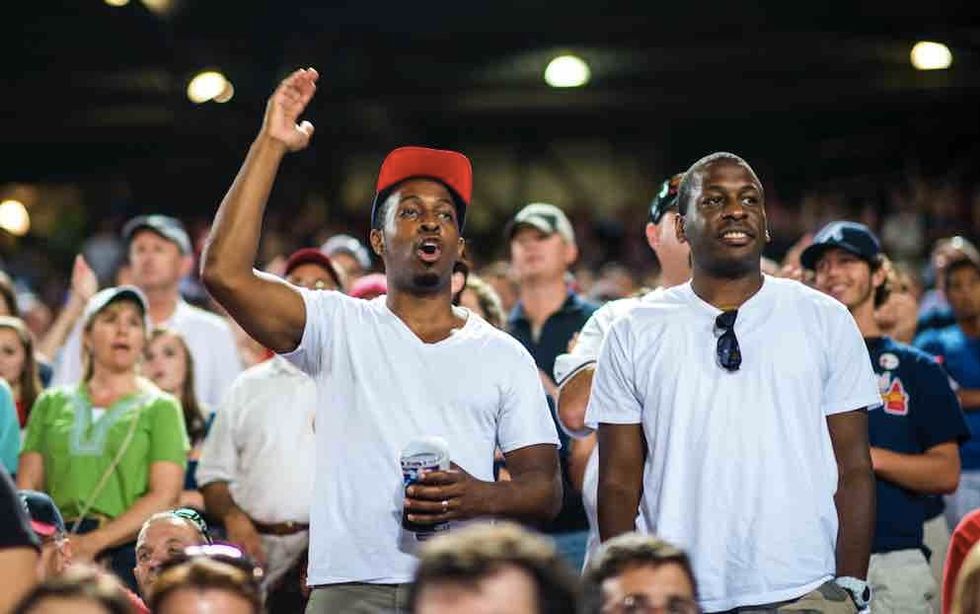 The Braves also use “Chop” and tomahawk imagery: 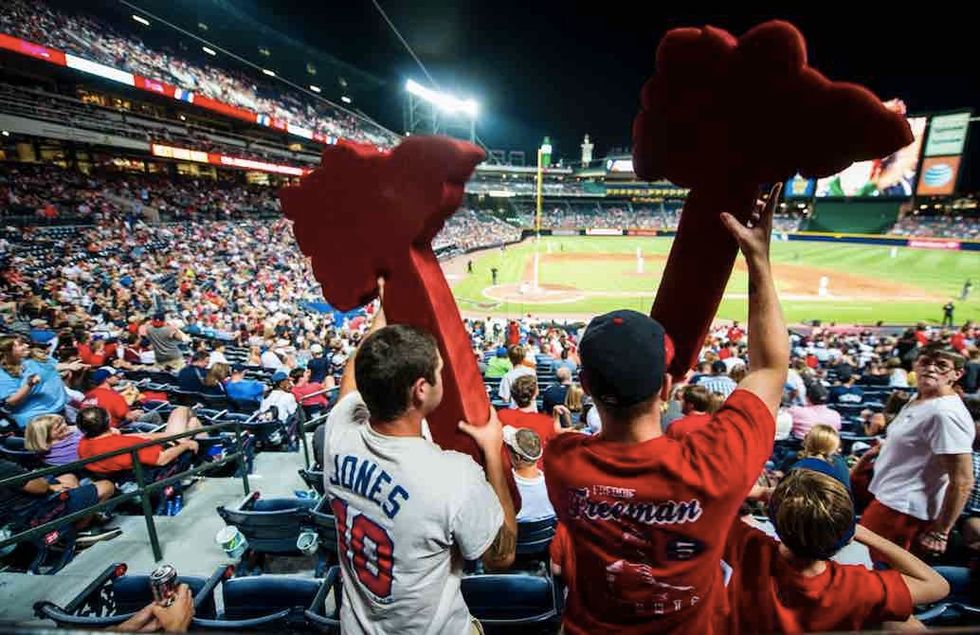 What about the Braves’ nickname?

The Braves said in an email to season ticket-holders Sunday that while the team will be considering the future of the Tomahawk Chop, its nickname won’t be changed, ESPN said.

The team said in its letter to fans that it has commenced a relationship with Native American leaders and that “through our conversations, changing the name of the Braves is not under consideration or deemed necessary. We have great respect and reverence for our name and the Native American communities that have held meaningful relationships with us do as well. We will always be the Atlanta Braves.”

But ‘the Chop’ could get cut down

The Braves added in the letter that they’re working through issues surrounding “the chop,” which was “popularized by our fans when Deion Sanders joined our team, and it continues to inspire our players on the field. With that in mind, we are continuing to listen to the Native American community, as well as our fans, players, and alumni to ensure we are making an informed decision on this part of our fan experience.”

As for other teams in the Braves’ shoes, ESPN reported that the NHL’s Chicago Blackhawks said they also will continue using their moniker since it honors a Native American leader who has been an inspiration to generations.

“The Chicago Blackhawks name and logo symbolizes an important and historic person, Black Hawk of Illinois’ Sac & Fox Nation, whose leadership and life has inspired generations of Native Americans, veterans and the public,” the NHL team said in a statement Tuesday, the outlet noted.

Other teams that use the “Tomahawk Chop” motion include the NCAA’s Florida State Seminoles and the NFL’s Kansas City Chiefs, ESPN said.

MLB’s Cleveland Indians also are
considering changing their name and logo over racist depictions of Native Americans, the outlet added.