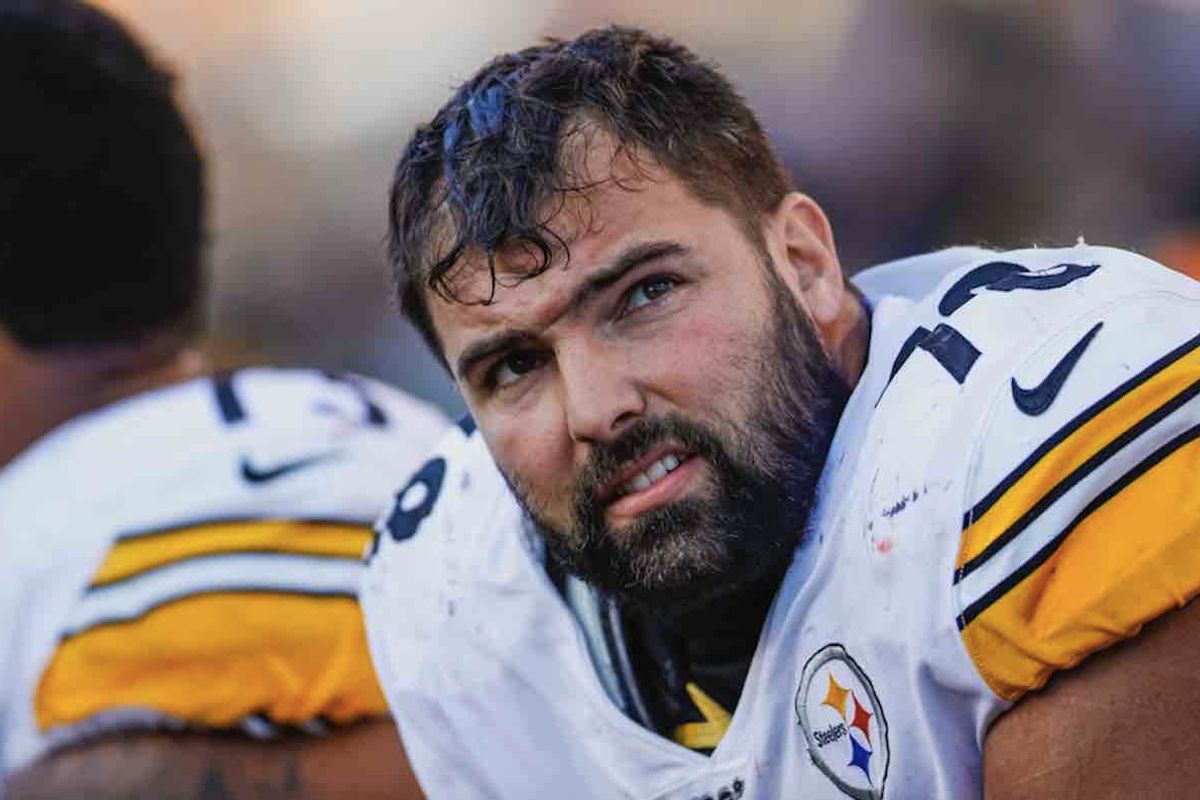 You might recall almost exactly three years ago when Villanueva — a former Army Ranger who served three tours in Afghanistan — stood alone on the field for the national anthem while the rest of the team stayed in the locker room.

The only player to come out of the locker room for the national anthem, Alejandro Villanueva has #1 selling jersey:… https://t.co/JerMlxUYZ8

It was the fall of 2017, and President Donald Trump — barely a year into his first term — was angry at players taking a knee in protest of police brutality against minorities, a movement that began the previous season with then-San Francisco 49ers quarterback Colin Kaepernick.

Prior to Villanueva standing on the field for the national anthem, Steelers head coach Mike Tomlin said his entire team would stay in the locker room to help them avoid politics. The next day Villanueva said he regretted his gesture because it made the rest of his team look bad.

It’s now the fall of 2020, and football players taking a knee for the national anthem seems decidedly mild compared to the strident social justice stances professional athletes, teams, and leagues are taking in the wake of recent minority deaths at the hands of police and the wave of protests that have gripped the country.

In that vein, the NFL has allowed players to wear helmet decals honoring victims of “systemic racism,” CBS Sports reported, adding that the Steelers decided as a team to honor for an entire season police shooting victim Antwon Rose Jr. — a black teenager shot in the back by a white police officer in Pittsburgh in 2018 after he ran from a pulled-over vehicle. The network said the now-former officer was charged with murder, but a jury found him not guilty in March 2019.

I cried as I read this… I never got to meet Antwon Rose, Jr. but through my friendship his Aunt, who is like a si… https://t.co/kdyJyp0zMd

But Villanueva had something different in mind.

For the Steelers’ game against the New York Giants on Monday, he covered Rose’s name on the back of his helmet in favor of the name Alwyn Cashe, an Army sergeant who died after trying to rescue soldiers from a burning vehicle in Iraq in 2005, CBS Sports said.

On his helmet Pittsburgh #Steelers tackle Alejandro Villanueva covered up the name of Antwon Rose Jr., a Black teen… https://t.co/PHdGAANnNm

Tomlin said Tuesday he gave Villanueva permission to break ranks with his teammates and that it was “in line with everything we’ve said about participating in social justice this offseason,” TribLive reported.

“As an organization, and myself as the head coach of the organization, we’re going to support our players however they chose to participate and express themselves, or to not participate or not express themselves, as long as they do so thoughtfully and with class,” Tomlin also said, according to CBS Sports, adding that Villanueva’s choice didn’t warrant an explanation.

It appears, however, that Rose’s mother wants an explanation — because she isn’t happy with what Villanueva did.

“The Pittsburgh Steelers took a team vote,” Michelle Kenney wrote on Facebook, according to TribLive. “Obviously, one person didn’t like the results, so they chose to do something different.”

Kenney had praised the team for choosing to place her son’s name on their helmets, saying it “means more to me than anything,” but that feeling appears to be gone.

“I have nothing against vets and absolutely appreciate everything that they have done and continue to do for us,” Kenney also wrote, TribLive said. “But this one person showed us exactly who he is, and obviously he didn’t approve of how the vote turned out.”

Rose’s mother also wrote that she will use what she deemed as “negative press” as motivation to “hold the Pittsburgh Steelers even more accountable,” the outlet reported.

“Yes, I believe in second chances, but as we all know I believe in putting in the work and that’s how I base my collaborations,” Kenney wrote, according to TribLive. “They came to me as a team/organization and I don’t care how good of an individual you are, if you are not a TEAM player, then maybe you are playing for the wrong team.”