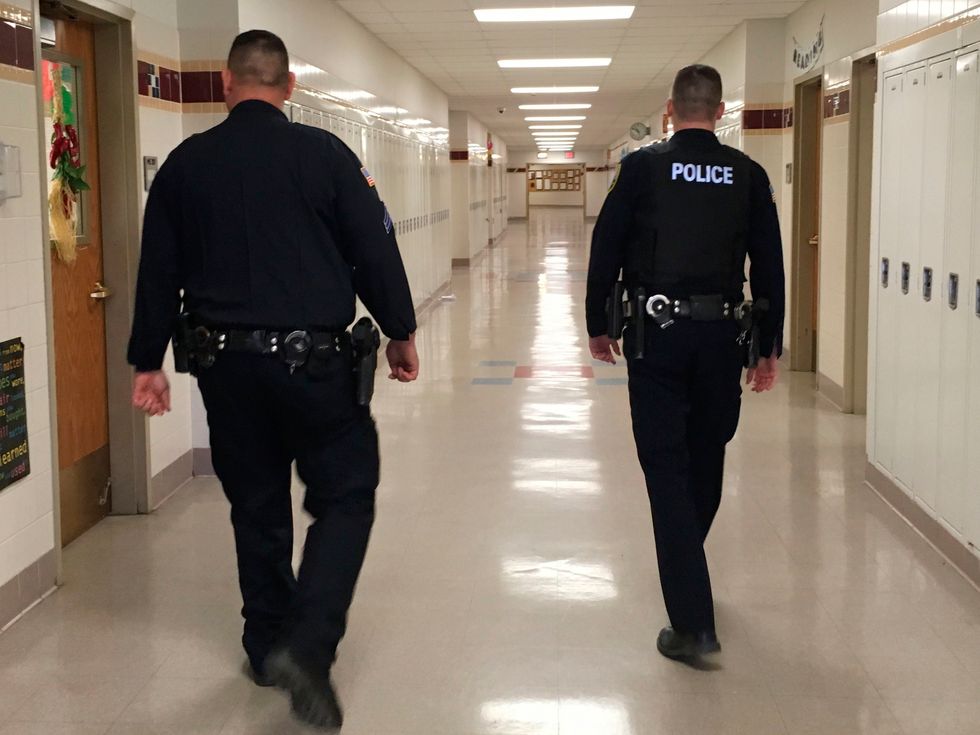 Prince George’s County Public Schools is ready to remove police from area schools amid heightened tensions spurred on by the police-involved death of George Floyd in Minneapolis.

On Monday, WTTG-TV reported that a proposal to remove officers from district schools passed its first step.

The proposal was set forth by several school board members at a Black Lives Matter protest outside of the District Court in Hyattsville, Maryland.

In a statement, school board member David Murray said, “What we’re saying is that there’s not a place for police officers, armed police officers in Prince George’s County Public Schools and not only that … we think that that money can be better served supporting our students with more social workers, more mental health professionals, more academic interventionists to get elementary school students reading on grade level.”

Murray pointed out that the school would simply have to solve issues — such as active shooters and the general need for an armed school resource officer on campus — on a case-by-case basis.

“I think there’s a couple ways we can go about solving issues like that, and I think what we’re trying to do is address these issues on the front end,” he added.

School board member Holly Leon-Lierman added that funds saved by not having to pay police officers to patrol the schools could better be used for the children themselves.

“If at all possible, we need to divert those resources to counselors and to recreational activities that will engage children in fun and sports and socializing and learning,” she said.

WTTG reported that it’s “unclear” if the school board can remove all police officers from district schools under current Maryland law.

In 2018, a law was passed stating a school resource officer must be present in every public school across the state, or there must be adequate law enforcement coverage.

Another vote on the controversial issue could come as early as next Thursday.