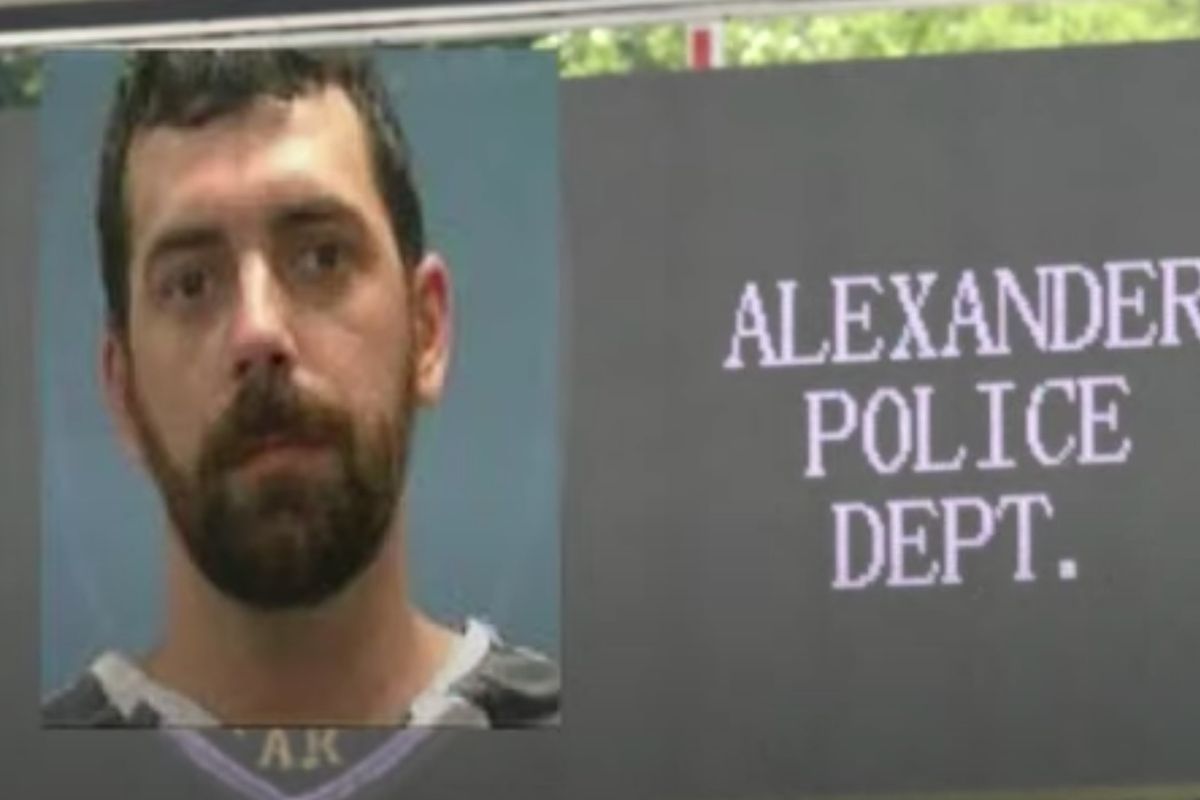 An Arkansas police officer reportedly killed a fellow officer when he shot through his front door.

The fatal shooting of Officer Scott Hutton, 36, took place on June 3, when Hutton visited fellow officer Salyers at his home.

Authorities arrived at Salyers’ home after a phone call reporting that Hutton — who suffered a gunshot wound — was lying on the ground outside of the home.

First responders transported Hutton to a Little Rock hospital, where he was pronounced dead.

Court records show that Salyers previously told a colleague that he would “shoot through the door” at any protesters who came to his home to demonstrate. An arrest affidavit said that Salyers, a police officer since 2017, made the remarks amid the unrest during the nationwide protests over the death of George Floyd, who was killed in Minneapolis.

A portion of the arrest affidavit read, “[An Alexander Police Department officer] told me that he instructed Officer Salyers that he could not do that because it was reckless and negligent. [The officer] stated that they could not shoot anyone without identifying them first and identifying that there was a threat.”

A day later, authorities said that the shooting was accidental.

Authorities charged Salyers with manslaughter in the shooting death of Hutton after he turned himself in on Thursday. Salyers was booked him into the Saline County Jail with bail set at $15,000.


Arkansas officer charged with manslaughter after shooting other officer through door

What else do we know about this?

The affidavit describes the moments that led to Salyers fatally shooting Hutton.

Before arriving at Salyers’ door, Hutton reportedly texted Salyers to ask “[A]re you awake?” Hutton, who was on his way to Salyers’ home, then reportedly proceeded to walk up on Salyers’ porch and knock on his door.

Salyers, who was inside at the time watching a movie with his girlfriend, grabbed his handgun and approached the door to see who was knocking.

The affidavit says that Salyers looked through the front door’s peephole, where he saw a figure on his porch armed with “a gun on his hip.”

Salyers said he transferred his gun from his right hand to his left hand in order to open the door, but said that the gun accidentally discharged and fired a round through the door.

A single shot hit Hutton in the chest.

Salyers opened the door and discovered Hutton lying on the ground, and immediately called first responders.

“The dispatcher asked Salyers who had been shot, and he advised her it was Officer Scott Hutton,” a portion of the affidavit read. “On the 911 call, Salyers is heard to say, ‘All I seen was a gun. It was an accidental discharge.”

However, Special Agent Ryan Jacks with the Arkansas State Police Criminal Investigation Division said that it was determined that the gun was pressed against the door when Salyers fired it.

“The most significant findings related to the bullet hole was there was evidence of close contact,” Jacks wrote in the affidavit. “Powder burns and a c-shape ring of residue were left around the hole.”

A GoFundMe page set up to benefit Hutton’s family has received more than $14,000 in donations at the time of this writing.