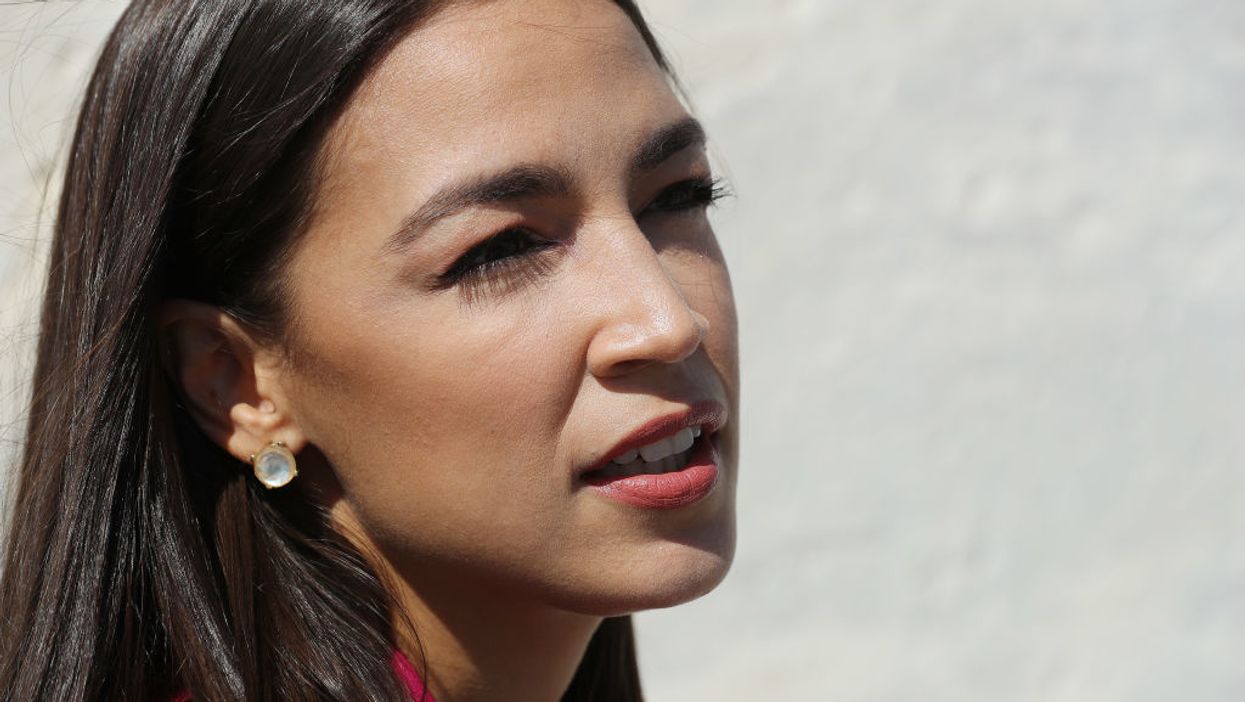 Progressive Rep. Alexandria Ocasio-Cortez (D-N.Y.) mocked a caravan of Trump supporters on Sunday, referring to the crowd as a “pileup of chumps.”

The progressive New York lawmaker made the derogatory remarks in response to a tweet showing a caravan of vehicles hoisting pro-Trump banners and blocking traffic on Whitestone Bridge along Interstate 678, which connects the Bronx and Queens.

“I hope AOC isn’t using the Whitestone Bridge today there is a lot of traffic!” the original tweet read.

“I took the Throggs Neck. Heard there was a pileup of chumps on the Whitestone,” Ocasio-Cortez, who represents portions of the Bronx and Queens, shot back.

I took the Throggs Neck. Heard there was a pileup of chumps on the Whitestone https://t.co/Vbaug6OLjy

The Twitter user didn’t pull the slogan “Chump for Trump” out of nowhere. Rather, it is more than likely in reference to comments made by Democratic presidential nominee Joe Biden during a campaign speech in Pennsylvania last month.

During the speech, a large group supporters of President Trump gathered outside the event area and began honking their car horns while some shouted “Four More Years!” through megaphones.

Biden became noticeably irritated at the Trump supporters and referred to them as “chumps” twice during his remarks.

“By the way, we don’t do things like those chumps out there with the microphone are doing, the Trump guys,” Biden said at one point. “Look, we’ve got to come together.

“I’ll work as hard for those who don’t support me as those who do, including those chumps at the microphone out there,” the former vice president said later in the speech.

Though not quite as inflammatory, the condescending remarks are reminiscent of 2016 Democratic nominee Hillary Clinton calling Trump supporters a “basket of deplorables.” The insult became a rallying cry for many in Trump’s base, who proudly wore the label as a badge of honor.