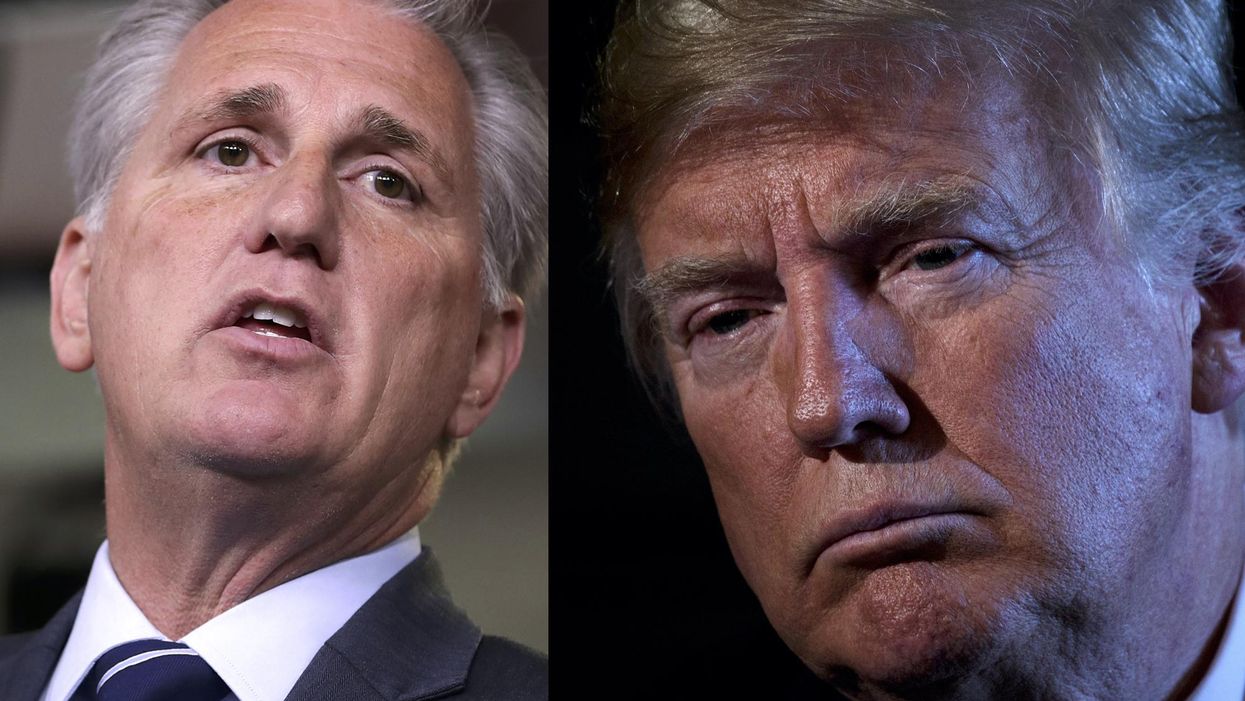 House Minority Leader Rep. Kevin McCarthy (R-Calif.) said in a speech on the House floor that Antifa was not to blame for the rioting at the U.S. Capitol, that he accepted President-elect Joe Biden’s victory, but that he would vote against impeachment.

McCarthy was speaking Wednesday during the House debate on whether to impeach President Donald Trump for one article of impeachment for inciting an insurrection at the U.S. Capitol by his supporters.

“Let me be clear. Last week’s violent attack on the Capitol was undemocratic, unAmerican, and criminal,” said McCarthy.

“Violence is never a legitimate form of protest. Freedom of speech and assembly under Constitution is rooted in non-violence. Yet the violent mob that descended upon this body was neither peaceful nor Democratic. It acted to disrupt Congress’s Constitutional responsibility,” he continued.

He then denied claims by some in the media and on social media that the rioting and violence was mostly caused by Antifa actors pretending to be Trump supporters.

“Some say the riots were caused by Antifa,” said McCarthy.

“There was absolutely no evidence of that. And conservatives should be the first to say so. Conservatives also know that the only thing that stops mob violence is to meet it with force rooted in justice and backed by moral courage. And last week we saw mob violence met by courage, sacrifice and heroism from the brave men and women who protect this institution every day,” he continued.

He then gave his reasons for not supporting the impeachment.

“I believe impeaching the president in such a short time frame would be a mistake,” said McCarthy.

“No investigations have been completed, no hearings have been held. What’s more, the Senate has confirmed that no trial will begin until after President-elect Biden is sworn in,” he explained.

McCarthy went on to squarely put the blame of the rioting on the shoulders of the president.

“That doesn’t mean the president is free from fault. The president bears responsibility for Wednesday’s attack on Congress by mob rioters. He should have immediately denounced the mob when he saw what was unfolding,” said McCarthy.

He also said that Congress should enact a fact-finding mission and a censure resolution against the president instead of impeaching him.

The House of Representatives went on to impeach President Donald Trump for a second time for incitement of insurrection in a vote of 232 to 197.

Here’s the video of McCarthy’s speech: