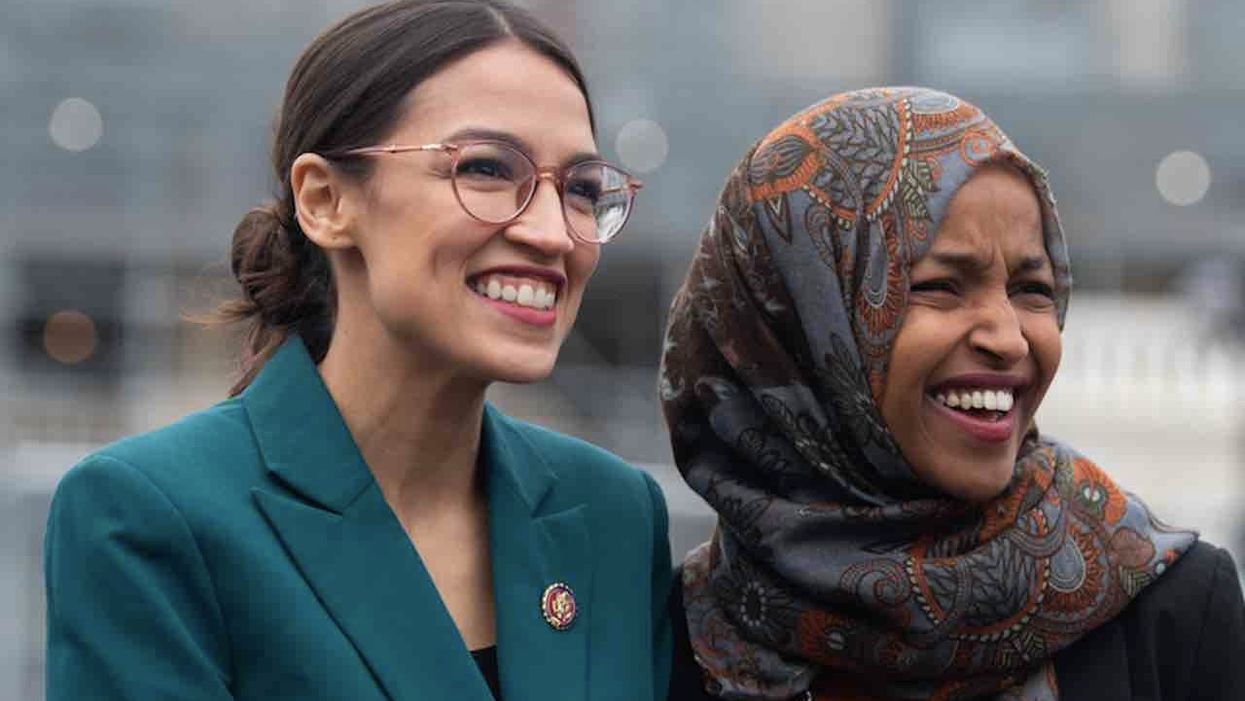 The congresswomen played the popular video game “Among Us” and livestreamed it with other gamers Tuesday night on Twitch as part of a voting outreach to young people watching on the platform, USA Today said, adding that over 435,000 people viewed the event.

Ocasio-Cortez noted at the beginning of the stream that Piker, one of the gamers, “wrangled” the event together at the last minute, the Free Beacon said.

“This guy has the understanding of foreign policy of, like, a 12-year-old,” Piker said of Crenshaw, according to the outlet. “What the f***. What the f*** is wrong with this dude? Didn’t he go to war and like literally lose his eye because some mujahideen — a brave f***ing soldier — f***ed his eye hole with their d***.”

Piker’s response? “Maybe you can chalk it up to English being my second language or whatever you want to chalk it up to,” he said, according to the Wrap.

Ocasio-Cortez was scheduled to participate in an event Tuesday evening to honor the late Israeli prime minister Yitzhak Rabin but pulled out last month after facing pressure from Palestinian activists. She has also refused to meet with multiple Jewish leaders and community activists in New York City.

Omar, of course, is well known for anti-Semitism and last year infamously characterized the events of 9/11 as “some people did something.” Ocasio-Cortez defended Omar as backlash hit due to her 9/11 statement, saying criticisms of Omar were an “incitement of violence against progressive women of color,” the Associated Press said.