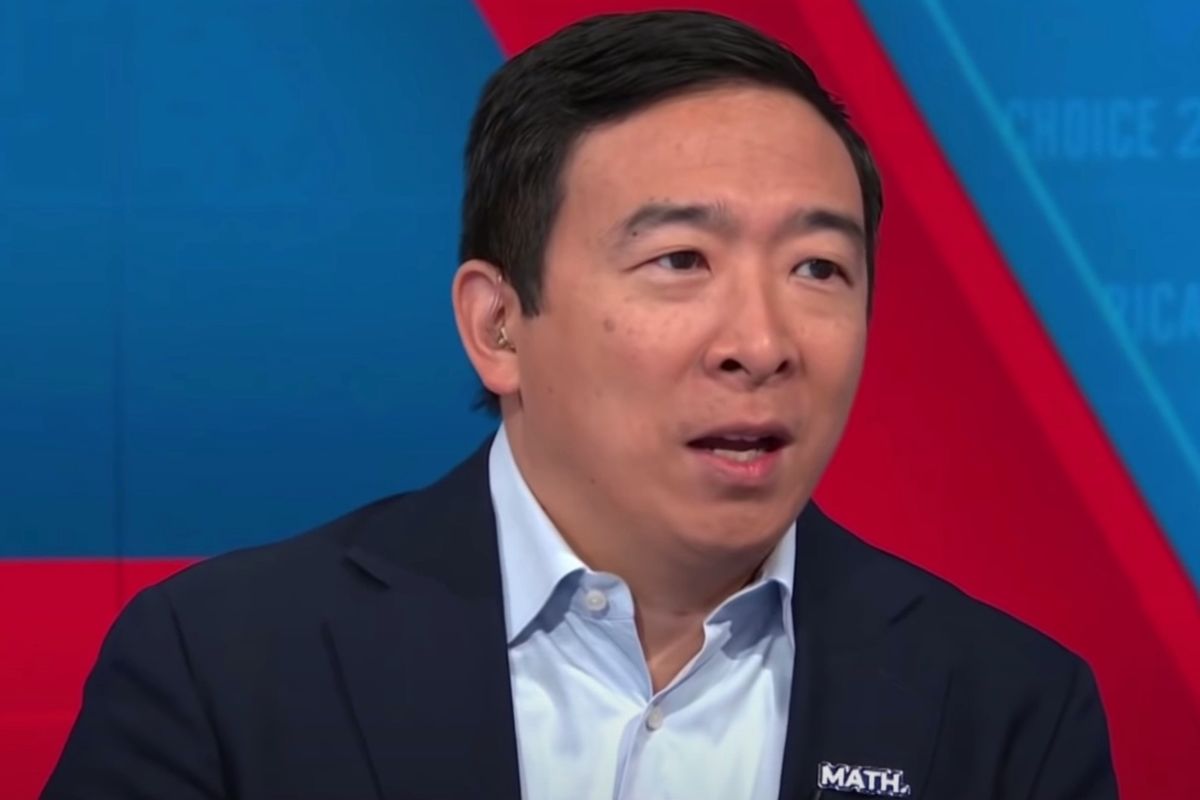 Former presidential candidate and entrepreneur Andrew Yang scolded the Democratic party on CNN on Thursday, telling them that they had lost touch with the working class, and liberals responded by excoriating him on social media.

Yang made the comments while on CNN Thursday evening discussing the results of the election and the disappointing losses to Democrats in Congress.

He explained that when he was a candidate he would tell working class Americans that he was running as a Democrat and that they they would often flinch as if he’d said something negative.

“There’s something deeply wrong when working class Americans have that response to a major party that theoretically is supposed to be fighting for them, so you have to ask yourself what has the Democratic party been standing for in their minds?” Yang said.

“And in their minds the Democratic party unfortunately, has taken on this role of the coastal urban elites who are more concerned about policing various cultural issues than improving their way of life, that has been declining for years.” he explained. “And so if you’re in that situation, this to me is a fundamental problem for the Democratic party because if they don’t figure this out, then this polarization and division will get worse not better.”

“Is that real or messaging or both?” asked CNN host Don Lemon.

“It’s real, I mean [Democratic Rep.] Debbie [Dingle of Michigan] just said they lost a plant that had 1,500 workers, and so if you’re a laid off worker from that plant and you look up and say ‘what is the Democratic party doing for me,’ its unclear!” Yang responded.

“And we can talk about a unifying message from Joe Biden, he’s a naturally very unifying figure,” he continued. “But then there’s the reality on the ground where their way of life has been disintegrating for years and if we don’t address that then you’re going to see a continued acceleration towards the institutional mistrust that animated the Trump vote and will continue to do so.”

“Your white supremacy is showing”

While Yang’s criticism of the Democratic party has been echoed by many pundits and political activists, some liberals on social media lashed out at him in anger against the constructive criticism.

“If you say ‘working class’ your white supremacy is showing THE END,” she
added in a second tweet before she made her account private.

“Andrew Yang is a clown and a buffoon who is here using antisemitic and homophobic tropes because (and this is true) he is also an a**hole,”
tweeted liberal commentator Noah Berlatsky.

“Hey @AndrewYang … you’re from New York. You were a corporate lawyer then a dot-com profiteer. You /are/ the coastal urban elite,”
tweeted journalist David Perry.

“Why doesn’t Andrew Yang take some of his gigantic pile of money an do something useful with it instead of lecturing people about needing the votes of racist s**theads because of our garbage electoral system?”
tweeted chemist Tim Dreier.

Here are the full comments from Yang on CNN: