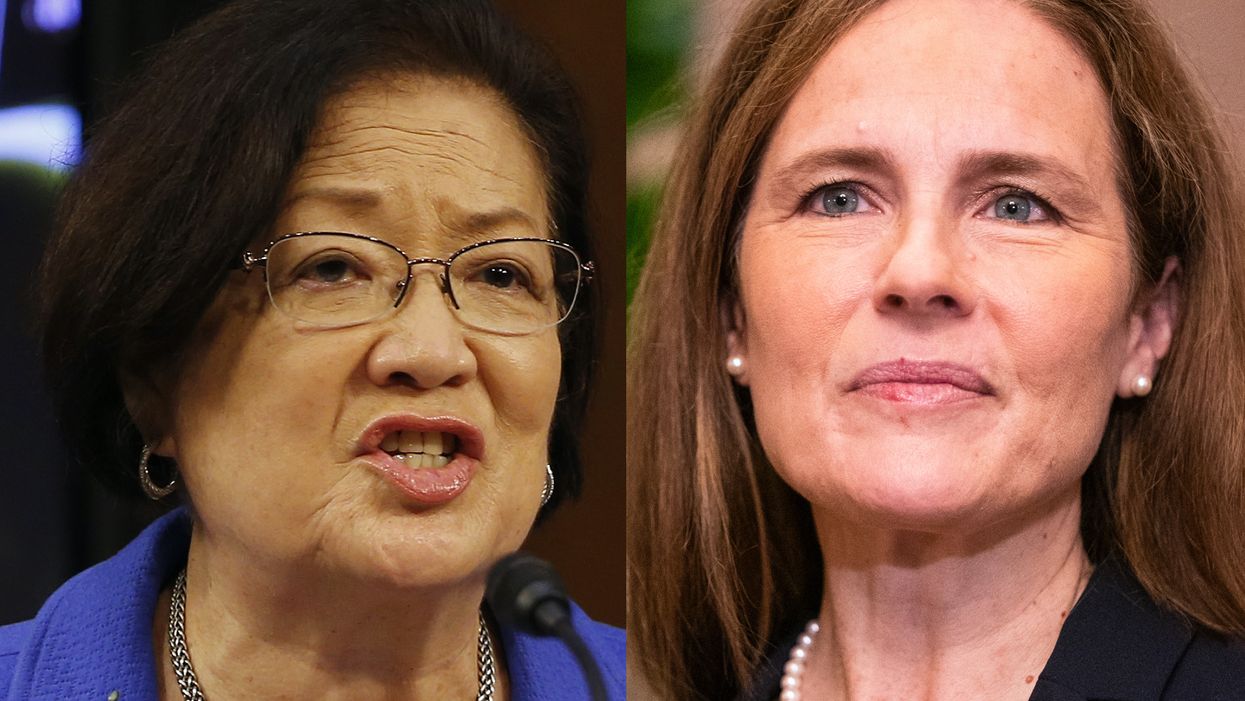 Sen. Mazie Hirono of Hawaii has been one of the most vocal Democratic opponents to the nomination of Judge Amy Coney Barrett to the Supreme Court and she manifested her fury on the Senate floor during the roll call vote on Monday.

Hirono registered her vote against the nomination by saying, “hell no!” and stomping off. Her vote was caught on video.

A clip of her petulant vote was circulated on social media:

Hirono was among the Democrats who questioned whether Barrett could be fair in her Supreme Court decisions given that she is so devoted to her Catholic faith. Others accused Hirono of religious bigotry over the suggestion.

“Look, it wasn’t her religious views — it’s anybody’s views that they bring to their decision-making,” Hirono said last month about Barrett’s faith.

“So they keep telling us that none of the things they wrote or said yesterday should infringe on their decision, but how can we be assured that they can be objective?” she added. “Why should we say you get a lifetime appointment so that you can reflect your ideological agenda in your decision-making?”

“Judge Amy Coney Barrett is a clear and present danger to the rights and protections [Ruth Bader Ginsburg] fought for. The American people are paying attention and voting,” she tweeted.

Hirono is also among the critics of the Barrett nomination who are demanding that Democrats pack the Supreme Court with extra seats for liberal justices after the election as revenge against Republicans.

Despite Hirono’s opposition and that of the Democrats, Barrett’s nomination was approved by Republicans in the U.S. Senate on Monday by a vote of 52 to 48. Barrett will take the constitutional oath in a ceremony at the White House administered by Supreme Court Justice Clarence Thomas.

Here’s more about the vote to put Barrett on the Supreme Court:


Amy Coney Barrett is confirmed to the Supreme Court 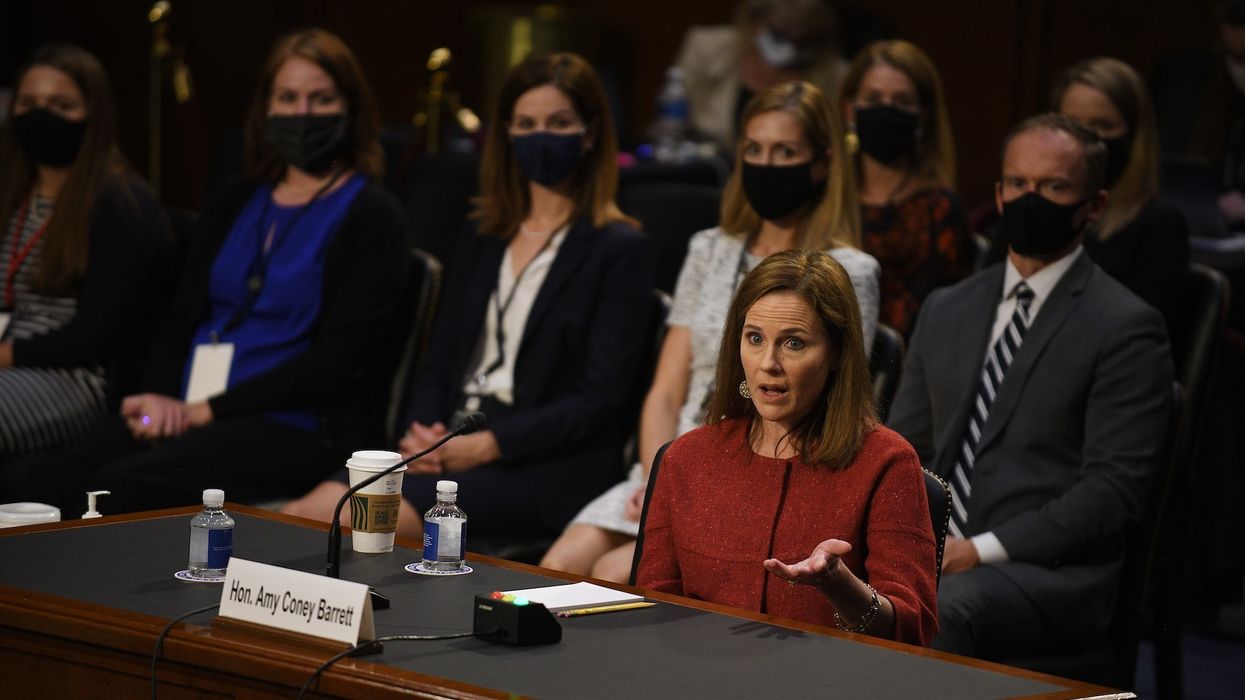 The third day of Senate Judiciary Committee hearings on Amy Coney Barrett’s nomination to the Supreme Court are set to begin at 9 a.m. ET Wednesday.

The first day of hearings on Monday saw only opening statements from committee members and the nominee.

Senators spent all day Tuesday giving speeches, advancing conspiracy theories, and peppering Barrett with questions about judicial philosophy, her family, her personal beliefs, the Constitution — and whether she has ever committed sexual assault.

During the Tuesday meeting, Barrett faced several questions from Democratic senators on how she might rule on potential cases at the high court. Each time, she responded by invoking the so-called “Ginsburg Rule,” noting it would be inappropriate to give her opinion about specific cases.

She also responded to left-wing and Democratic smears of her mixed-race family. Leftists and Democratic operatives attacked Barrett and her husband for adopting black children, which Barrett called “deeply offensive and hurtful.”

Sen. Mazie Hirono (D-Hawaii) — who relentlessly attacked and accused Justice Brett Kavanaugh during his confirmation hearings of committing sexual assault — asked Barrett if she has ever committed sexual assault.

“Since you became a legal adult, have you ever made unwanted requests for sexual favors, or committed any physical or verbal harassment or assault of a sexual nature?” Hirono asked.

“Have you ever faced discipline or entered into a settlement related to this kind of conduct?” the senator asked..

In one of the stranger moments of Tuesday’s hearing, Sen. Sheldon Whitehousej (D-R.I.) launched into a diatribe about a conspiracy that connected “dark money” and the courts.

Wednesday’s hearing offers more of the same with senators getting a second round of questions for the nominee. 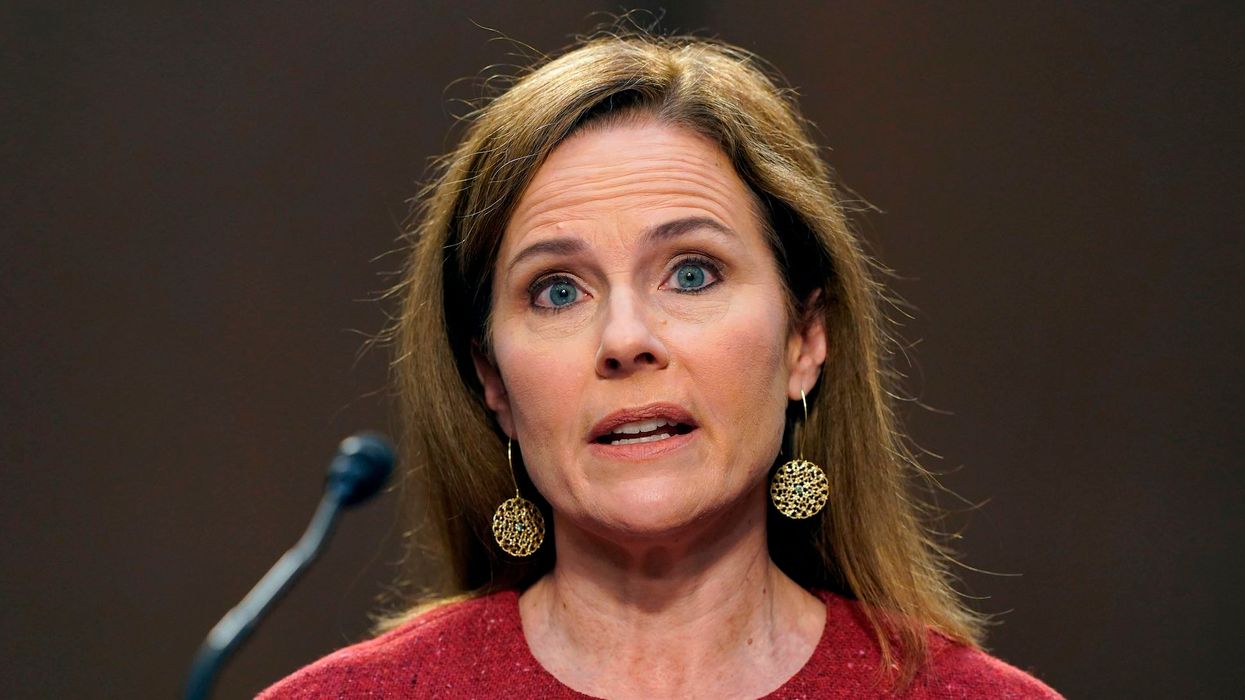 The second day of hearings for the nomination of Amy Coney Barrett to the U.S. Supreme Court begins today at 9 a.m. ET.

Monday’s hearing was full of opening statements from committee members and Judge Barrett. Some of the more notable statements came from Texas Sen. Ted Cruz (R), who noted that Democrats spent very little time discussing Barrett and her qualifications and a lot of time discussing Obamacare, and Missouri Sen. Josh Hawley, who went after the Democrats’ and media’s past attacks on Barrett’s Catholic faith. 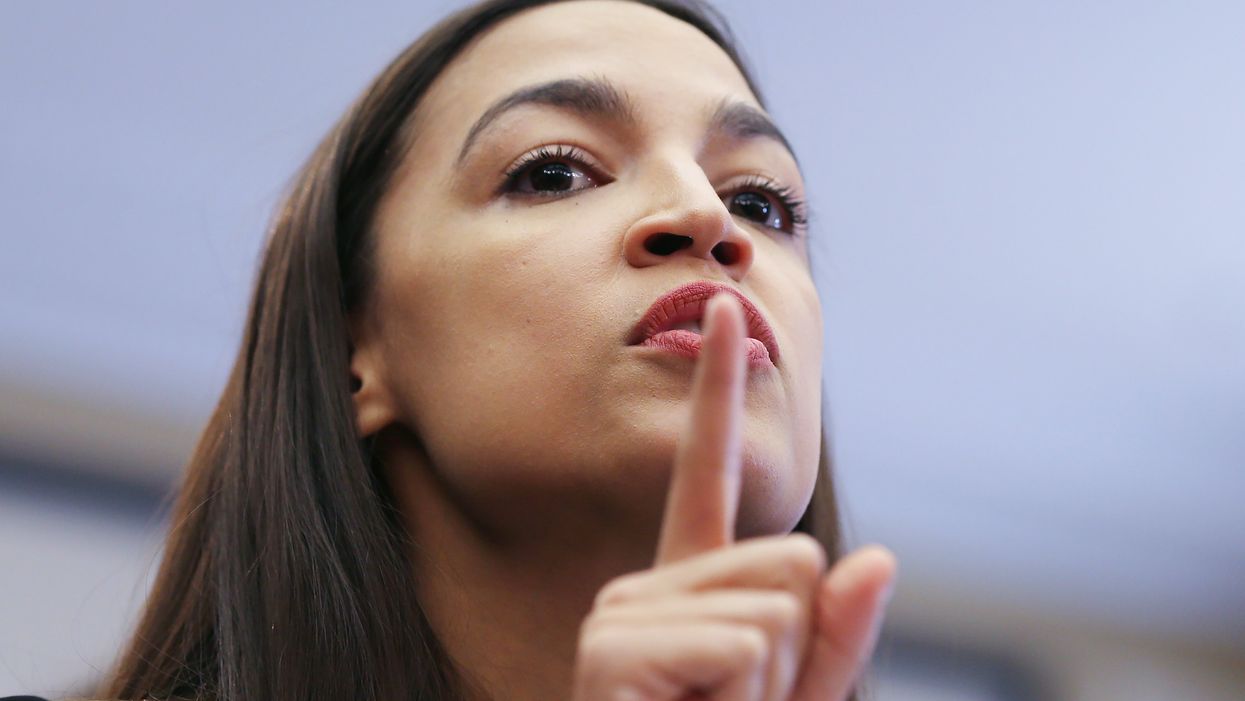 Firebrand socialist Democrat Rep. Alexandria Ocasio-Cortez of New York made a bizarre accusation against Republicans during the first day of the confirmation hearings for Supreme Court nominee Amy Coney Barrett.

Ocasio-Cortez accused Republicans of religious hypocrisy when she made the claim from her social media account on Monday.

“Sick and tired of Republicans who co-opt faith as an excuse to advance bigotry and barbarism,” tweeted Ocasio-Cortez.

Sick and tired of Republicans who co-opt faith as an excuse to advance bigotry and barbarism.

“Fact is, if today Christ himself came to the floor of Congress and repeated his teachings, many would malign him as a radical and eject him from the chamber,” she claimed without evidence.

She added a video from a liberal news outlet of her comments excoriating Republicans during a House Oversight Hearing in February on religious freedom.

“Sometimes, especially this body, I feel as though if Christ himself walked through these doors and said what he said thousands of years ago, that we should love our neighbor and our enemy, that we should welcome the stranger, fight for the least of us,” she said in the video, “he would be maligned as a radical and rejected from these doors.”

Ocasio-Cortez went on to retweet another rhetorical attack on religious conservatives from her colleague Rep. Ilhan Omar (D-Minn.), a Muslim member of Congress.

“Let’s be clear about this: if a Muslim woman was nominated to SCOTUS you would see Republicans lose their mind about her religious background,” Omar tweeted.

Let’s be clear about this: if a Muslim woman was nominated to SCOTUS you would see Republicans lose their mind abou… https://t.co/GXC71WS7BT

“‘Sharia law’ would be trending right now,” she added without evidence. “Miss me with the pearl-clutching and all this righteous talk about religious freedom.”

Republicans have defended the Supreme Court nominee from what they say are bigoted attacks from Democrats criticizing Barrett for her deep Catholic faith. Democrats have countered by accusing them of trying to advocate for far-right policies under the cloak of religious freedom.

In her opening statement to the Senate Judicial Committee on Monday, Barrett said that she would continue to consider arguments based on their merits and on what the law says, not on her own personal preference of what the laws should be.