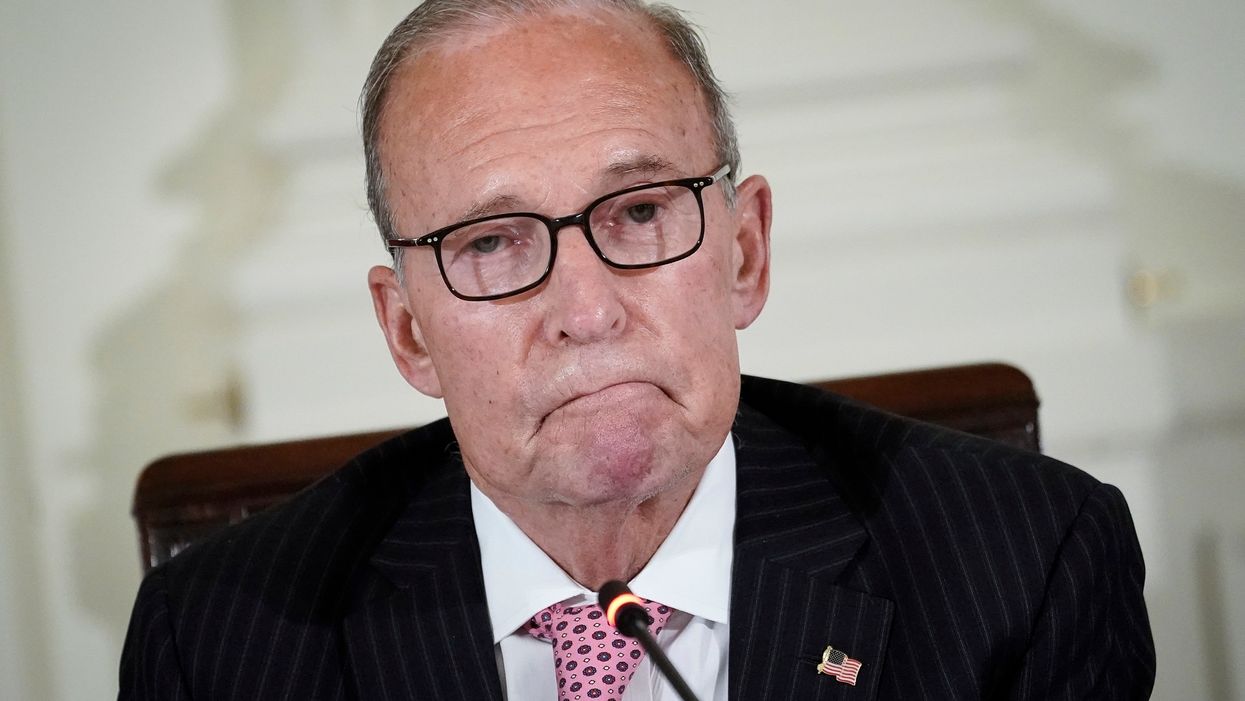 President Donald Trump’s top economic advisor, Larry Kudlow, opened up about his own past struggles with addiction on Thursday, delivering a glimpse into his past and humbly offering to others what worked for him in overcoming substance abuse.

During a roundtable discussion for the Office of National Drug Policy led by first lady Melania Trump on Thursday, Kudlow was given the floor to tell his own story.

Kudlow, the director of the United States Economic Council, began by noting that he had just celebrated 25 years of sobriety in July, before explaining, “When the president and the first lady offered me this position — which is the greatest honor of my professional life…it would not have been possible…it would not have been remotely possible. It would have been unthinkable that I could occupy such a job 25 years ago.”

“I was a hopeless abuser of alcohol and drugs,” he continued. “I had tried several times unsuccessfully to get sober. Like a lot of my peers and friends, I went through bloody hell and suffered significant consequences. I’m not alone. Most of us had the same troubles.”

The Daily Mail reported that Kudlow was a “Wall Street star in the 1990s — with chatter he could run for public office — when he revealed he left his job at Bear Stearns to enter a 12-step program in order to deal with his addictions to cocaine and alcohol.”

The outlet noted that “in 1995, his third wife Judith threatened to divorce him when he relapsed. But he did manage to make a recovery and keep his marriage.”

On Thursday, Kudlow referred to his wife of 34 years as “a saint,” saying that their marriage was able to survive “by the grace of God.” He was eventually able to get sober and remain so through the support of Judy and his friends.

“I believe sincerely today it was the best thing that ever happened to me. It forced me to change, seek a new path, return to faith,” Kudlow said. According to Fox Business, “he said that he learned God ‘could and would’ help him beat his addiction to drugs and alcohol.”

Kudlow also spoke directly to those who are currently struggling with addiction. “You will, you can get sober,” he said.

“Those who are still sick and suffering, you can. It’s not easy, but you can get sober and stay sober and you can lead a productive life, and most importantly, hopefully, like myself, we can learn to help other people,”