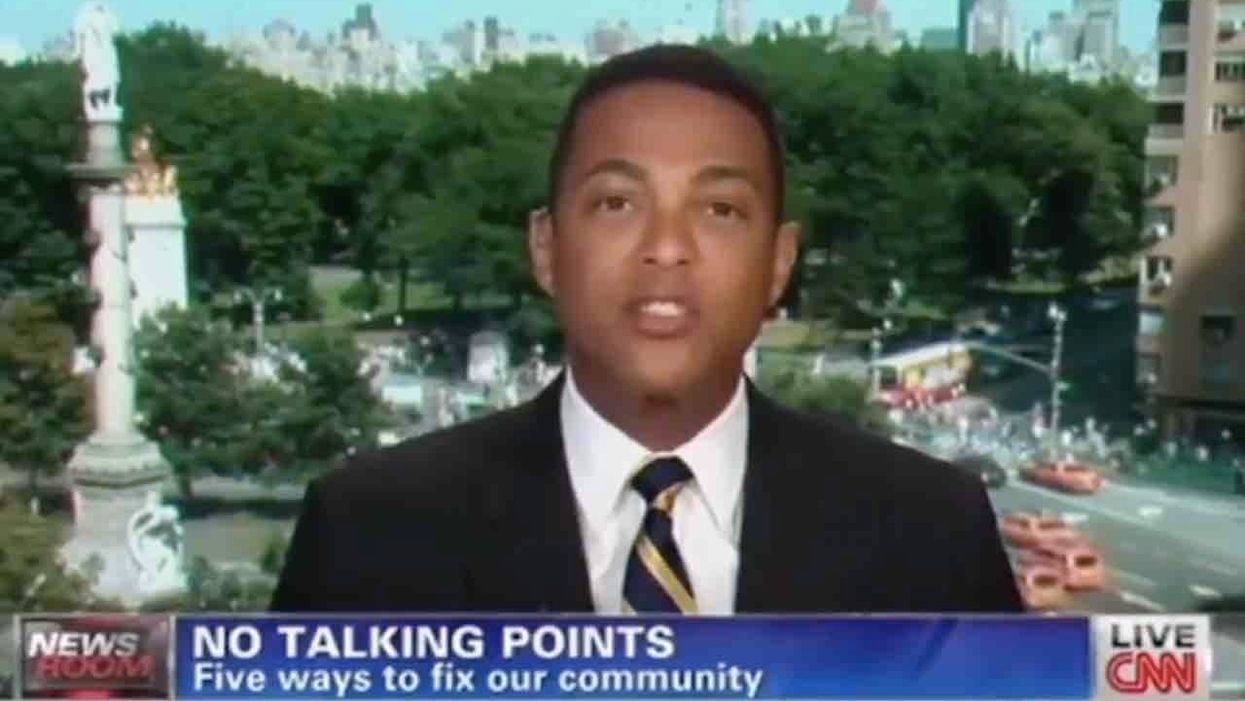 CNN host Don Lemon is well known for his far-left points of view and deep embrace of the Black Lives Matter movement, which is pushing hard to defund police around the country. Lemon earlier this week practically laughed off skyrocketing crime rates in big cities as police back off from doing their jobs and even look to quit altogether due to mounting forces against them:

Tonight on @CNN, @ChrisCuomo & @donlemon mocked the “right wing” media for claiming that crime is rising in US citi… https://t.co/34kAIE5Xsh

But Lemon didn’t always present himself this way.

Case in point is a 2013 CNN video showing Lemon shining the spotlight on problems in the black community — and actually agreeing with then-Fox News host Bill O’Reilly on the subject.

Lemon aired a partial clip of O’Reilly saying, “The reason there is so much violence and chaos in the black precincts is the disintegration of the African-American family.”

Lemon cut back to himself interjecting, “He’s got a point. In fact, he’s got more than a point. Bill?”

Back to O’Reilly: “Raised without much structure, young black men often reject education and gravitate towards the street culture, drugs, hustling, gangs. Nobody forces them to do that. Again, it is a personal decision.”

Lemon then added, “He is right about that, too. But in my estimation, he doesn’t go far enough. Because black people, if you really want to fix the problem, here’s just five things that you should think about doing.” The video shows Lemon naming points five and four: “pull up your pants” and “the N-word.”

Real Clear Politics detailed a longer version of the video in 2013, noting that Lemon said “walking around with your ass and your underwear showing is not OK. In fact, it comes from prison when they take away belts from the prisoners so that they can’t make a weapon. And then it evolved into which role a prisoner would have during male-on-male prison sex. The one with the really low pants is the submissive one. You get my point?” As for the N-word, Lemon at the time lobbied for black people to stop using it and asked entertainers to do the same.

“Now number three,” he continued in five-point breakdown. “Respect where you live. Start small by not dropping trash, littering in your own communities. I’ve lived in several predominantly white neighborhoods in my life. I rarely, if ever, witnessed people littering. I live in Harlem now; it’s an historically black neighborhood. Every single day I see adults and children dropping their trash on the ground when a garbage can is just feet away. Just being honest here.”

Lemon then addressed point number two: “Finish school. You want to break the cycle of poverty? Stop telling kids they’re acting white because they go to school, or they speak proper English. … Over the course of a career, a college grad will make nearly a million dollars more than a high school graduate. That’s a lot of money.”

He concluded with point number one, saying it’s “probably the most important” of the five: “Just because you can have a baby, it doesn’t mean you should. Especially without planning for one or getting married first. More than 72% of children in the African-American community are born out of wedlock. That means absent fathers. And the studies show that lack of a male role model is an express train right to prison, and the cycle continues. So, please, black folks … pay close attention to the hip-hop and rap culture … that glorifies everything I just mentioned: thug and reprehensible behavior. A culture that is making a lot of people rich, just not you.”