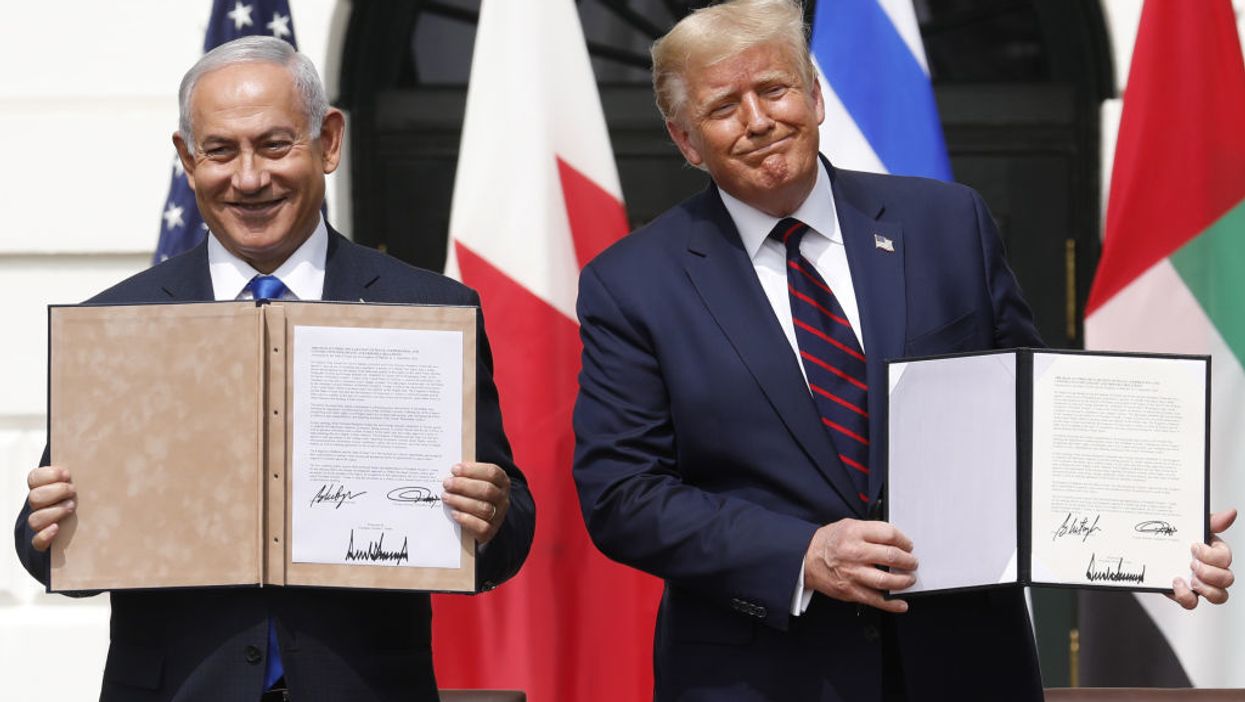 President Donald Trump claimed Tuesday that “five or six” more countries — in addition to Bahrain and the United Arab Emirates — are ready to make peace with Israel.

The comments followed historic agreements brokered by the president that normalized relations between the lone Jewish state in the Middle East and two of its Arab neighbors.

While speaking with Israel’s Prime Minister Benjamin Netanyahu at the White House ahead of the signing ceremony for the Abraham Accords, Trump said, “We’re very far down the road with about five additional countries … frankly, I think we could have had them here today.

“We’ll have at least five or six countries coming along very quickly and we’re already talking to them,” Trump continued.

“They want to see peace,” he said. “They’ve been fighting for a long time. They’re tired. They’re warring countries but they’re tired, they’re tired of fighting. So you’re going to be seeing further announcements.”

“You’re going to see a lot of great activity. There’s going to be peace in the Middle East,” Trump said later in the meeting.

The president noted that only two Arab nations, Egypt and Jordan, had made peace with Israel over the past 72 years. But now that number has doubled in the span of one month.

Trump has been lauded by many for his role in brokering the peace agreements between Israel and its Middle East neighbors. He was even nominated for a Nobel Peace Prize for his actions to secure the deal between Israel and the UAE.

If it is true that several other nations are prepared to follow suit with the UAE and Bahrain, it would become increasingly difficult for critics of the president to deny his peace-making success, though they almost certainly will try.

As for Netanyahu, he seemed elated with the developments.

“Israel doesn’t feel isolated at all,” he said, responding to a question from reporters. “It’s enjoying the greatest diplomatic triumph of its history.

“I think the people who feel isolated,” Netanyahu said, “are the tyrants of Tehran.”