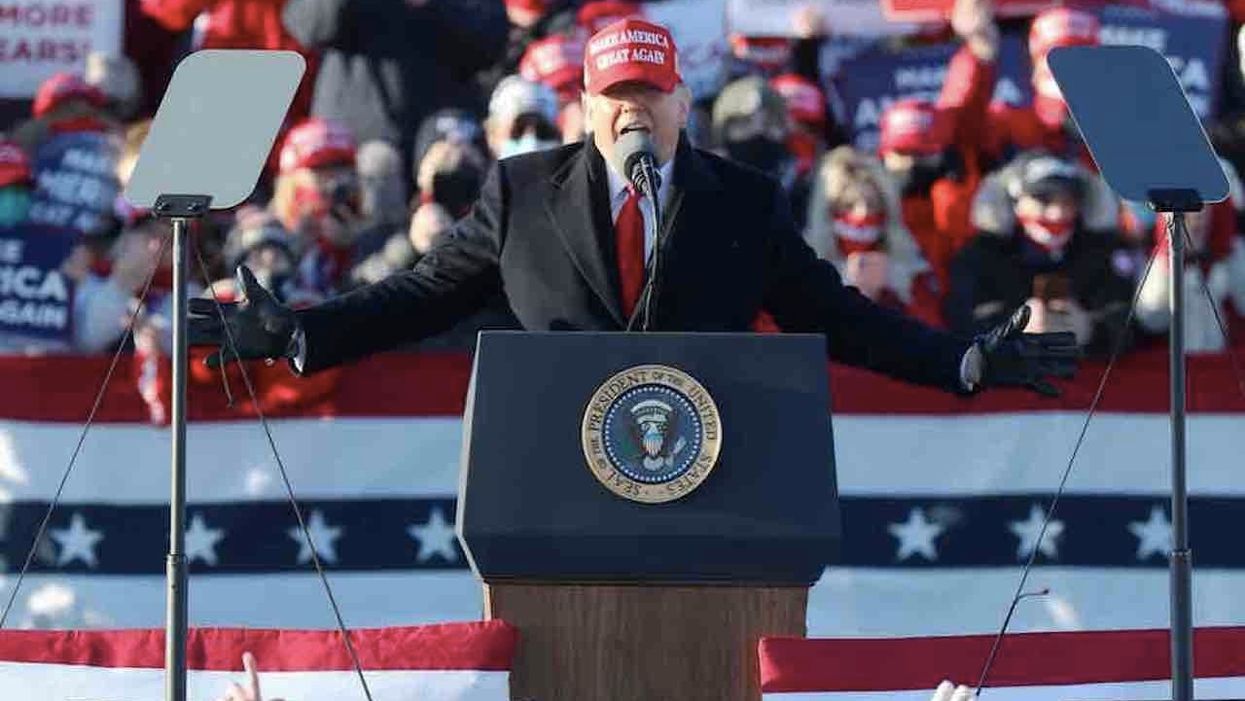 The paper said the former banker used private bookies registered on the Caribbean island of Curacao for the bet, adding that a friend of businessman said he consulted with “Trump camp insiders” beforehand — and he could get an almost $15 million payout if the president wins.

“Word of this bet has done the rounds, and we think it’s the biggest ever made on politics,” a betting industry source told the Sun.

Ladbrokes Sports said three of every four bets have been for Trump in the final week of the campaign, the paper reported.

Paddy Power said Monday that betting volume was at 93% for Trump — a whopping increase of 20% over the previous week.

Big money on Biden, too

On the other side of aisle, an individual wagered big money that Biden would triumph, the Sun said.

British bookmaker Betfair Exchange said an unnamed person in the U.K. placed $1.29 million over the weekend on Biden beating Trump, the paper noted.

Betfair said $337 million worth of bets have been placed on the 2020 election, the paper added.

“This is a huge market,” Matthew Shaddick, head of political betting at British sports betting and gambling firm GVC, told AFP news agency, the Sun noted. “It is twice as big as 2016, easily making it the biggest political event ever.”

Political betting is illegal in the United States but not overseas, the paper reported.

Betfair election expert Paul Krishnamurty told Newsweek that the large betting sums were coming in the finals days before Election Day due to the “growing confidence in the betting market,” the Sun noted.

“That’s what we always see at the end of an election where the people get more confident about the market and the big hitters enter,” Krishnamurty added, according to the paper.