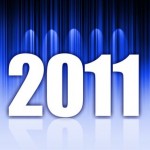 Since the start of the new year, the digital legacy space is getting lots of attention. For me personally, it’s been an exciting ride. Here’s a quick run down of the first 3 months of my year:

And that’s just my brag list. John and Evan have been getting lots of interviews and coverage of their newly released book, “Your Digital Afterlife” , which I’ll review in an upcoming post. And, on the business side, I’ll be writing about the new services on the market that I’ve discovered since the new year and some venture capital funding coming out of silicon valley.

This year, I plan to spend more time working in the digital legacy space, interviewing people about their experiences, speaking with industry professionals to understand their struggles and helping to educate people about this very important topic.

I’ll tell you about my discoveries here on Death and Digital Legacy .com and hope that you’ll join me for what will be a very interesting year.